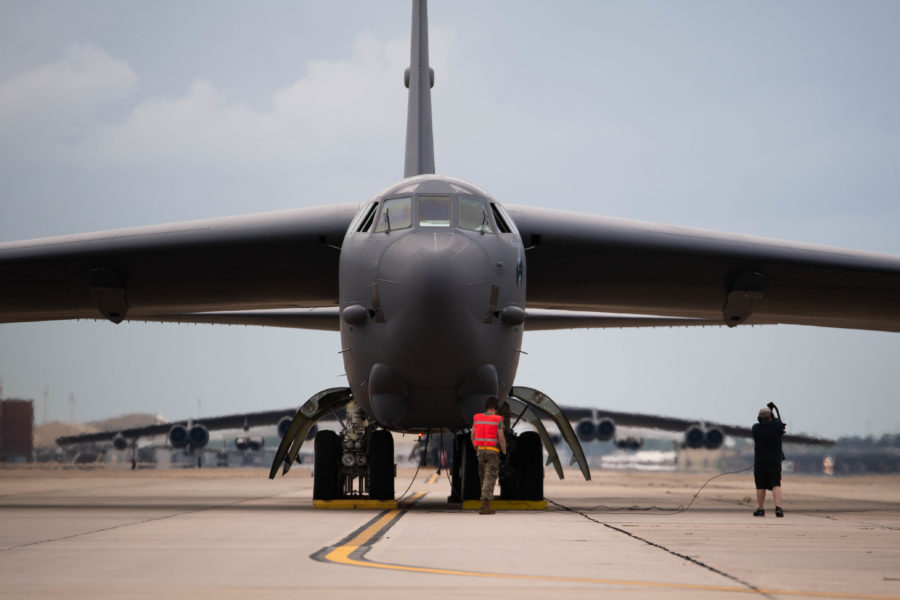 B-52s deployed to Morón Air Base, Spain, on May 17 for a bomber task force deployment, making Europe the third area of operations where Stratofortresses are operating.

B-52s are picking up the majority of bomber taskings in the Air Force as the B-1 struggles with readiness. Air Force Global Strike Command ordered a fleet-wide safety standdown last month to inspect fuel problems. Some of the Lancers have since returned to flight, but the command has not said how many.

The day before the bombers touched down in Spain, six Barksdale B-52s from both the U.S. and deployed bases conducted a “global power projection event” called Apex Charger, flying simultaneously in the Arctic, North America, western Europe, and the Indo-Pacific, according to U.S. Strategic Command.

The command did not specify the scenario that the exercise focused on, saying “this mission demonstrates the Department of Defense’s ability to command and control its bomber forces for any assigned mission anywhere in the world at any time.”

“The speed, flexibility, and readiness of our strategic bombers play a critical role in our ability to deter potential adversaries and signal our unwavering support to our allies and partners,” STRATCOM boss Adm. Charles “Chas” A. Richard said in a release. “Missions like this provide invaluable training opportunities with our allies and partners to improve our interoperability and demonstrate that our forces are capable of operating anywhere, anytime, to meet any challenge decisively.”