Skip to content
Pilots from Barksdale Air Force Base, La., and the Louisiana Air National Guard perform a flyover of the Superdome and medical facilities in New Orleans on May 1, 2020, to honor healthcare workers, first responders, essential employees, and volunteers working in the fight against COVID-19. Air Force photo by Tech. Sgt. Amy Picard.
Expand Photo 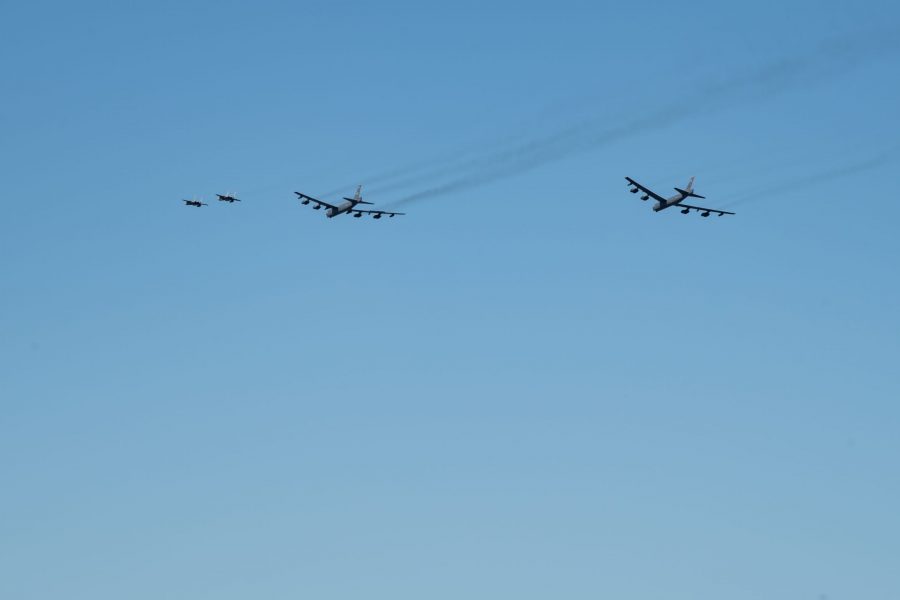 A B-52 assigned to the 2nd Bomb Wing at Barksdale Air Force Base, La., lost an access panel during a May 1 flyover to honor individuals on the frontlines of the fight against the new coronavirus in New Orleans.

“The panel landed on private property and was quickly recovered by Air Force personnel, in partnership with local authorities,” she said.

No one was injured in the incident, but a safety investigation is still planned, she said.

The New Orleans flyover was one of two undertaken by the Barksdale BUFFs and F-15 Strike Eagles assigned to the 159th Fighter Wing from Naval Air Station Joint Reserve Base New Orleans that day. The other flyover was performed over Baton Rouge.

“We thank the dedicated men and women who are on the frontline combating the COVID-19 health crisis,” Maj. Gen. James Dawkins Jr., 8th Air Force and Joint-Global Strike Operations Center commander, said in an April 30 release. “The special bomber demonstrations are not only a tribute to these individuals, but also serve as a visible reminder of Americans’ solidarity and drive during a very challenging time.”