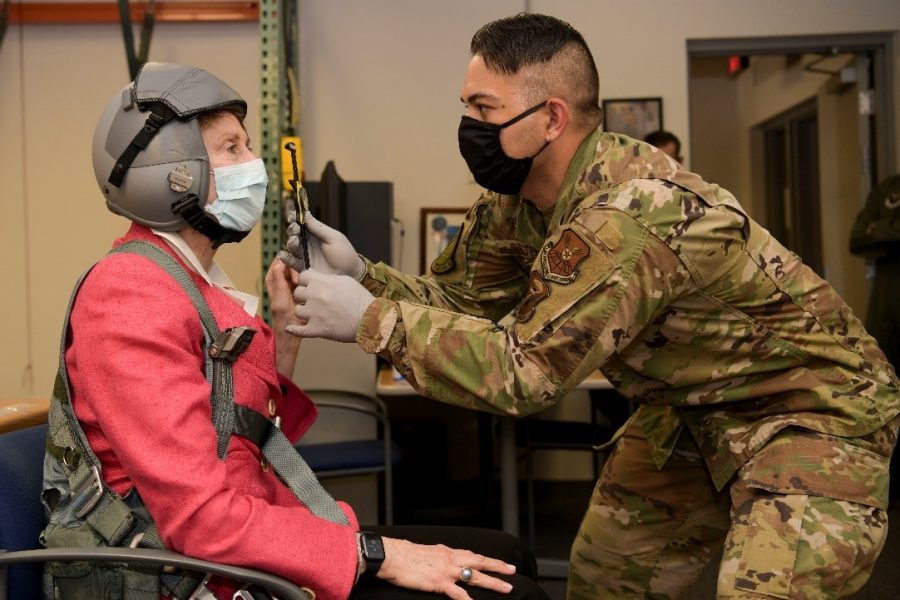 Barrett Earns Her ‘Spirit Number’ in B-2 Flight

Air Force Secretary Barbara Barrett tagged along on a B-2 Spirit stealth bomber training mission during a June 11 visit to Whiteman Air Force Base, Mo. The trip earned Barrett a so-called “Spirit number”—an honor coveted by aviation geeks the world over.

“During the nearly two-hour flight in a radius of about 200 miles of Whiteman AFB, [Lt. Col. Nicola Polidor] introduced the secretary to the procedures of a typical training mission,” 509th Bomb Wing spokesperson Tech. Sgt. Alexander Riedel wrote in a June 12 email. “Secretary Barrett, an instrument-rated pilot in her own right, was also able to take the controls of the stealth bomber during flight.”

A photo published June 11 to Whiteman’s Facebook page showed an Airman prepping Barrett—clad in a salmon-colored blazer and surgical mask—for the flight.

“Every person who has had the privilege of flying in a B-2 Spirit (military and civilian; pilots and passengers) receives a unique identifying number—their ‘Spirit’ number: Secretary Barrett is Spirit #732,” Riedel wrote.

B-2 flights like these “are fully functional and scheduled training” that helps keep USAF pilots and maintainers ready for regular missions in the dual conventional-nuclear bomber, Riedel added.