Skip to content
A T-38 Talon with the 1st Reconnaissance Squadron, Beale Air Force Base, Calif., performs a training mission over Lake Tahoe, Calif., on Oct. 9, 2020. The T-38A is a twin-engine, supersonic jet trainer that is used for pilots to remain proficient. USAF photo by Airman 1st Class Dakota C. LeGrand.
Expand Photo 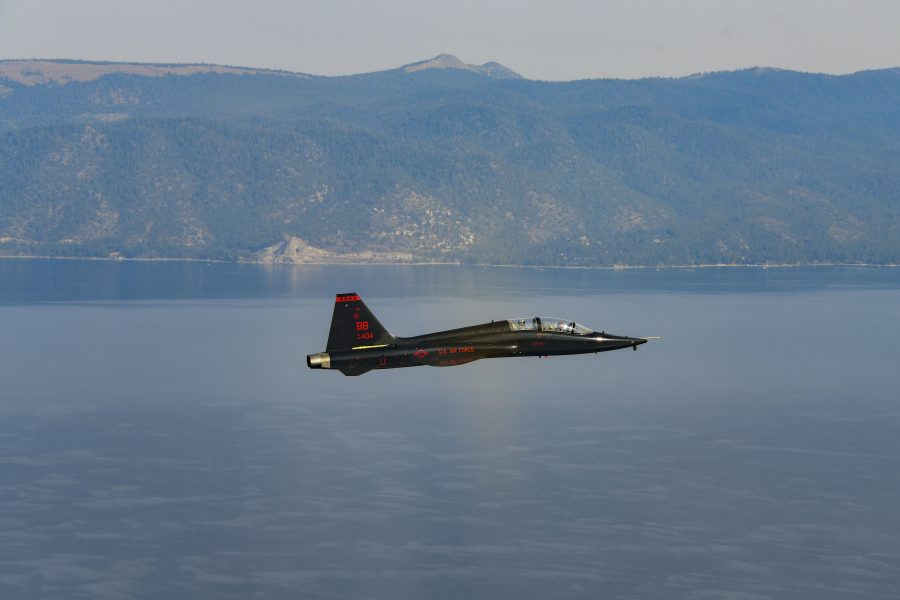 A T-38 Talon aircraft assigned to the 9th Reconnaissance Wing at Beale Air Force Base, Calif., landed at Mather Airport in Mather, Calif., with at least one of its gears up, causing a fire, the wing announced in a release.

No one was injured in the Feb. 18 incident, which remains under investigation, the release stated. It’s not clear how much damage was done to the aircraft. Fox 40 reported that two Airmen were aboard the trainer at the time.

The airport, which Beale uses for training missions, formerly housed Mather Air Force Base, which halted operations in the early 1990s before being repurposed “for civilian aviation purposes,” according to a Sacramento County web page about the airport’s history.