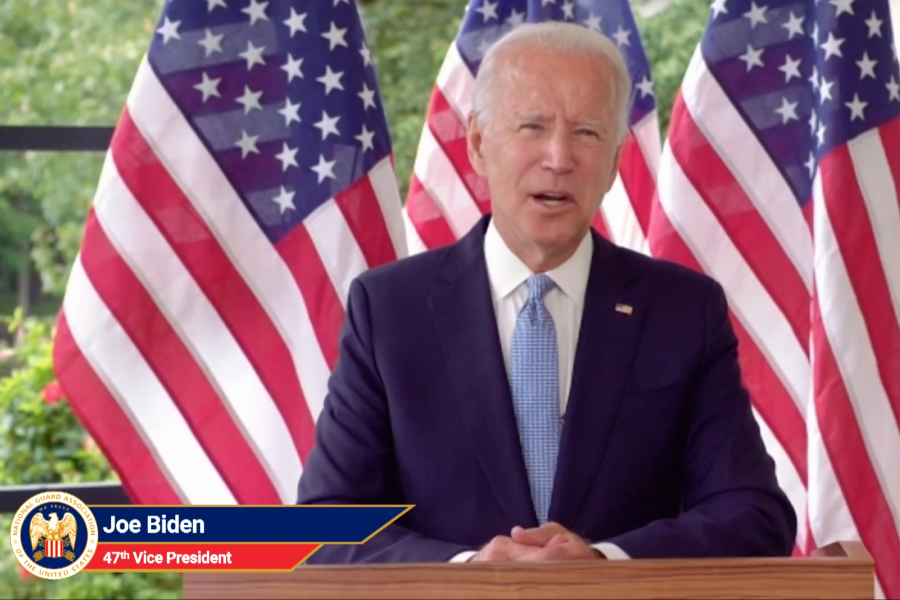 The National Guard is the “backbone of our nation,” former Vice President Joe Biden told attendees of the virtual National Guard Association of the United States conference in a speech Aug. 29.

Biden said that if he is elected President, he will relaunch the Joining Forces initiative, which was originally created in 2011 by his wife, Jill, and former First Lady Michelle Obama to support troops, veterans, and military families.

Biden, like many of the other speakers at the virtual conference, highlighted some of the disparate missions the National Guard has responded to this year: Supporting COVID-19 testing and relief efforts, helping keep the peace during protests over racial inequality, leading the responses to devastation from hurricanes and other natural disasters, and fighting wildfires in California and Colorado.

Early in 2020, it became clear the National Guard motto of “Always Ready, Always There,” would be put to the test, said Lt. Gen. Michael A. Loh, director of the Air National Guard.

“The Air National Guard has demonstrated just how ready we are to take on an incredibly diverse set of domestic operations,” Loh said, quipping that while 92 percent of their equipment is dual use, “It quickly became apparent that 100 percent of our incredible Airmen are absolutely dual use.”

“When calamity strikes, whether at home or abroad, your National Guard is there,” Loh said, “And 2020 does not seem to want to let up.”

But as “interesting” as 2020 has been, National Guard Bureau Director Gen. Daniel R. Hokanson said, it is “just the most recent example of what we have done for over 384 years: delivering combat readiness and response capability and capacity when our nation needs us.”