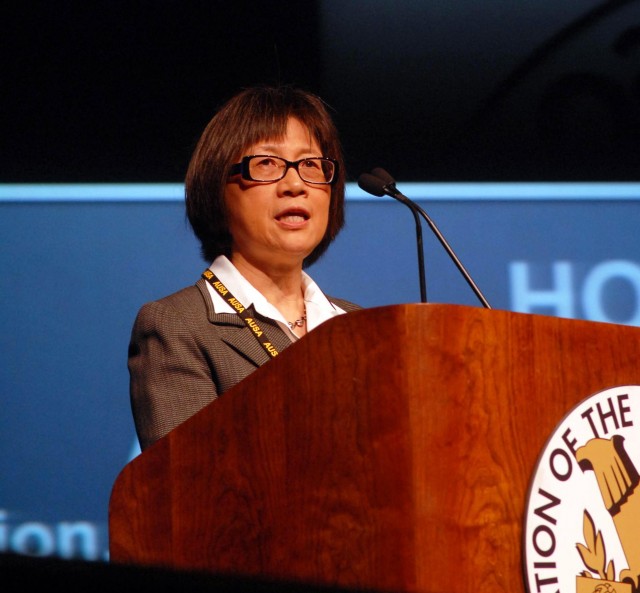 President Biden nominated Heidi Shyu, formerly the Army’s acquisition executive in the Obama administration, as undersecretary of defense for research and engineering. In that role, if confirmed, she would oversee and manage the Pentagon’s technology development enterprise.

Shyu, 67, worked at Raytheon for many years, managing the company’s electromagnetic systems lab, and was director for integrated radar/electronic warfare sensors on the F-35 Joint Strike Fighter. She also oversaw the company’s unmanned aircraft efforts and served as corporate vice president for technology and research and vice president of technology strategy for Raytheon’s space and airborne systems unit.

Since 2016, she has served on the board of trustees at The Aerospace Corp.

“She is an extraordinary engineer, one of our nation’s leading experts in electronic warfare and radar systems. Heidi knows the Air Force extremely well, having served eight years on the Scientific Advisory Board, including three as the board chair,” said Lewis, now the director of the National Defense Industrial Association’s nonpartisan Emerging Technologies Institute.

She will be “a champion for science and engineering” and leverage her “extensive leadership experience from her many years in industry” as well as from her Army acquisition position, Lewis said.

Shyu was born in Taipei, Taiwan.