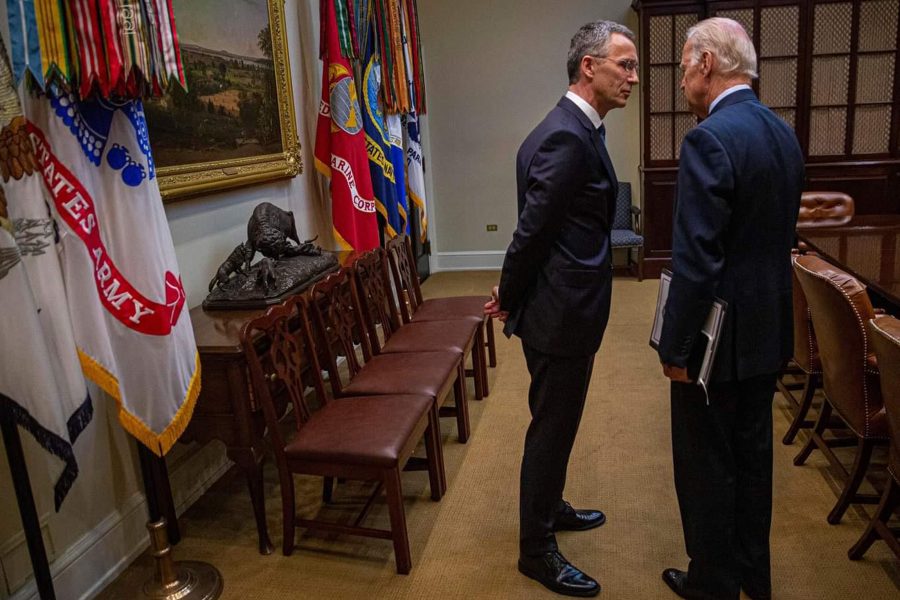 President Joe Biden told American allies they’ll have a friendlier partner in the White House, pledging to renew cooperation and marking a stark departure from the Trump administration’s frequent threats to withdraw from alliances, and its transactional approach to bilateral and multilateral agreements and arms sales.

Addressing himself to “those beyond our borders,” Biden said, “America has been tested. And we’ve come out stronger for it. We will repair our alliances and engage with the world once again.” The U.S., he pledged in his inaugural address, will “lead not merely by the example of our power, but by the power of our example,” and the U.S. will be “a strong and trusted partner for peace, progress, and security.”

NATO Secretary-General Jens Stoltenberg congratulated Biden on his inauguration and marked it as the “start of a new chapter for the transatlantic Alliance.”

The NATO alliance has been the bedrock of member security for more than 70 years, Stoltenberg said, and the “U.S leadership remains essential as we work together to protect our democracies, our values, and the rules-based international order.”

Ursula von der Leyen, president of the European Union Commission, said there’s a “friend in the White House” again. Biden’s inauguration signals a “new dawn in America,” which the EU “has been waiting for [for] so long. Europe is ready for a new start with our oldest and most trusted partner.” She also said the EU views Biden’s swearing-in as “the starting point for our renewed cooperation.”

Stoltenberg said NATO allies must “stand together” to address the rise of China, the continuing threat of terrorism, “including in Afghanistan and Iraq,” and “a more assertive Russia.” NATO represents a billion people and half the world’s economic and military might, Stoltenberg added, and “none of us can face these challenges alone.”

Trump had threatened to leave NATO, saying U.S. allies in Europe were not “paying their dues,” meaning some members were not reaching the alliance goal of spending two percent of GDP on defense. Trump also reined in foreign aid, while at the same time launching a more merchant-like tone in offering American weaponry for sale, with fewer restrictions and questions asked about customers’ human rights records.

Some NATO allies did increase their defense spending in the wake of Trump’s threats, although European leaders chalked this up to a more belligerent posture and threatening rhetoric by Russia in the same period.

The attitude toward alliances was a point of heavy friction between Trump and his first Defense Secretary James Mattis, who worked to reassure American partners of U.S. reliability and commitment to joint defense. Mattis ultimately resigned in late 2018 after Trump announced a quick withdrawal of American forces from Syria.

Trump’s antipathy to allies, which he frequently portrayed as sponging off U.S. military capabilities, was belied by his own 2018 National Defense Strategy, which put alliances front and center for dealing with security challenges worldwide. The NDS pointedly says the U.S. will rely on allies to provide the additional capacity and capabilities necessary to deter powers like China and Russia, and these relationships are foundational to U.S. security.

Biden’s nominee to be Defense Secretary, former Army Gen. Lloyd Austin, said at his Nov. 19 confirmation hearing that he plans to review and update the NDS, and also will likely conduct a fresh Nuclear Posture Review. Austin said he is personally supportive of the nuclear triad and does not believe the U.S. should eliminate the land-based ICBM leg, as has been suggested by some Democratic lawmakers.

Biden’s choice for Secretary of State, Antony Blinken, said in his confirmation hearing that he plans to engage quickly with Russia to extend the New START agreement, which expires Feb. 5. It will be up to Biden, Blinken said, to decide how long of an extension the U.S. will seek.

The current treaty provides the option to extend for up to five years, but the Trump administration, which has long said it wanted a new strategic arms treaty that included China, was pushing for a one-year extension. However, the administration struggled to convince China, which has a far smaller strategic arsenal than either the U.S. or Russia, to take a seat at the table.