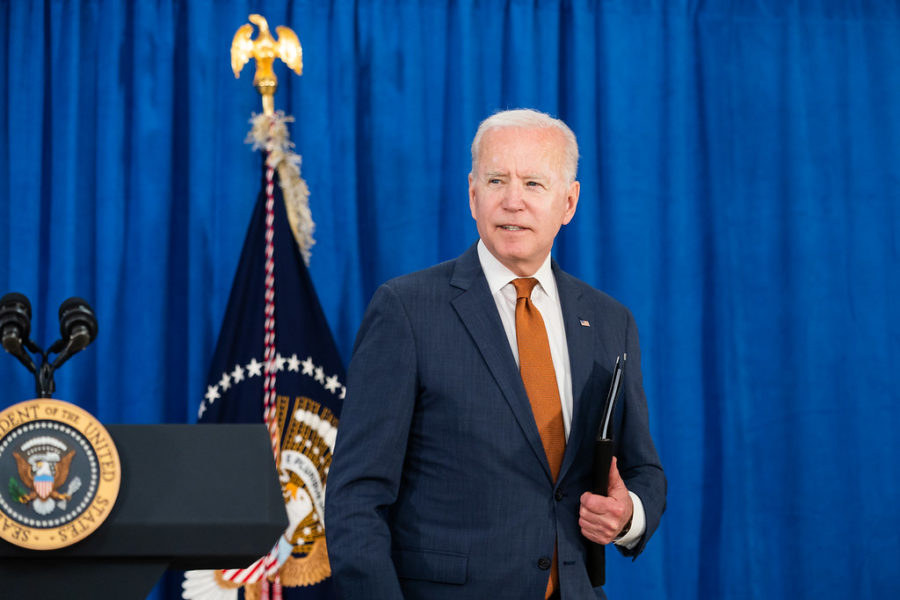 President Joe Biden on June 29 laid out his case to Congress for the airstrikes two days earlier that targeted Iranian-backed militias in Syria, as Congress is pressing to assert its control over war-making decisions and to repeal older authorizations for military force.

“I directed the June 27 strikes in order to protect and defend the safety of our personnel, to degrade and disrupt the ongoing series of attacks against the United States and our partners, and to deter the Islamic Republic of Iran and Iran-backed militia groups from conducting or supporting further attacks on United States personnel and facilities,” Biden wrote in a letter to Speaker of the House Rep. Nancy Pelosi (D-Calif.) and Senate President Pro Tempore Sen. Patrick Leahy (D-Vt.). “In support of these aims, the targeted strikes were directed at facilities used by groups involved in these ongoing attacks for weapons storage, command, logistics, and UAV operations.”

The airstrikes, from USAF F-15 and F-16 aircraft, targeted three facilities in rural areas near the Syrian-Iraq border. The buildings “have been involved in a series of unmanned aerial vehicle and rocket attacks against United States personnel and facilities in Iraq. These militia attacks have escalated in recent months,” Biden wrote.

Biden said his letter is consistent with the War Powers Resolution to keep Congress informed, though some lawmakers following the attacks called for more advanced notice of such attacks.

“Both the Constitution and the War Powers Act require the President to come to Congress for a war declaration under these circumstances,” said Sen. Chris Murphy (D-Conn.), the chairman of the U.S. Senate Foreign Relations Subcommittee on Near East, South Asia, and Counterterrorism, in a statement.

Sens. Bob Menendez (D-N.J.) and Jim Inhofe (R-Okla.) said the attacks showed the need for a look at the current Authorizations on the Use of Military Force and a possible replacement.

The House of Representatives has taken multiple votes to that end. On June 29, the House voted 366-46 to repeal an AUMF enacted in 1991 in advance of the Gulf War and another authorization passed in 1957 during the Cold War. The House earlier this month voted to repeal the 2002 AUMF enacted for the war in Iraq. The body has not scheduled a vote to repeal the often-cited 2001 AUMF that was passed following the 9/11 attacks. Similar measures are in the works in the Senate.

The White House and the Pentagon have said the June 27 airstrikes are legally justified by Article II of the Constitution, outlining the President’s responsibility to protect Americans. “The President was operating clearly and unequivocally inside his Article II authorities for self defense,” Pentagon spokesman John F. Kirby said June 29.

The day after the June 27 airstrikes, militias fired rockets at U.S. positions inside Syria, and American troops in turn responded with artillery fire. Kirby said the rockets hit two buildings at a U.S. base, though no casualties were reported.

“I’m not in a position to get into specifics about the number of rockets, and we’re still assessing the attribution on this,” Kirby said, adding that the Pentagon is “working under the assumption that they were fired by Iran-backed militias or militia.”