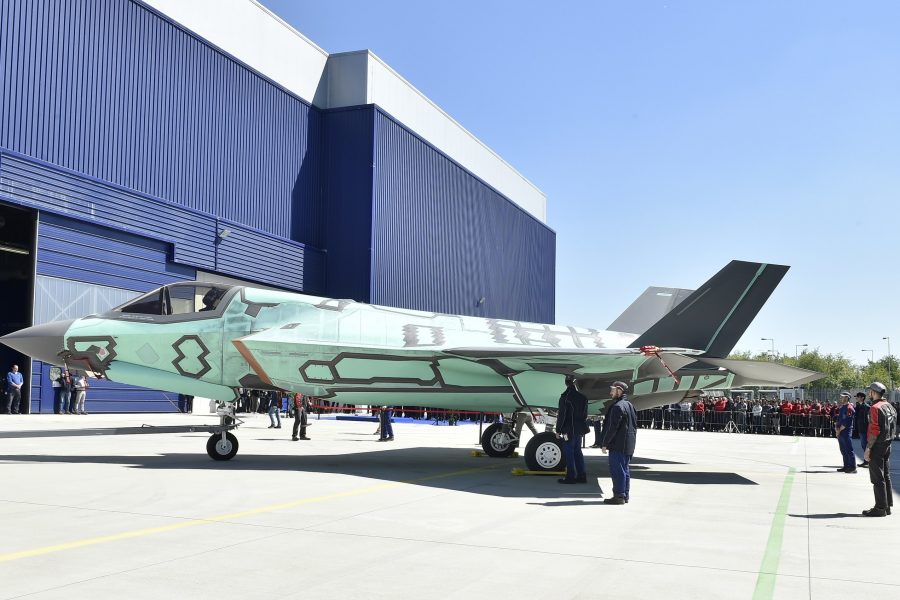 Editor’s Note: This story was updated at 7:36 p.m. on March 17 to include additional information from Lockheed Martin.

The Pentagon has started a daily dialogue with its top vendors as it attempts to measure and mitigate the impact of the COVID-19 crisis on the defense industry. Meanwhile, Boeing and Lockheed Martin said production on major acquisition systems like the KC-46 tanker and F-35 strike fighter will continue.

Under Secretary of Defense Ellen Lord held her first call with members of the Aerospace Industries Association, National Defense Industrial Association, Professional Services Council, National Association of Manufacturers, and the Chamber of Commerce on March 17 to “ensure the security, reliability, and resilience of our defense industrial base and our collective effort to execute the National Defense Strategy,” said Pentagon spokesman Lt. Col. Mike Andrews in a statement. Andrews declined to provide any additional details about what was discussed on the call, saying the DOD wanted everyone to be able to speak freely.

Boeing has directed all staff who can telecommute during the pandemic to do so; however, production and fabrication on the KC-46, F-15, F/A-18, and T-7 continue, with enhanced hygiene on the production line, a company spokesman said.

“Boeing has issued updated guidance directing all employees who are able to perform their work from home effectively to telecommute until further notice,” said Larry Chambers, company spokesman, in response to a query from Air Force Magazine. “Some Boeing sites were already partially or fully operating under these guidelines in accordance with local or national government mandates,” he added.

“We’re assessing the safety of all of our sites and their alignment with local, state, and national government guidance as we continuously monitor this evolving situation,” Chambers said. Team leaders are working with employees, and the company will follow government direction to implement guidance as necessary to “ensure the health and wellbeing” of employees and their communities.

Similarly, production of the F-35 will continue despite temporary line stoppages in Italy and Japan, and the Pentagon is staying in regular contact with its top vendors.

Italy’s F-35 Final Assembly and Check-Out (FACO) facility closed March 16 and 17 for a “deep cleaning,” according to a source familiar with the program, but production of parts and other line activities will resume on March 18. Japan’s F-35 FACO in Nagoya also was closed March 9-13, but is back up and running again, sources said. One reported that Nagoya, run by Mitsubishi Heavy Industries, was already well ahead of its production goals so there should be “no impact” from the temporary stand-down.

Lockheed is not anticipating “any significant impact on the supply chain” from its worldwide vendors, according to a source familiar with the program.

The company has not initiated any testing of workers and is not changing production techniques for those who must work in close quarters on the project. Though some workers have self-quarantined because of exposure to Covid-19 or because they are feeling sick, it has not been a significant-enough number to affect production, sources reported.

“Employees with potential exposure are instructed to work remotely and self-quarantine,” Lockheed spokesman Brett Ashworth said. The company is pre-screening visitors at company locations and limiting them to only those “necessary for business.”

When circumstances warrant, “we will deep clean work areas and common spaces in any facility with elevated exposure to Covid-19 and regularly share exposure-prevention protocols to reinforce healthy behaviors,” Ashworth said. “We are mitigating any potential impacts to customers and implementing business continuity plans as required, including secure telework for our customer support teams.”