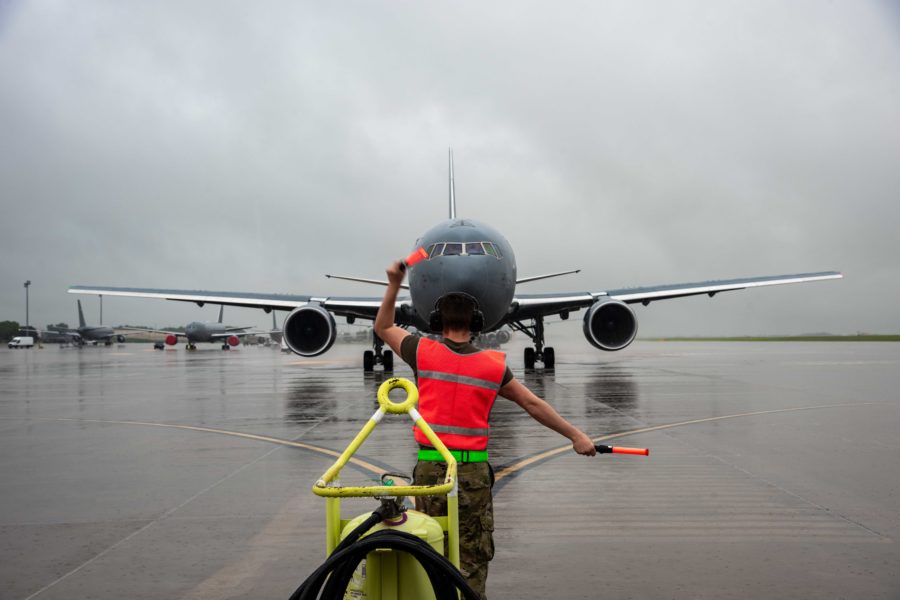 After six straight quarterly losses, Boeing reported profits of $755 million in the second quarter of 2021, a year after posting a $3.32 billion loss.

Boeing’s stock rose about five percent July 28 following the news. Boeing’s revenue rose $17 billion in the second quarter, up about 44 percent from the previous year, with much of the recovery stemming from its defense programs. The company did not report any new charges on programs that have recently faced losses, including the KC-46 tanker.

Interim Chief Financial Officer David A. Dohnalek said the KC-46 is being used more now that it is certified to refuel aircraft using the “joint force centerline hose-and-drogue system, which provides more daily operational capabilities.” The KC-46 is “of critical importance to our customer,” he said.

The company has reported $5 billion in cost overruns on the fixed-price KC-46 program so far, and the Air Force has said it is now beginning to look at a “bridge tanker” competition to replace remaining KC-135s once all KC-46s are delivered. Boeing is to supply 179 KC-46s to the Air Force.

Dohnalek also highlighted the first refueling of an F/A-18 by the company’s MQ-25 Stingray unmanned refueling jet as more progress in its military programs. He said the first mating of an Air Force T-7 front and back halves “in under 30 minutes” verified Boeing’s “model-based and 3D” and digital approach to designing and building the advanced trainer. The company also made money on its P-8 Poseidon maritime patrol plane and CH-47 Chinook helicopters.

Boeing CEO David Calhoun, on a quarterly results call with reporters, said the company’s defense portfolio is diverse and performing well. Dohnalek said the global defense market “remains strong … and stable” despite pressure on defense budgets from COVID-19 spending, and he said the defense sector provides “critical stability” for the company as it tries to recover from the world downturn in airline sales and operations. He also touted progress with the Space Launch System for NASA.

“We will continue to work with the administration and work with Congress to ensure the necessary support for these key programs [is] in place,” Dohnalek said.

Calhoun said the commercial market is still reeling from the COVID-19 pandemic but that domestic airline travel is recovering strongly. However, international travel, particularly in the cross-Pacific and Asian regions, is still struggling, and he predicted it will be two or three years before that segment recovers to pre-pandemic levels. He touted success in getting re-certification of the troubled 737 MAX program as more airlines accept deferred deliveries of the jet and new orders come in. The market for freighter aircraft has increased eight percent in the last year, he reported, noting that 72 percent of air freight is now carried by dedicated freighters, versus 40 percent pre-pandemic.