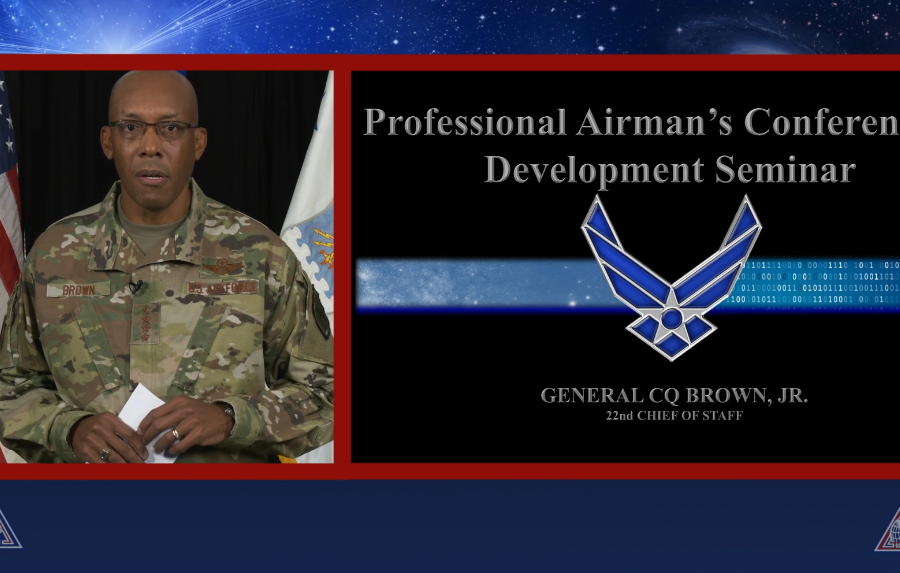 The Air Force is on a path to match its 2019 suicide level, despite a service-wide tactical pause and efforts to curb the spread, as stresses related to COVID-19 have added to the problem, the service’s top officer said Aug. 26.

“One of my concerns here is COVID adds stress and we are, from a suicide perspective, we are on a path to be as bad as last year,” Air Force Chief of Staff Gen. Charles Q. Brown Jr. said during an appearance at the Air Force Sergeants Association virtual conference. “And it’s not just an Air Force problem. This is a national problem, because COVID actually adds some additional stressors, and I would say the fear of the unknown.”

In 2019, a total of 137 Airmen took their own lives—a 33 percent jump from 2018, prompting the service to order a service-wide “tactical pause” during which wings slowed operations to discuss suicide and issues Airmen might be facing. Service leaders said the pause, and ongoing discussions, helped bring the issue forward as a major concern in the Air Force, but the pace has not abated.

Brown told Airmen watching, “I’ll be honest with the collective, we’re struggling to figure out how to deal with this.”

Research has shown that relationship problems often are a key factor, and the Air Force is trying to determine the best way to address that. An unnamed major command has been establishing a way for Airmen to seek help from a chaplain or mental health professional at a separate base to make the process more anonymous, and Brown said USAF also is looking at possible outside agencies to provide help.

“It’s very hard if you want to go see the chaplain or mental health, and you just want to keep it private, just need somebody to talk to,” Brown said. “And then [you’re] going to see [them] at the commissary, at the BX, at the gym, … how can you reach out to another location, with somebody who doesn’t know but has an expertise that can help you, or someone outside the military you can talk to if you’re having some issues.”

As part of the AFSA event, Brown took submitted questions from Airmen for the first time. The topics included:

Once there is a vaccine and “we go back to what I would call our regularly scheduled program,” Brown said he wants to ensure the service can take the best lessons learned and change how it operates. For example, production at Air Force Basic Military Training was cut roughly in half in the beginning of the pandemic, but now it’s back to almost full production, and the lessons it learned will be part of how BMT runs more effectively in the future.

“It’s just doing things differently [to] get the job done,” he said. “The key aspect for this is how do we document the things that we’re doing differently, and we make that kind of the way we’re going to do it in the future. We don’t take a step backwards.”

The Air Force is looking inward, trying to determine how best to deal with race relations. Brown said “difficult discussions” are occurring in wings and the Inspector General is studying how race impacts both promotions and military justice. There are some changes that can happen quickly, but others will take time. “Partly it’s a cultural shift, at how we operate, how we think,” he said.

The service has received tens of thousands of responses to surveys and other inputs as part of this discussion. The response to these, and related actions, will happen over time.

“What we don’t want to do is actually over promise and under deliver [and] … come back and go, ‘Hey, we can’t support that anymore,’” he said. “We’ve got to be methodical about this, so we can make it sustainable over time.”

Despite recent budget growth, the reality of the COVID-19 pandemic and the future economic outlook means the service cannot expect future spending increases. No matter the outcome of the November elections, Brown said he expects the budget topline to go down or stay flat.

For now, he does not forecast the service to have to conduct “force shaping,” or a reduction of personnel. “As a matter of fact, we’re trying to maintain the strength we have. Ideally, you’d like to get more, but our most expensive asset is our people,” he said.

The Air Force will follow the guidance from the Defense Department and national leadership with regards to force structure changes in both South Korea and Germany, he added.