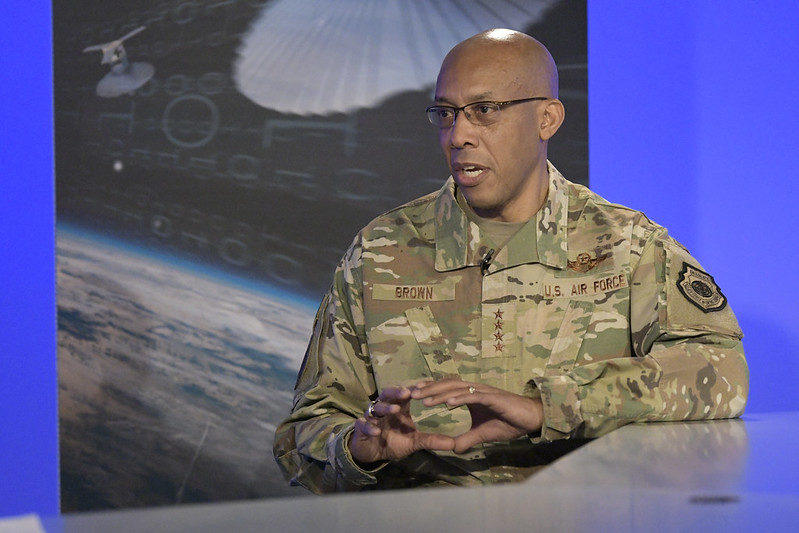 The Air Force’s new force presentation model will give Airmen more predictability in their lives and better show national leaders the costs of applying air and space power, Chief of Staff Gen. Charles Q. Brown Jr. said at AFA’s virtual Aerospace Warfare Symposium. He also better defined what “legacy” systems will have to be divested to make way for new concepts and technologies.

The new model will offer “a little more predictability” for Airmen, Brown said in a Feb. 24 streamed interview at vAWS. The new model will collect data to show where assets are coming from and what USAF can’t do if it’s tasked to do something else.

“We continue to give and give and give, which is good—flexibility is a key aspect of airpower,” Brown said. But the new model also needs to “better track our future readiness. As an Air Force, we sometimes have a hard time articulating our near-term, and longer term readiness and how it affects modernization.”

Having a new force generation model will make it “much easier to articulate” what the unintended impacts will be, Brown said. “Okay, we can deploy earlier, but you’re going to leave a hole someplace else,” he said. This is essential because of the diversity of capabilities the Air Force provides.

“This is going to help us build a tempo that’s predictable,” he said. “And then, we can use our dynamic force employment [model], but follow the business rules we have.” These deployments will be shorter, and that will be “readiness enhancing.” It will also allow USAF to return deployed capabilities to their normal training cycles more swiftly. “I find value in that,” he said, adding that the concept is still being developed.

The new construct will apply Bomber Task Forces and Dynamic Force Employments to be present in hotspots, but for less time, he said. In this way, Airmen will have more predictability about how much time they’ll be away from home, but the application of aerospace power will be more unpredictable to adversaries, he said.

Brown recently penned an op-ed in the Washington Post with Marine Corps Commandant Gen. David E. Berger suggesting more of a tradeoff between current readiness—paying for deployments, maintaining current equipment, etc.—against future readiness. Keeping “legacy” capabilities that “no longer provide an edge over competitors” will strip the U.S. of its advantages over time, the two wrote.

The two suggested “redirecting savings” from divesting older systems toward “transformative modernization” of the force, to ensure it can deal with future threats.

“We shouldn’t take all the risk in the future,” Brown said in the vAWS session.

Asked what defines a “legacy” system, Brown said it’s not necessarily something that’s old, noting that the 60-year-old B-52 will be kept in service for years to come.

“I think of it from a capability perspective,” he said. “Is the capability relevant today [and] relevant tomorrow?” If it won’t be relevant in the future, will it be “overly expensive to make it relevant for tomorrow? To me, that’s … legacy. Not something we would use 10, 15, 20 years from now.”