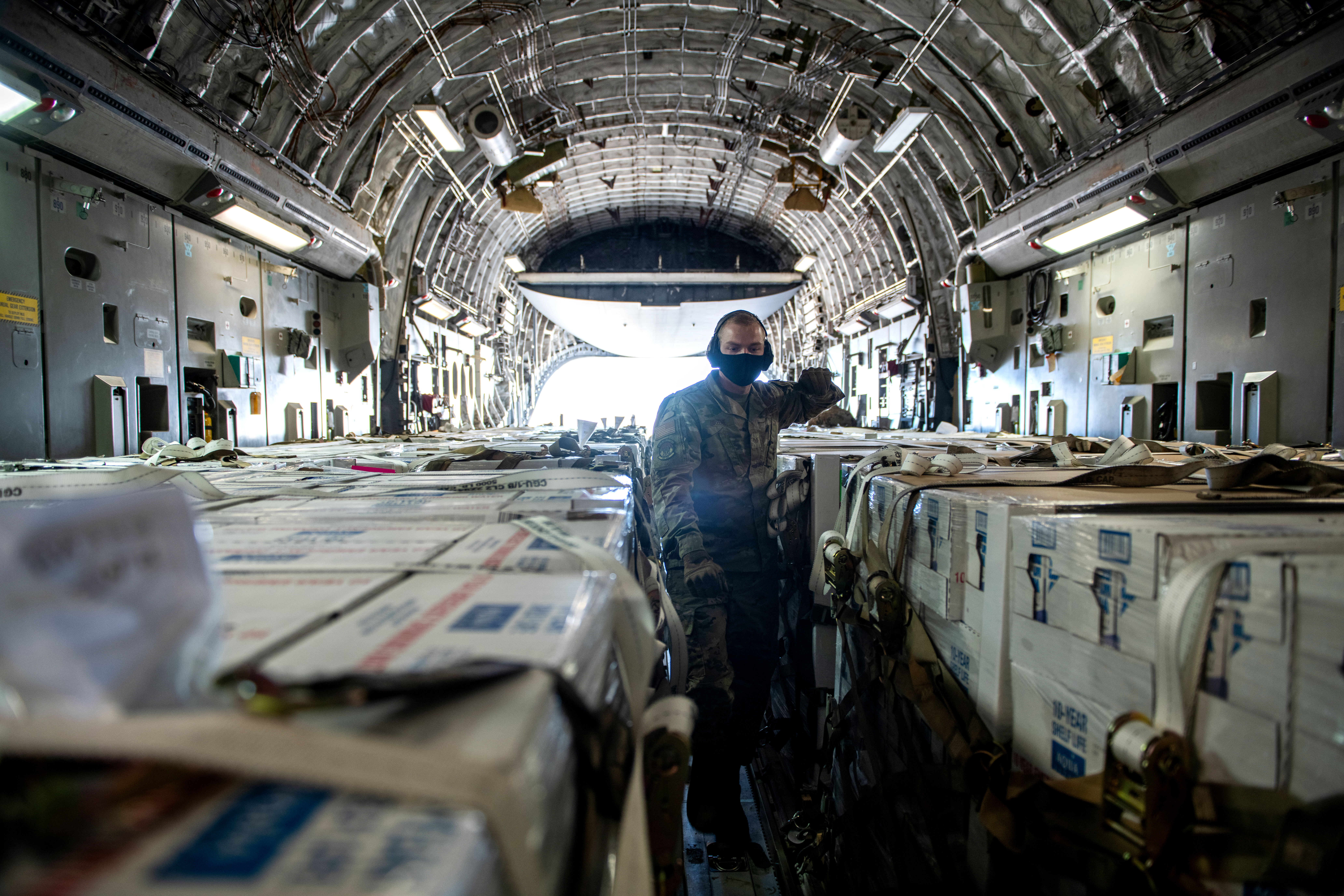 Several Air Mobility Command and Air National Guard C-17s and C-130s have delivered dozens of pallets of bottled water to help people across Texas dealing with water outages in the aftermath of winter storms.

The missions from outside the state began with one C-17 each from Travis Air Force Base, Calif., and Joint Base Charleston, S.C., flying from their home bases to Naval Air Reserve Station Fort Worth, Texas, on Feb. 19 to load bottled water provided by the Federal Emergency Management Agency. The C-17s then proceeded, one with 16 pallets to Galveston and another with 16 pallets for Corpus Christi.

At Kelly Field alone, the 802nd Logistics Readiness Squadron unloaded more than 80,000 water bottles for the city of San Antonio, according to a 502nd Air Base Wing video.

FEMA requested support from U.S. Northern Command to transport the water, with the missions conducted by Air Mobility Command and U.S. Transportation Command, according to a TRANSCOM release.

Within Texas, the 136th Airlift Wing at NAS JRB Fort Worth, Texas, has been flying regular mission to transport water and supplies across the state. This includes an expected 12 sorties alone on Feb. 23, according to the Air National Guard. The Texas Military Department said Feb. 20 that the wing and the Texas Army National Guard had flown more than a half a million water bottles in 24 hours.

At the peak of the crisis, more than 12 million people across Texas were under boil water notices, with utility companies across the state struggling to bring water pressure back after the record low temperatures, according to NPR.