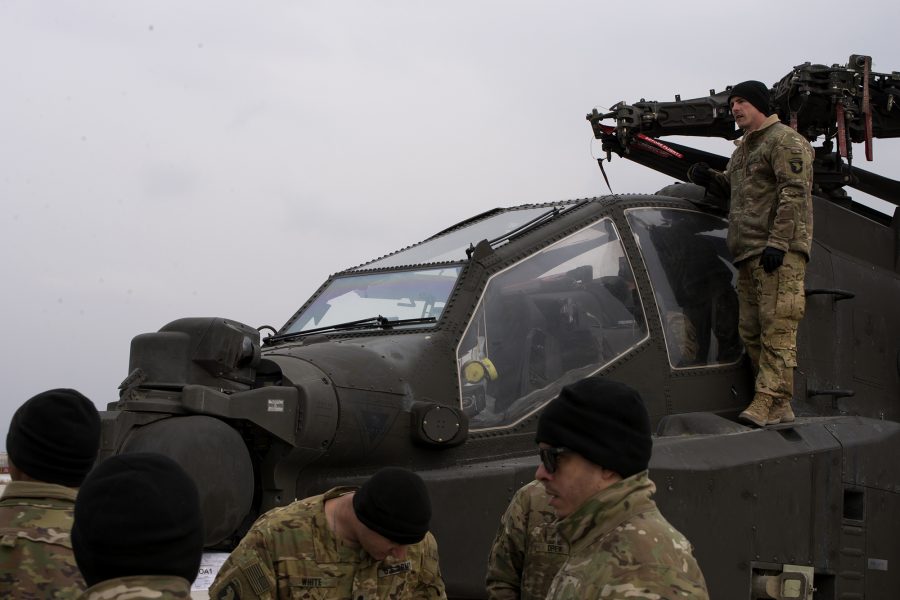 The Taliban has continued attacks on Afghan forces in the wake of the negotiated agreement with the U.S., steps that are “not consistent” with a future settlement for peace, the head of American forces in the Middle East said March 10.

For the peace deal to work, the Taliban needs to demonstrate its commitment to the process by reducing violence, and the U.S. will continue its initial drawdown while watching the conditions on the ground, U.S. Central Command boss Gen. Kenneth McKenzie told the House Armed Services Committee.

“We don’t need to trust them, we don’t need to like them,” McKenzie said of the Taliban. “We need to observe what they do and we have the capability to do that.”

There have been attacks on checkpoints and other rural locations outside of city centers, although the number is lower than it has been historically. However, McKenzie said the attacks show the Taliban is not progressing toward peace at the level needed.

U.S. Forces-Afghanistan has begun drawing down its forces to the planned level of 8,600 by summer. The future beyond that will be determined by conditions on the ground, McKenzie said. If the environment “is not permissive,” he said he would recommend not reducing the U.S. footprint any further.

“It’s not my decision, but that would be my advice,” he said.

The future state of Afghanistan will need to be decided by the Afghan government and the Taliban. The U.S. forces in the country will stand by to help the Kabul government, and at times respond to attacks when necessary.

The Taliban is focused regionally, so the bigger threat now is from ISIS-Khorasan, or elements of al-Qaeda. These groups are “under considerable pressure now from us,” and if this pressure is relieved, they could be able to regain the capability to attack the U.S.

In some parts of the country, such as ISIS-held Nangarhar Province, the Taliban has been effective in fighting ISIS.

“They’ve paid a very steep price in their own fighters. … There was very limited support from us,” McKenzie said. “It was a bloody mess, but they did it. ISIS really now no longer holds ground in Nangarhar province.”

During a separate briefing at the Pentagon on March 10, Vice Adm. William Byrne Jr., the vice director of the Joint Staff, would not provide specifics on this help, but added “that’s the hope, in that every force there is countering ISIS.”