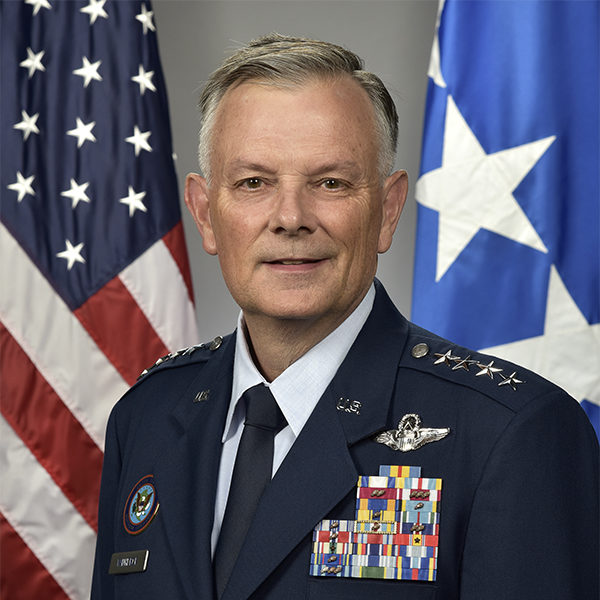 “All 11 commands endorsed every capability that we looked at, and many asked, ‘Why are we waiting? Why don’t we field these right now?’” Van Herck reported in a March 31 outbrief to reporters following the March 22-23 “Global Information Dominance 2” wargame.

VanHerck has no acquisition authority in his role, but said he wanted to “bring all the Combatant Commanders together to place a demand signal on the Department, to move quicker down the path of domain awareness, information dominance, and decision superiority.”

The exercise showed off the capabilities of software, sensors, and artificial intelligence.

“All … my objectives were achieved,” he said. His goal was to “show the incredible value of information … and how it can be used today.” The exercise demonstrated real-time value of data from the tactical to strategic levels, he said.

“If you put a bow around this, [it] would be referred to as Joint All-Domain Command and Control,” he said. The problem is that “legacy [acquisition] processes take years” while “these capabilities exist today.”

VanHerck used the exercise to demonstrate his four-pronged vision for STRATCOM: “domain awareness, information dominance … decision superiority … and global integration.” To be effective, all combatant commands must be able to cooperate in near-real time, he said.

“I need … capabilities that can help me with anything from small [unmanned aerial systems] to ballistic missiles and everything in between, from bombers to cruise missiles.”

Combatant commanders don’t want to wait for JADC2, they want to “build … and use” new JADC2 systems and make them available to allies and partners now.

Ironically, the media session was delayed by 14 minutes because the audio wasn’t working on the video conferencing system.

The experiment also sought to better connect the combatant commands with each other, especially where their areas of responsibility come together. Vice Chairman of the Joint Chiefs Air Force Gen. John Hyten has called fixing this a top priority.

Today, COCOMs overcome these gaps by means of their relationships with fellow COCOMs or among themselves, and the “operations and intel folks that work for us,” VanHerck said.

Recent exercises “exposed the absolute requirement” to overcome this problem. The U.S. command authority needs “options to respond in competition,” and not necessarily in the same domain where a competitor may have already taken action. That means a rival’s move on land could be met with a response “in sea, or space,” VanHerck said, or even in a different AOR.

VanHerck acknowledged a strong uptick in Russian military activity, requiring NORAD to fly intercept missions in the air, at sea, and undersea. The episodes are “strategic messaging,” he said, asserting that Russia wants to be seen as a player in the Arctic region, where some 25 percent of its gross domestic product is earned.

F-22s fly many of those intercept missions, but VanHerck said that’s not his call. “I can see other alternatives to an F-22 that could absolutely accomplish our mission,” he said. He needs an aircraft “able to share information, with a highly capable radar to detect low radar cross section kinds of platforms, such as cruise missiles, and with long-endurance capabilities. You can let your imagination run wild; that does not have to be an F-22.”

NORTHCOM trains with other interceptors, he said, because F-22s aren’t always available. They will “be in high demand in a crisis or conflict,” VanHerck said. They “would likely forward-deploy from the Alaska AOR.”