Skip to content
USAF CMSgt. Ramon Colon-Lopez, the then-outgoing command senior enlisted leader of US Africa Command, renders a salute during the relinquishment of responsibility ceremony which was held on Kelley Barracks, Germany, on Nov. 15, 2019. Army photo by Jason Johnston.
Expand Photo 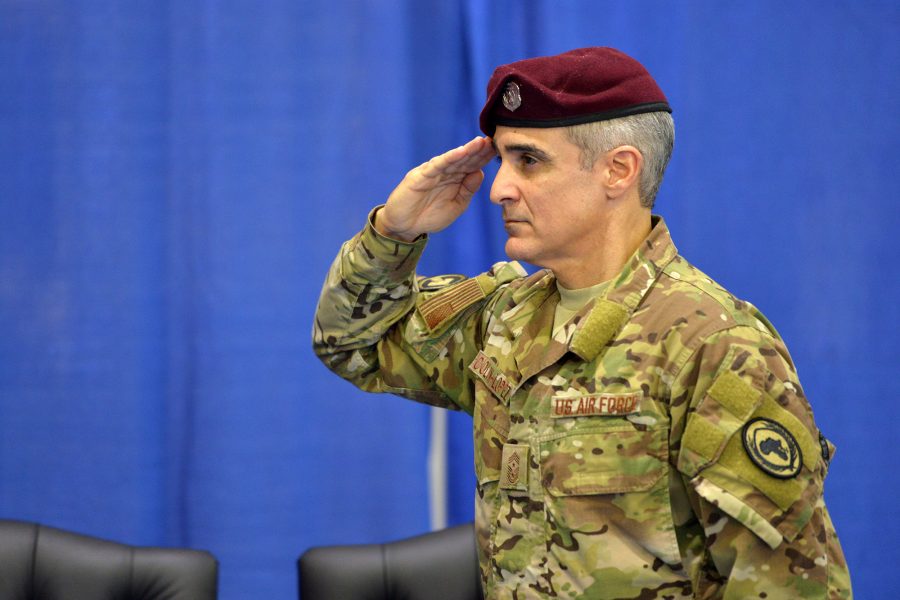 CMSgt. Ramon Colon-Lopez on Dec. 13 took over as the newest senior enlisted adviser to the Chairman of the Joint Chiefs of Staff, the top enlisted position in the military.

Colon-Lopez, who previously served as the top enlisted leader in US Africa Command, is the first airman in the job. The position of SEAC was created in 2005, and Colon-Lopez is the fourth to hold the title.

“As your SEAC, I stand ready to be beside you, to your left or to your right, ensuring to your families that you are never alone,” Colon-Lopez said, addressing enlisted service members at a ceremony.

Colon-Lopez is a pararescueman who served extensively in special operations, and he received the Bronze Star with Valor and Combat Action Medal for a 2004 mission in Afghanistan. In the mission, his helicopter was damaged by small arms-fire, and he moved through enemy fire to overrun enemy positions and suppress additional fire aimed at friendly helicopters. His team killed two and captured 10. Artifacts from that deployment are on display at the National Museum of the Air Force.

He takes over for retiring US Army Command Sgt. Maj. John Wayne Troxell. Before leaving the position, Troxell created a new rank insignia for the position, which was recently unveiled and worn by Colon-Lopez at the ceremony. The insignia is similar to that of Chief Master Sergeant of the Air Force, though it has four stars instead of two and a star instead of the wreath.

“This new insignia represents an important step in differentiating the unique roles and responsibilities of this joint position on the Joint Staff and in the Department of Defense,” Troxell said in unveiling it, according to Stars and Stripes.