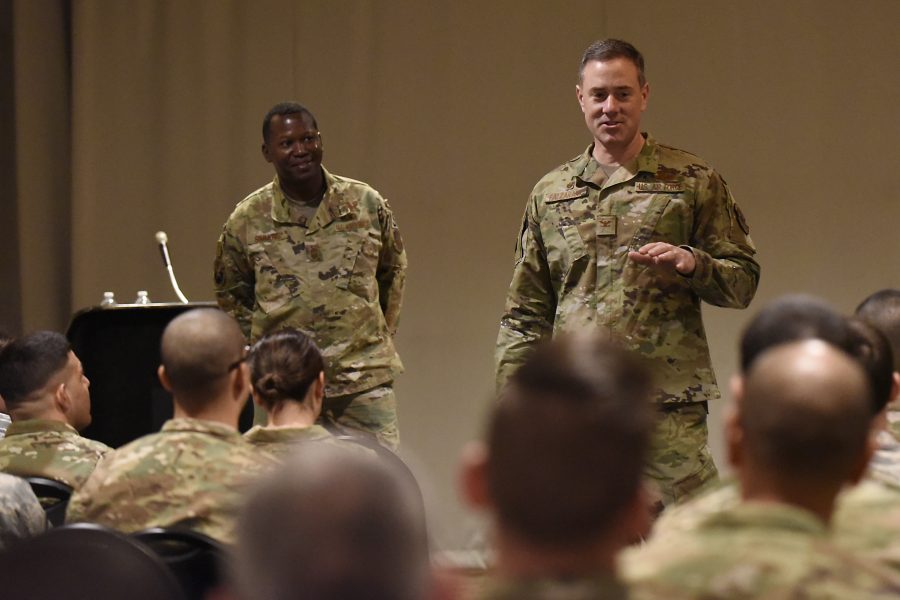 Col. Thomas Falzarano, commander of the 21st Space Wing at Peterson Air Force Base, Colo., was found unresponsive and pronounced dead at his home on May 12, the wing announced in a May 13 release.

“The cause of death is under investigation, but initial indications are that it was due to natural causes,” the release stated, adding that no signs of COVID-19 were initially discovered.

Prior to taking the helm of the 21st Space Wing last July, Falzarano served as executive officer to the commander of Air Force Space Command, according to his service biography.

His 26-year Air Force career included stints leading the 20th Space Control Squadron at Eglin Air Force Base, Fla., and the 45th Operations Group at Patrick Air Force Base, Fla., as well as assignments in Baghdad, Iraq, and at the Pentagon. An alumnus of institutions including the U.S. Air Force Academy, Air Command Staff College, and Air War College, he also held three master’s degrees.

In a May 13 Facebook post published by the wing, Johnson said that though Falzarano inspired his Airmen “to be ‘built to last,’” they had permission to grieve.

“He would want us to keep executing our mission, supporting each other, and growing our Air Force family connections,” he said in the social media statement.

Chief of Space Operations Gen. Jay Raymond recalled Falzarano as “an incredible leader, mentor, and friend who will be remembered for his warm personality and dedicated service to our nation.” Raymond called the death “a tragic loss for our Air and Space Force family.”

“Our heartfelt condolences and prayers go out to his family, friends, and all members of the 21st Space Wing,” Raymond said in the wing release.