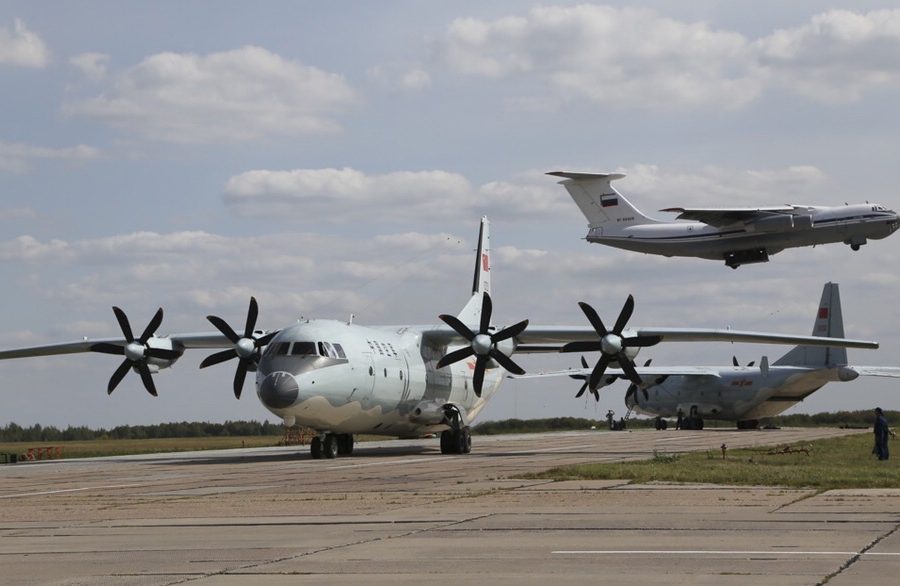 Congress wants the Defense Department to report back on North Korean weapons programs as well as growing ties between Russia and China, citing potential risks to U.S. national security.

The request, which was included in the House Armed Services intelligence and emerging threats subcommittee’s version of the fiscal 2021 defense policy bill, comes amid rising tensions, specifically with North Korea and Russia.

The committee asked the DOD to research North Korea’s chemical and biological weapons capabilities, and then report to Congress by the end of October. It also asks for assessments of North Korean domestic development and resources, and if any countries may collaborate with North Korean efforts.

The markup comes less than a week after North Korea blew up its joint liaison office with South Korea, and though no one was believed to be injured in the explosion, experts say more provocations are likely.

North Korea is believed to have one of the world’s largest stockpiles of chemical weapons, falling behind only the United States and Russia, according to the Nuclear Threat Initiative. NTI’s most recent assessment, which was last updated in April 2018, estimates North Korea has between 2,500 and 5,000 metric tons of chemical weapons. USAF assumes that if a fight does break out on the Korean peninsula, chemical weapons will be involved, the former commander of the 607th Air Operations Center at Osan Air Base, South Korea, previously told Air Force Magazine.

“The committee believes the Department of Defense should work to ensure adequate attention is given to North Korea’s chemical and biological weapons capabilities and assess readiness of the United States to combat these emerging threats,” according to the mark.

The mark also asks the Director of National Intelligence and the Defense Secretary to deliver a report on China and Russia’s relationship by March 2021. While the report would look at any military partnerships and sales between the two countries, the bill requests information on all aspects of the Chinese-Russian relationship. This includes cultural exchanges, education of STEM professionals, and collaboration on China’s One Belt One Road initiative.

Last year, Chinese H-6s and Russian Tu-95s flew together around Japan and South Korea, penetrating the Korean air defense identification zone and prompting intercepts from Japanese and South Korean fighters. Pacific Air Forces boss Gen. Charles Q. Brown Jr., who is slated to take the helm as the Air Force’s top military leader in August, called the exercise “a potential harbinger of things that could happen in the future.”

“I do have a concern that they may start collaborating or working together,” Brown said during a July 2019 AFA event. “It will make it more challenging for us and our partners, and doing things that will actually drive a rift or a wedge in certain areas.”

However, Brown told Air Force Magazine in March that even though the two militaries have exercised together—something the U.S. continues to monitor—the engagements are not integrated like typical U.S. and allied exercises. “You could probably describe it as exercising in the same location, same day; parallel play, less integration. We’re much more integrated and operable with our partners than they are,” said Brown.

Congress also wants to better understand conflicting interests between China and Russia that may limit cooperation. “I’ve asked this question rhetorically, ‘who’s going to be the junior partner?’ Because I don’t think either one of them wants to be the junior partner,” Brown told Air Force Magazine. “You don’t necessarily have to have a junior partner, but you have to have an understanding of [the relationship] between the two. There’s some natural friction that we don’t necessarily have with our partners, where we’re able to work closely together.”

The Pentagon believes Sino-Russian cooperation may threaten U.S. interests. The report will be unclassified but may have a classified annex.