Skip to content
Congressional leaders say they have reached a deal to fund the government through Feb. 18, 2022. Architect of the Capitol photo via Twitter.
Expand Photo 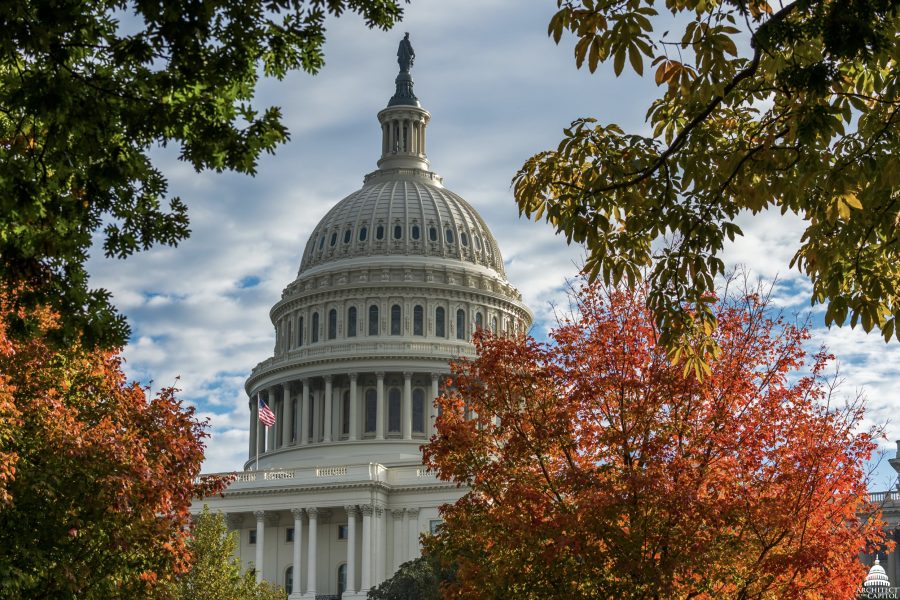 Congress passed a continuing resolution shortly before 9:30 p.m. Dec. 2 to keep the government funded through Feb. 18, capping a hectic day on Capitol Hill.

The House voted 221-212, and the Senate voted 69-28, in favor of a new CR, staving off a shutdown that would have gone into effect at the stroke of midnight Dec. 4.

The deal to keep the government open didn’t come together until the morning of Dec. 2, when House Appropriations Committee Chair Rep. Rosa DeLauro (D-Conn.) introduced the Further Extending Government Funding Act, keeping funding at fiscal 2021 levels with a few exceptions, one being an extra $4.3 billion for the Department of Defense’s accounts to pay for the care of Afghan evacuees on military bases.

From there, it was a steady push to get the legislation passed and to the desk of President Joe Biden in a single day. The House passed the bill around 5:30 p.m., sending it to the Senate.

To pass the CR, the Senate had to negotiate a compromise with several Republican Senators who indicated they would oppose moving quickly on the bill unless it stripped funding for Biden’s COVID-19 vaccine mandates. Had those Senators raised objections and dragged out the process, a government shutdown would have likely occurred.

Instead, Sen. Mike Lee (R-Utah), one of the Senators who has indicated his opposition, said during a Senate floor speech that he would be satisfied with “a simple up-or-down, yes-or-no, majority vote.”

Senate leaders agreed to consider the proposal as an amendment with a majority vote—it was rejected 50-48 along party lines.

From there, the CR itself was quickly approved with bipartisan support.

“I am happy to let the American people know the government remains open,” Majority Leader Sen. Chuck Schumer (D-N.Y.) said on the floor moments after the bill passed.

While the government remains open, however, the new CR does not have the funding the Defense Department needs to start new programs and projects. The Department of the Air Force alone has said a CR blocks 16 new starts, four production increases, and seven military construction projects, in addition to the transfer of satellite communications capabilities from the Army, Navy, and Air Force to the Space Force. Exercises and readiness efforts will be delayed as well.

The Pentagon has become accustomed to working under a CR. According to a Government Accountability Office report, this is the 12th time in 13 years that DOD has started a new fiscal year under a continuing resolution.

But until Congress passes legislation appropriating funds for fiscal 2022, new projects, programs, and efforts will continue to be delayed. The House Appropriations Committee released its draft of the budget in June, and its Senate counterpart released its version in October. Since then, no action has been taken to bring them for a full vote.

Meanwhile, the Senate is still struggling to pass the 2022 National Defense Authorization Act, the annual policy bill that has been enacted every year for six decades. Republican Senators have raised objections to a process they called rushed and called for more votes on amendments, while Democrats have pushed to get the “must pass” legislation through quickly.