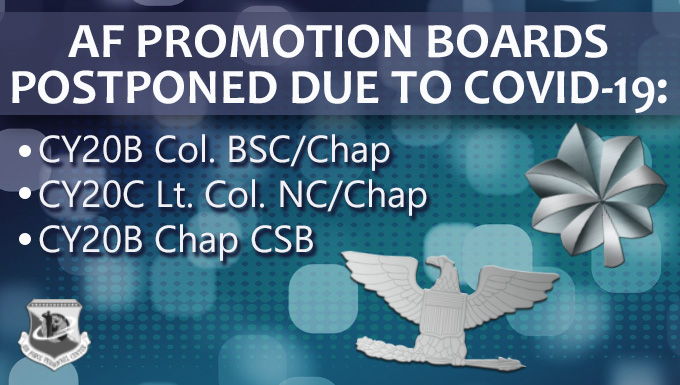 According to an AFPC release, the following promotion boards that were supposed to be held June 8 have been tentatively rescheduled for June 29:

“These prudent adjustments will help protect the health and safety of our force while maintaining career development opportunities for our Airmen,” AFPC Commander Maj. Gen. Andrew Toth said in the release.

The CY20B Lieutenant Colonel Line of the Air Force promotion board is still slated for May 4, with “appropriate mitigation measures … in place” to safeguard “the health and safety of the board members,” the release noted.