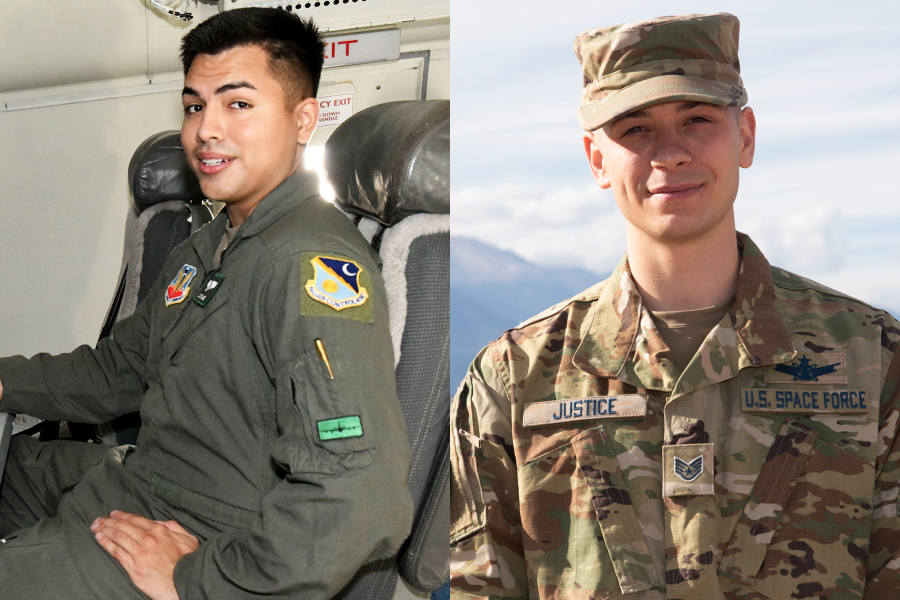 “It was the most exhilarating phone call of my life,” Chavez said in a USAF release. “It is an amazing opportunity. I still get butterflies in my stomach thinking about it.”

“His work ethic, impeccable character, and exemplary record was recognized at the highest levels in our Air Force. I have no doubt that he will excel at OTS and in this next chapter in his life,” Goebel added.

About a week earlier, Staff Sgt. Kevin Justice got a similar surprise when Chief of Space Operations Gen. John W. “Jay” Raymond popped into an exercise teleconference to say he had selected Justice as one of the Space Force’s two SLECP selectees.

Justice, a space control technician assigned to the 4th Space Control Squadron, part of the new Space Delta 3, said he was shocked, but is excited for the opportunity. After earning his gold bars, Justice will transition from the enlisted 1C6 Space Systems Operations career field to the officer 13S Space Operations career field, according to a Space Force release.

“Our Space Force is absolutely full of highly qualified and motivated space professionals, so to rise to the top of such an outstanding field of peers and be selected for this program is truly a testament to Kevin’s performance and character,” Raymond said. “While the Space Force is a very technology-driven service with equipment both on the Earth and in orbit, its success is founded upon the exceptional men and women, like Kevin, who will lead the Space Force into the future.”

The SLECP program offers two tracks, one that allows enlisted members to pursue full-time degrees while on Active duty and another that allows members who have already earned a degree to directly commission through OTS. There are no boards or applications; instead, for each cycle, each USAF major command selects one Airman and the Space Force selects just two candidates.