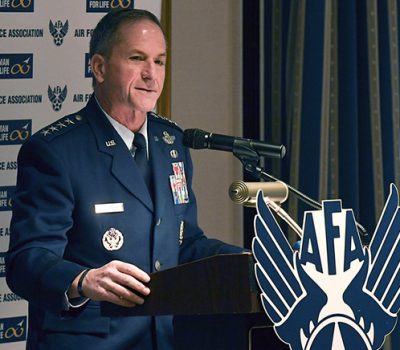 By Tobias Naegele
The Air Force aims to split $30 billion in savings from accelerating the retirement of legacy assets in four “bins,” according to Chief of Staff Gen. David Goldfein, who offered the most detailed picture yet of investment initiatives coming in the 2021 budget request. Savings over five years in the future years defense plan would support investments of: $9 billion to connect the joint force; $9 billion to fund new offensive and defensive space capabilities, $9 billion to help generate increased combat power, and $3 billion to fund expeditionary logistics. 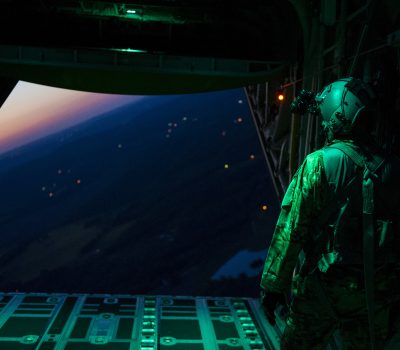 Airman Missing After Falling from C-130 Near Hurlburt Field

By Brian W. Everstine
An airman assigned to the 24th Special Operations Wing at Hurlburt Field, Fla., is still missing after falling from a C-130 into the Gulf of Mexico during a Nov. 5 training exercise. Dozens of USAF aircraft are searching the waters south of Hurlburt, along with Coast Guard, US Army, and local emergency personnel, according to a Nov. 6 release. 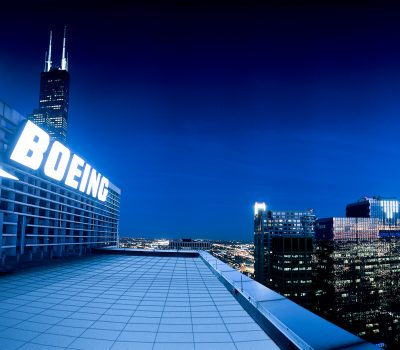 How Boeing Could Repurpose Years of Work on GBSD

By Rachel S. Cohen
Boeing may be bowing out of the competition to build the next intercontinental ballistic missile, but the work it has accomplished so far could get new life under other programs. The defense giant revealed its concerns with the Air Force's Ground-Based Strategic Deterrent program over the summer and indicated it would not continue its bid against Northrop Grumman unless the service agreed to certain changes. But significant design work was already underway, and as the team disbands, the parts they've prototyped and processes they've refined for one of the Air Force's most complex systems can now help others. 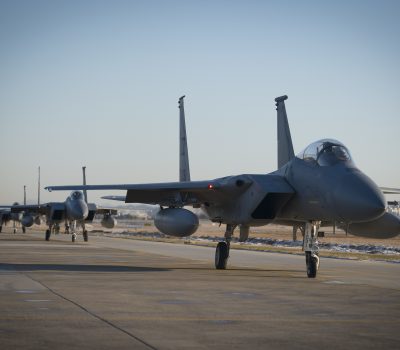 By Brian W. Everstine
The US and South Korea will hold a scaled-down “flying training event” instead of the large-scale Vigilant Ace exercise again this year. Vigilant Ace, which exercised the pre-position air tasking order that simulates the first few days of conflict on the Korean peninsula, was one of several exercises canceled following President Donald Trump’s summit with North Korean leader Kim Jong Un last summer. 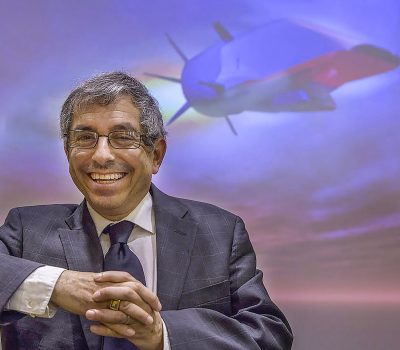 By John A. Tirpak
Former Air Force Chief Scientist Mark J. Lewis has been appointed Director of Defense Research and Engineering for Modernization, the Pentagon confirmed. Lewis will oversee the directors of 12 technologies the Defense Department deems its highest priorities, and their implementation roadmaps, ranging from hypersonics to biotech. He will particularly focus on rationalizing the various hypersonics efforts of the military services and defense agencies. Lewis started November 4, and will serve as deputy to Undersecretary of Defense for Research and Engineering Mike Griffin, who has long regarded hypersonics as his top priority. 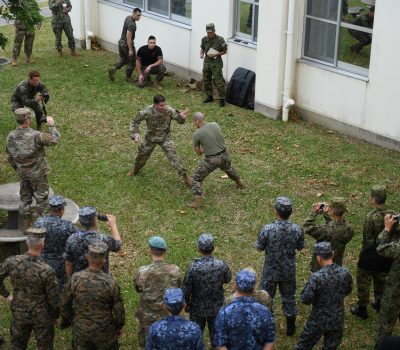 By Jennifer Hlad
American troops in Japan must “train as hard as we can” and continue to strengthen joint and bilateral relationships to be able to oppose a potential threat from China, the US Forces Japan command senior enlisted leader told other leaders at a symposium at Kadena AB, Japan, this week. Dealing with the “seemingly unstoppable China accelerating towards being a world superpower” is a “challenge that will shape our world,” said Navy CMSgt. Rick Winegardner.

The Air Force’s “Doomsday Plane” Is in the Shop

Father Time is catching up to the US Air Force’s E-4B Nightwatch, the so-called doomsday plane that would direct American forces during a nuclear war and, more prosaically, has been the long-haul ride of choice for several defense secretaries.

The US Air Force is continuing to update its stockpile of 30,000-pound class Massive Ordnance Penetrator bunker busters, or MOPs, and bring older MOPs up to the latest standard, also known as the GBU-57E/B. This comes as Iran has announced that it will begin injecting uranium hexafluoride gas into centrifuges at its underground nuclear facility at Fordo—the kind of prospective target that drove the development of the MOP in the first place—a significant breach of the controversial 2015 international agreement over the country's nuclear program.

The 920th Rescue Wing is celebrating the legacy of its HC-130P/N combat-rescue fleet as the wing expects to receive a replacement fleet of HC-130J in the Spring of 2020. This new airframe, HC-130J, will not only replace the legacy HC-130 fleet but with its arrival also comes the elimination of two aviation career fields: Flight Engineer and Airborne Mission Systems Specialist.

President Donald Trump has approved an expanded military mission to secure an expanse of oil fields across eastern Syria, raising a number of difficult legal questions about whether US troops can launch strikes against Syrian, Russian, or other forces if they threaten the oil, US officials said.

SECDEF: China Is Exporting Killer Robots to the Mideast

China is exporting drones that it advertises as having lethal autonomy to the Middle East, Defense Secretary Mark Esper said Nov. 5. It’s the first time that a senior Defense official has acknowledged that China is selling drones capable of taking life with little or no human oversight.

When he formally assumes his new duties next month as senior enlisted adviser to Chairman of the Joint Chiefs of Staff Gen. Mark Milley, CMSgt. Ramon Colon-Lopez will bring with him a penchant for blunt talk, a fixation on maintaining military standards, and a focus on discipline that’s been honed over three decades.

With an eye on China, the US Senate’s top Democrat is floating plans for a new, deep-pocketed agency to invest $100 billion into cutting-edge technologies like artificial intelligence, quantum computing, robotics, and fifth-generation networking known as 5G.

The ducks weren’t designed to carry quacking tourists, but rather weapons and wartime supplies. They were first used en masse—thousands of them—during the Allies’ invasion of Sicily in 1943, the first step in the overthrow of Mussolini’s fascist regime in Italy. The ducks also played a key role during D-Day, when the Allies invaded France and took on the Nazis.