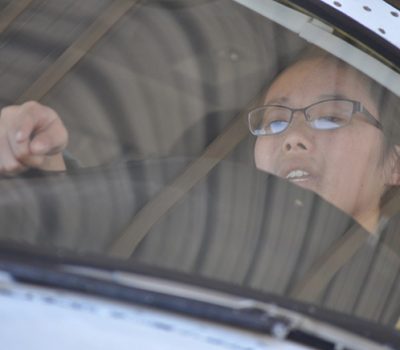 By Jennifer-Leigh Oprihory
Nineteenth Air Force Commander Maj. Gen. Craig Wills is doubling down on publicizing pilot height waivers to encourage a more diverse population of USAF aviators, he told Air Force Magazine in a Nov. 14 interview. “The reason for now is that we want to get the word out because we want to have more female aviators, we want to have more aviators from ... underrepresented groups, and we want to make sure that our Air Force looks like our nation to the max[imum] extent because we think that that leads to a more combat-capable force,” he said. Wills acknowledged that the service’s pilot height standards may change, but said the extent of those changes and the timeline for their implementation is as of yet unclear. But he said he takes heart in the fact that the current waiver process’ design means no airmen will fall through the cracks in the meantime. 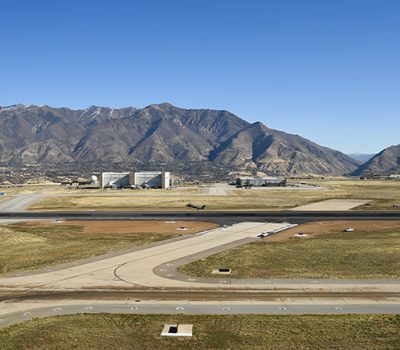 By Brian W. Everstine
The Air Force’s biggest F-35 operating base recently unveiled its new $45 million runway, bringing to a close a nine-month project that sent the base’s F-35s to other locations across the world. While construction was underway, Hill sent its F-35s to Mountain Home AFB, Idaho, along with deployments to the Middle East and Europe. The new runway is expected to help F-35 operations through a reduction in foreign object debris. 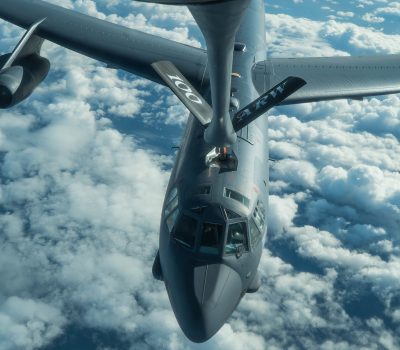 By Brian W. Everstine
Four B-52s and about 300 airmen returned to Barksdale AFB, La., after a four-week task force deployment to Europe that included training exercises throughout Europe and the Middle East. The bombers from the 2nd Bomb Wing flew 32 sorties at its deployed home base of RAF Fairford, England, and trained with 13 total partner nations since first deploying last month. 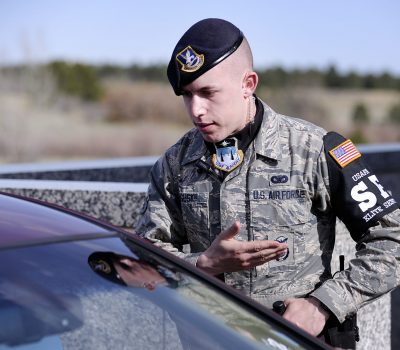 By Jennifer-Leigh Oprihory
The US Air Force Academy’s South Gate was reopened after an explosives scare at the Academy prompted an approximately three-hour closure on the morning of Nov. 15. The closure was prompted by an ion scan that falsely detected nitroglycerine in a dump truck during a vehicle inspection, Academy spokeswoman Maureen Welch told Air Force Magazine via email. “A thorough investigation revealed no actual trace of nitroglycerine,” Welch wrote. “The vehicle was released to the driver.” South Gate Boulevard has since reopened to traffic, she said. The incident was first reported by the Colorado-based KOAA News5.

This Obscure, Costly Air Base Is the New Front in the Battle Against Violent Extremism

US Africa Command on Nov. 1 announced that the new base in Agadez, Niger—designed to house armed drones and other aircraft that have been operating out of an international airport in Niamey, Niger’s capital—had begun flying intelligence, surveillance, and reconnaissance missions that week. Critically located in central Niger, Air Base 201 is positioned to strike terrorist groups and extremist militants—including fighters affiliated with al-Qaida and the Islamic State group—in countries throughout the Sahel region, which spans the width of the African continent south of the Sahara and includes parts of Mali, Sudan, and Chad.

Defense Secretary Mark Esper pressed South Korea on Nov. 15 to pay more for the cost of stationing US troops in the country and to maintain an intelligence-sharing pact with its other Asian ally, Japan, that Seoul is about to let lapse.

As the European Union releases plans for new ships, drones, and missile defense systems, Washington, D.C., and NATO worry the organization's new weapons may not work seamlessly with the alliance's.

Amazon Web Services is protesting the Pentagon’s award of the Joint Enterprise Defense Infrastructure (JEDI) cloud contract to Microsoft. The company submitted a pre-filing notice Nov. 8 with the Court of Federal Claims, according to an AWS spokesperson.

A new report from the RAND Corp. think tank presents findings and lessons learned from the USAF-sponsored 2017 Air Force Community Feedback Tool, which it describes as “a self-reported needs assessment of Air Force community members” that was aimed at helping service “leaders and service providers in identifying the needs of their communities and prioritizing efforts to address them.”