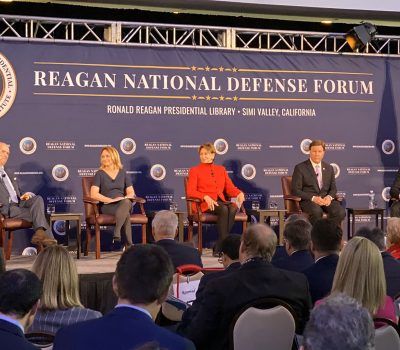 By Brian W. Everstine
Senate and House conferees have reached an agreement on the fiscal 2020 National Defense Authorization Act, with a vote expected on Dec. 9, key lawmakers said. Defense Secretary Mark Esper said it is essential the NDAA fully authorize the creation of the Space Force. 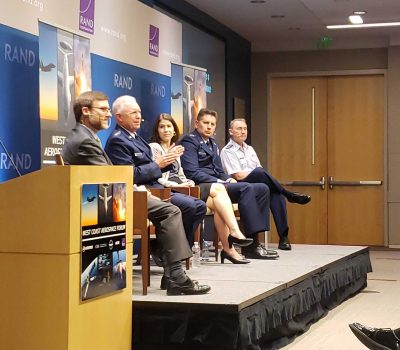 USAF Officials: Create Space Force to be Effective on Day One

By Brian W. Everstine
The architects and initial leaders of the prospective Space Force need to ensure it is immediately ready to be an equal among established military branches, while the formation of the new service should be used as a way to shake up established acquisition processes, top USAF officials said. 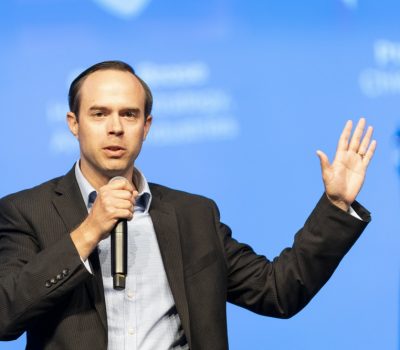 By Brian W. Everstine
The Air Force’s vision of joint, all-domain command and control will come together in an exercise later this month, where several fifth-generation USAF and Navy fighters will talk to a destroyer as Army systems feed data to a small tent on the Florida panhandle. 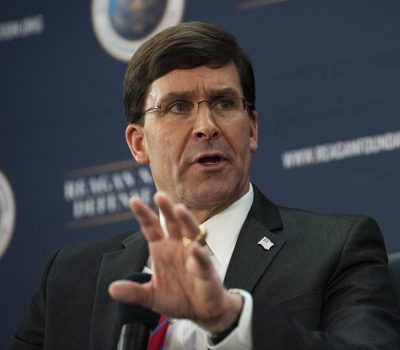 By Brian W. Everstine
The military is reviewing its security precautions and vetting of foreign nationals training at US bases following the Dec. 6 shooting at NAS Pensacola, Fla., but military officials are cautioning about cutting back on this training in the future. Air Force Chief of Staff Gen. David Goldfein, said Dec. 7 that he is worried how this incident might impact interoperability with allies, partners, and the US, which he called “an asymmetric advantage.” 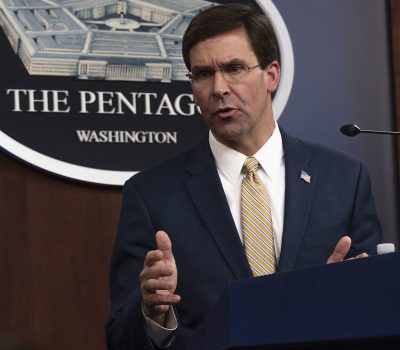 By Rachel S. Cohen and Jennifer-Leigh Oprihory
Defense Secretary Mark Esper on Dec. 6 refuted a recent Wall Street Journal report that the US is contemplating sending 14,000 more troops to the Middle East. 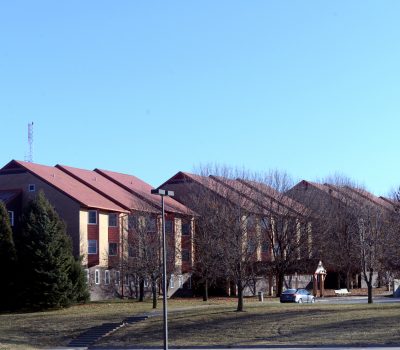 By Rachel S. Cohen
The 55th Security Forces Squadron at Offutt AFB, Neb., is taking up residence in a base dormitory as its new office until a more permanent facility is ready, following a historic flood earlier this year. 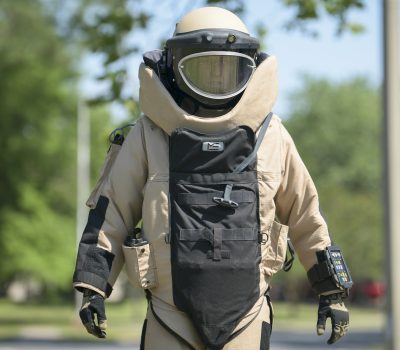 By Rachel S. Cohen
Patrick AFB, Fla., is allowing people to return to an area of the base where a bomb threat was reported Dec. 6, according to a base spokesman.

The US military believes that an unarmed American drone reported lost near Libya’s capital last month was in fact shot down by Russian air defenses and it is demanding the return of the aircraft’s wreckage, US Africa Command says. Such a shootdown would underscore Moscow’s increasingly muscular role in the energy-rich nation, where Russian mercenaries are reportedly intervening on behalf of east Libya-based commander Khalifa Haftar in Libya’s civil war.

It appears that the AGM-114R9X, a secret low collateral damage derivative of the AGM-114 Hellfire missile, has been employed against occupants of another vehicle in northwestern Syria for the second time in a week.

The upper stage of the SpaceX Falcon 9 mission to the International Space Station Dec. 5 successfully performed a six-hour coast and a deorbit burn, a test that had been requested by the US Air Force to demonstrate the vehicle can deliver national security payloads directly to geosynchronous Earth orbit. “I got a thumbs up this morning,” SpaceX president and chief operating officer Gwynne Shotwell told reporters Dec. 6 during a media roundtable at the company’s headquarters in Hawthorne, Calif.

The Defense Digital Service’s first satellite office opened on Nov. 20 in Augusta, Ga., and was named “Tatooine,” after Luke Skywalker’s home planet in the Star Wars series. It’s located within the Georgia Cyber Center, a building owned by the state of Georgia that fosters collaboration among government, academia, and industry.

Amazon’s Bezos Hits Silicon Valley for Not Working with Pentagon

His comments come as his company fights to wrest the Defense Department’s giant cloud contract from Microsoft.

SOCOM Wants Its Simulators to Connect to Conventional Force

Special Operations Command wants to work more closely with the conventional force on simulation technologies, according to service officials. “As we fight in the synthetic environment—as well as the real live battle space—we have to be able to connect and we have to be able to discern where our issues are,” Randy Jackson, SOCOM chief of mission preparation, said Dec. 5.

Lauren Bruner was struck by gunfire while trying to flee the inferno that consumed the ship, the second-to-last man to escape the explosion that killed 1,177, including his best friend; 335 survived. Now, nearly eight decades after that fateful day, Bruner’s ashes have been delivered to the sea that cradled his fallen comrades, stored in an urn inside the battleship’s wreckage.