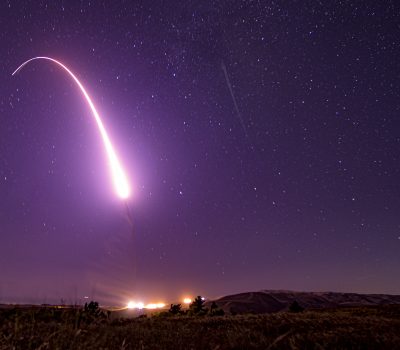 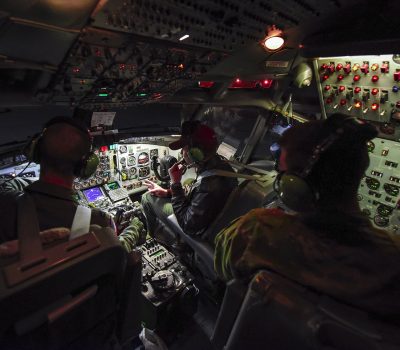 By Rachel S. Cohen
Lawmakers have slowly gotten on board with the Air Force’s Advanced Battle Management System concept, which is intended to replace the E-8C Joint STARS aircraft, but they still want more information. ABMS will piece together airborne and ground sensors with space systems to better understand the battlespace and improve communications. Past legislation called for quarterly updates, and a provision in the compromise version of the fiscal 2020 defense policy bill released Dec. 9 built on that request. “The Air Force should consider prototyping and demonstrating the utility of artificial intelligence and automated sensor fusion as part of the ABMS concept,” lawmakers wrote in legislative documents accompanying the bill. 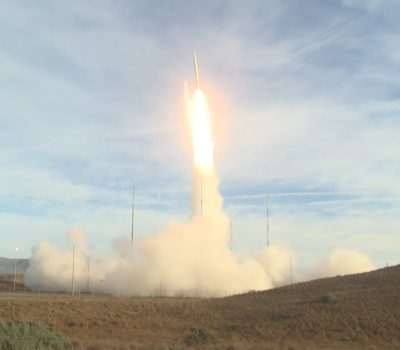 By Brian W. Everstine
The Air Force and the Strategic Capabilities Office on Dec. 12 tested a prototype version of a conventional, ground-launched, intermediate-range ballistic missile at Vandenberg AFB, Calif. The Air Force launched the new missile at 8:30 a.m. Pacific time. It “exited its static launch stand and terminated in the open ocean” after flying for more than 500 kilometers, according to a Defense Department statement. The test is the latest step in the development of new intermediate-range capabilities, following the United States’ decision to withdraw from the Intermediate-Range Nuclear Forces Treaty in August. 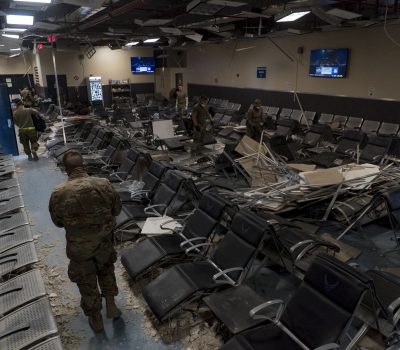 455th AEW: No US, Coalition Deaths in Suicide Bombing Near Bagram

By Brian W. Everstine and Jennifer-Leigh Oprihory
The impact of the Dec. 11 Taliban attack on Bagram AB, Afghanistan, extended beyond the hospital targeted outside the installation’s fence line, damaging US military facilities within the perimeter of the heavily fortified base. No US or coalition troops were killed in the suicide bombing or ensuing shootout, though at least five allied soldiers were injured. Insurgents targeted an under-construction medical facility attached to the sprawling base. The attack, which began with suicide bombing on the hospital, killed at least two and wounded at least 73, The New York Times reported. The firefight, which included US forces, lasted about 12 hours. 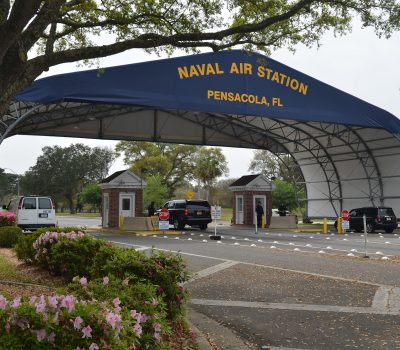 DOD: Increased Security Will Impact Trainees from All Nations Training in US

By Brian W. Everstine
The Pentagon is looking at how it vets Saudi Arabian students who come to the US for training following the Dec. 6 shooting at NAS Pensacola, Fla., but that review will eventually expand to all international students. The US Navy halted the flight training of more than 300 students—a decision made by Defense Secretary Mark Esper, Undersecretary of Defense for Intelligence Joseph Kernan, and US Northern Command boss USAF Gen. Terrence O’Shaughnessy. While there has not been a prohibition on new students entering the US, incoming international students will now go through a new vetting process.

A 19-year-old airman from Paterson, N.J., was found dead in his dorm room at Laughlin AFB, Texas, on Dec. 9, the base said. An investigation is ongoing into the death of A1C Jerry Nolasco-Peralta, Laughlin said in a release Dec. 10.

Wright-Patterson AFB, Ohio, has joined the Purple Heart Trail community as the first Active Duty Purple Heart Base. A public designation ceremony at the National Museum of the United States Air Force commemorated the moment on Dec. 10 at Carney Auditorium.

The military’s top officer on Dec. 11 defended efforts to maintain discipline in the ranks amid stiff questioning from lawmakers on whether President Donald Trump’s intervention in the cases of three service members accused or convicted of war crimes will create chaos on the battlefield.

The newly released compromise version of the annual defense policy bill will establish a civilian training corps to address skills gaps at the Defense Department.

The Pentagon lead for the Cybersecurity Maturity Model Certification program argued the move will be good for small contractors. And for those that don’t want to comply: Good riddance.

Before Pensacola Shooting, Foreign Military Programs Had Years of Troubles

The US is training thousands of foreign service members. But some of them have disappeared. Others went on to commit human rights abuses at home.

In an effort to improve the fitness program for airmen during the stages of pregnancy, the Air Combat Command Surgeon General directorate recently released new guidance. The guidance is called “Conditioning/Reconditioning (Fitness) Program for Airmen During and After Pregnancy,” and it implements immediate changes to the fitness program. It also establishes additional fitness and educational opportunities for pregnant airmen to enhance their physical wellness.

The First Woman Has Made It through SEAL Officer Screening

At the quarterly meeting of the Defense Advisory Committee on Women in the Services in December, a Navy official disclosed that the woman had reached the end of the physically and mentally demanding two-week SOAS process in September. Ultimately, however, she was not selected for a SEAL contract, officials said.

Special Operations Command Made a Mind-Reading Kit for Elite Troops

As tomorrow’s elite soldiers work to persuade local populations to support them, they may be able to sense how their messages are being received by detecting invisible biometric signals. Or when pinned down by enemy fire, they may make hand gestures to designate targets for close air support, or operate swarms of drones with just a few voice commands. Those were just a few of the superhuman abilities that researchers at US Special Operations Command recently showed off in a series of demonstrations that brought together sensors, data, and AI, SOFWERX chief technology officer Brian Andrews said Tuesday at Defense One’s Genius Machines event in Tampa, Fla.