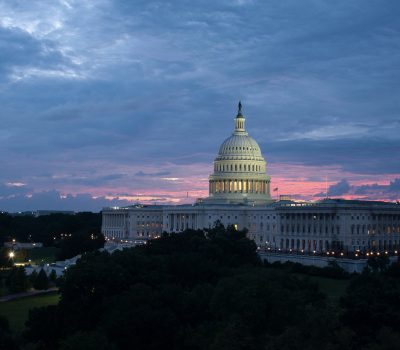 By Brian W. Everstine
Lawmakers on Dec. 16 struck a deal for a $1.4 trillion bipartisan, bicameral spending plan to fund the government through fiscal 2020, including $695.1 billion for the Defense Department. 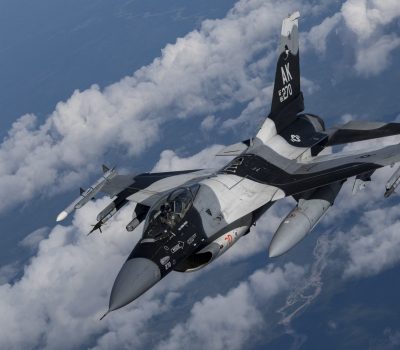 By Amy Hudson
The draft 2020 defense policy bill prohibits the Air Force from transferring any low-rate initial production F-35 strike fighters to the adversary air role until the Chief of Staff submits a report to Congress detailing the service’s plan for modernizing its organic aggressor fleet. “It is critical that the Air Force has the capability to train against an advanced air adversary in order to be prepared for conflicts against a modern enemy force, and that in order to have this capability, the Air Force must have access to an advanced adversary force prior to United States adversaries fielding a 5th-generation operational capability,” according to the policy conference report released on Dec. 9. 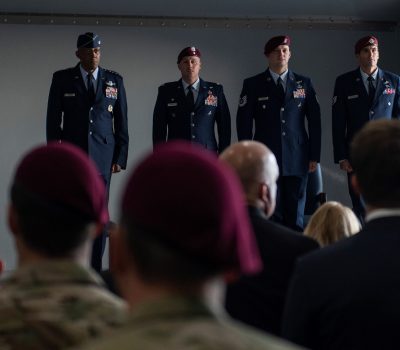 By Brian W. Everstine
Two pararescuemen on Dec. 13 were awarded Silver Stars for their actions during separate battles in Afghanistan in 2018 and earlier this fall. TSgt. Gavin Fisher, a PJ with the 350th Special Warfare Training Squadron at JBSA-Lackland, Texas, received the medal for a two-day fight in Ghazni Province. SSgt. Daniel Swensen, a PJ with the 58th Rescue Squadron at Nellis AFB, Nev., received the award for a two-day fight in September in Farah Province. Combined, the two PJs are credited for saving nearly 40 lives and eliminating more than 100 enemy fighters, according to an Air Force release. 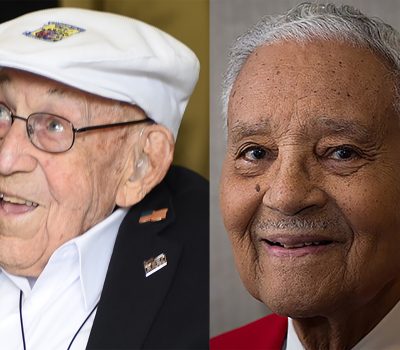 Turkey Could Close Incirlik Air Base in Face of US Threats: Erdogan

Turkey could shut down its Incirlik Air Base, which hosts US nuclear warheads, in response to threats of US sanctions and a separate US Senate resolution that recognized mass killings of Armenians a century ago as genocide, President Tayyip Erdogan said on Dec. 15. “If it is necessary for us to take such a step, of course we have the authority ... If this is necessary, together with our delegations, we will close down Incirlik if necessary,” Erdogan said on A Haber TV.

Boeing Co. said it won’t compete for the Pentagon’s program to develop and procure the next-generation intercontinental ballistic missile, leaving Northrop Grumman Corp. as the sole bidder for a project valued at almost $85 billion.

Chinese Embassy officials trespassed onto a Virginia base that is home to Special Operations forces. Their expulsions added to tensions between Washington and Beijing.

Battle of the Bulge: US Troops Stopped Hitler's Last-Ditch Effort to Turn Tide of WWII 75 Years Ago

Side by side, the Allies and former enemy Germany together marked the 75th anniversary of one of the most important battles in World War II—the Battle of the Bulge. The landmark battle stopped Adolf Hitler's last-ditch offensive to turn the tide of the war. Defense Secretary Mark Esper paid tribute to over 19,000 US troops who died in one of the bloodiest battles in the nation's history.

The Israeli Air Force will ask the US Air Force to give up two of its production slots for the Boeing KC-46A so it can get early delivery of the aerial refueling aircraft, a senior military source tells Breaking Defense.

The US Air Force Needs More Tankers. Does the Defense Industry have the Answer?

With no end in sight to the demand on the tanker fleet, the US Air Force is actively seeking agreements with defense contractors for aerial refueling services. On Dec. 17, Air Mobility Command will hold an industry day at Scott AFB, Ill., in the hopes of better understanding how it can contract for commercial air refueling services to supplement tanking missions performed by the Air Force’s KC-135s, KC-10s, and KC-46s.

Defense Secretary Mark Esper wants to drastically expand the foreign military training program despite fallout stemming from the deadly shooting at NAS Pensacola, Fla., that claimed the lives of three service members and wounded eight others. Speaking at the Council on Foreign Relations on Dec. 13, Esper described America’s foreign military training program as a “critical long-term investment” that “makes for great partnerships."

Defense Secretary Mark Esper on Dec. 16 urged Iraqi Prime Minister Adel Abdul Mahdi to take steps to prevent bases housing US troops from being shelled, a statement from the premier’s office said. Esper’s call came after a senior US military official warned last week that attacks by Iranian-backed groups on bases hosting US forces in Iraq were pushing all sides closer to an uncontrollable escalation.

North Korea said it successfully performed another “crucial test” at its long-range rocket launch site that will further strengthen its nuclear deterrent. The test—the second at the facility in a week, according to North Korea’s Academy of Defense Science—possibly involved technologies to improve intercontinental ballistic missiles that could potentially reach the continental United States.

The massive defense policy bill that passed the House last week called for the Defense Department to review upgrade requests to so-called "bad paper" discharges that have already been rejected by military service branches. The bill would also require the Boards of Correction of Military Records and Discharge Review Boards of the service branches to seek the "advice and counsel" of a psychiatrist, psychologist, or social worker—one with with training on mental health issues including post-traumatic stress and traumatic brain injury—before deciding on upgrades.

HuffPost spent a year interviewing military wives and girlfriends who said they were abused by their partners. The women’s stories, which take place all over the country, among all branches of the military, are stark in their similarities.