The Daily Report will pause for the holidays from Dec. 24 to Jan. 1; we will return to your inbox on Jan. 2. We wish you a happy and safe season, wherever you may be, and thank you for reading. See you in 2020! 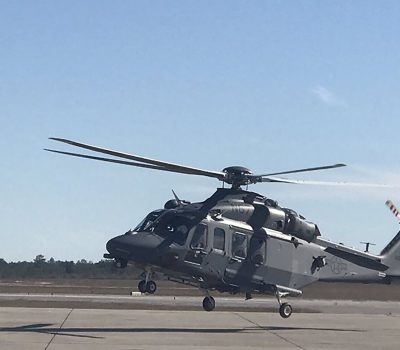 By Brian W. Everstine
The UH-1N Huey replacement helicopter officially has a name—the MH-139A Grey Wolf. Air Force Global Strike Command unveiled the name during a Dec. 19 ceremony at Duke Field, Fla. This is Global Strike’s first aircraft acquisition, since its bombers were purchased before the organization stood up in 2009. 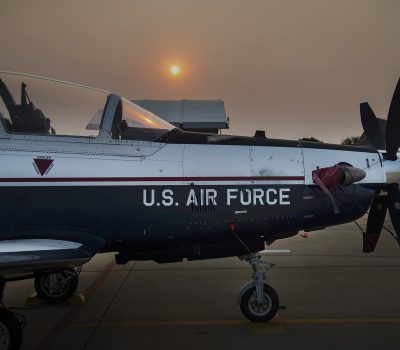 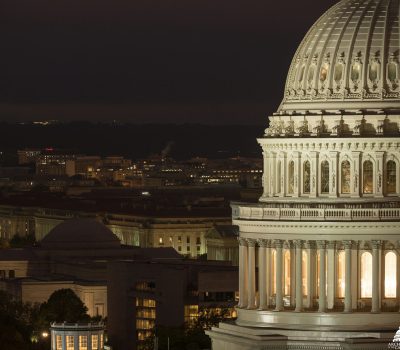 By Rachel S. Cohen
The Senate sent the fiscal 2020 defense spending bill to the White House in an 81-11 vote Dec. 19, moving forward a $738 billion defense appropriations package that comes nearly three months into the fiscal year. The House approved the legislation Dec. 17. President Donald Trump is expected to sign the bill into law by the time federal funding runs out Dec. 20, following prolonged negotiations over partisan priorities. 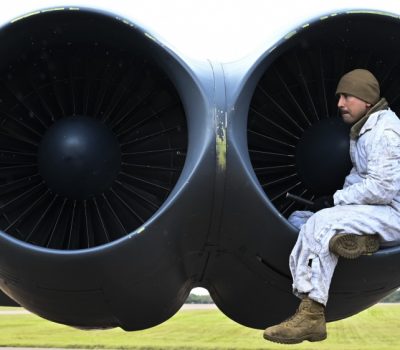 By Rachel S. Cohen
Congressional authorizers want to restrict Air Force funding until the service provides more information on its effort to replace the B-52’s engines. But the joint fiscal 2020 defense policy bill would withhold 25 percent of the Air Force’s total 2020 money until USAF Secretary Barbara Barrett sends Congress a report with a slew of details on the program. 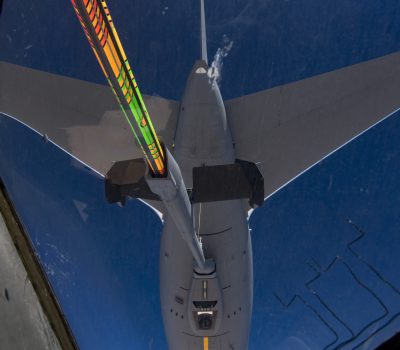 By Brian W. Everstine
A KC-46 from the 22nd Air Refueling Wing at McConnell AFB, Kan., took off Nov. 13 and spent 13 days traveling around the world before landing home Nov. 26. The trip included visits to RAF Mildenhall, England, and the Dubai Air Show, according to Air Mobility Command. The KC-46 made multiple stops, including in Qatar, where it refueled an aircraft in the Middle East for the first time.

Russian and Chinese jammers could cripple US radio, radar, and GPS. The Pentagon's still wrestling with who should fix that, let alone how.

NATO exercises near the border with Russia reflect the alliance’s preparations for a large-scale military conflict, Russia’s chief military officer said in remarks published Dec. 18. The chief of the General Staff of the Russian armed forces, Gen. Valery Gerasimov, said at a Dec. 17 meeting with foreign military attaches that NATO’s activities have heightened tensions and reduced security along the Russian border.

The small launch division of the Air Force Space and Missile Systems Center, based at Kirtland AFB, N.M., is preparing to launch nine missions in 2020, more than doubling the number of launches conducted in 2019.

Congress wants the Air Force to develop a prototype receiver capable of using navigation signals provided by other countries, which could increase the resilience of the military’s position, navigation, and timing equipment.

The Republic of Korea Air Force (RoKAF) has declared initial operating capability (IOC) for its conventional take-off and landing (CTOL) F-35A Lightning II Joint Strike Fighters in a ceremony held on 17 December at the 17th Fighter Wing airbase in the South Korean city of Cheongju.

The Missile Defense Agency plans to hold a pair of meetings next year to communicate its strategic mission to industry. According to a briefing slide attached to an MDA notice issued this week, the "2020 Innovation Summit" will consist of a two-part, closed-to-the-public, classified event.

Karshi-Khanabad, known as K2, was an old Soviet base leased by the United States from the Uzbek government just weeks after the Sept. 11, 2001, attacks because it was a few hundred miles from al Qaeda and Taliban targets in northern Afghanistan. The base became a critical hub in the early days of the war to provide airdrops, medical evacuation, and airstrike support to US ground forces in Afghanistan. But K2 was contaminated with chemical weapons remnants, radioactive processed uranium and other hazards, according to documents obtained by McClatchy.

Air Force Global Strike Command recently announced their 2020 Spark Tank finalists, who will compete for the chance to have their project funded for development.

NASA will honor the first class of astronaut candidates to graduate under the Artemis program at 10:30 a.m. EST on Jan. 10, 2020, at the agency’s Johnson Space Center in Houston. After completing more than two years of basic training, these candidates—including two US Air Force officers—will become eligible for spaceflight, including assignments to the International Space Station, Artemis missions to the Moon, and ultimately, missions to Mars.