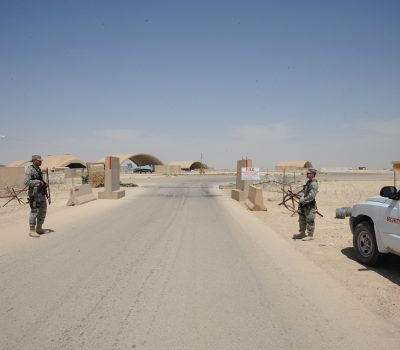 By Brian W. Everstine
Iran began what it called its revenge on the US late Jan. 7, firing ballistic missiles at two bases inside Iraq hosting US personnel with unknown casualties and damage. Iranian Foreign Minister Javad Zarif took to Twitter after the attack saying Iran "took and concluded proportionate measures in self-defense under Article 51 of UN Charter targeting base from which cowardly armed attack against our citizens and senior officials were launched." President Donald Trump also took to Twitter following the strikes saying, "All is well! ... Assessment of casualties and damages taking place now. So far, so good!" 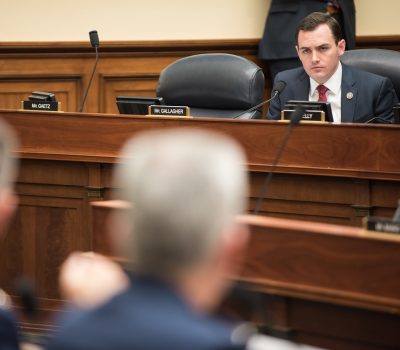 By Rachel S. Cohen
A leading congressional voice on cybersecurity said Jan. 7 the federal government is taking the right steps to prepare for a possible Iranian cyberattack in retaliation for Quds Force commander Gen. Qassem Soleimani’s death. Rep. Mike Gallagher (R-Wis.) and Sen. Angus King (I-Maine) discussed their upcoming final report from the Cyberspace Solarium Commission, a bipartisan group of members of Congress and the executive branch who will unveil dozens of recommendations to make the public and private sectors more cybersecure. 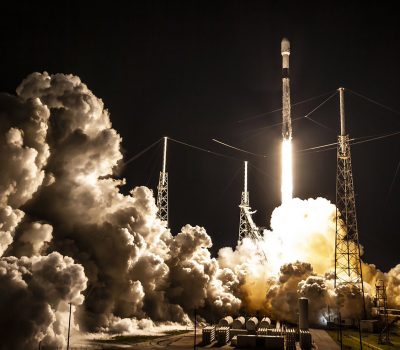 By Rachel S. Cohen
SpaceX on Jan. 6 sent 60 Starlink broadband Internet satellites into orbit from Cape Canaveral AFS, Fla., marking the Space Force’s first launch since the service was created in December. This is the third batch of Starlink satellites sent into space so far, totaling 180 on orbit. SpaceX’s reusable Falcon 9 rocket carried the payloads. 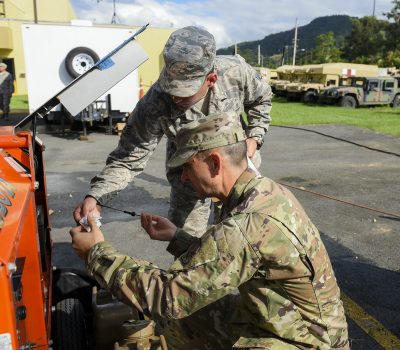 By Jennifer-Leigh Oprihory
Puerto Rico Gov. Wanda Vázquez Garced activated the territory’s National Guard on Jan. 7 in response to a series of earthquakes that have rocked the island for days and taken at least one life, according to the Puerto Rico National Guard. The PRNG has helicopters, cargo vehicles, and manpower at the ready to evacuate citizens as needed, spokesman Lt. Col. Paul Dahlen added in a statement shared with Air Force Magazine.

Iran's Parliament on Jan. 7 approved a bill designating the entire US military and Pentagon terrorist organizations after the killing of Gen. Qassem Soleimani in Iraq. Lawmakers also backed a motion allocating $220 million to the Iranian Revolutionary Guards Corp's Quds Force to take revenge for Soleimani's death in a drone strike ordered by President Donald Trump.

The military’s newest branch wants to hear about innovative solutions to tough problems in installation support and space operations.

US Government to Restrict Sale of AI for Satellite Image Analysis

The federal rule change, published on Jan. 6, affects software “specially designed” to train deep learning neural networks “on the analysis of geospatial imagery.” The software would be classified as a dual-use technology under the Wassenaar Arrangement, subject to many of the same restrictions for exporting arms. The rule will go into effect in 60 days, though the public may submit comments on the rule for another 60 days after that.

Nevada Gov. Steve Sisolak and the state’s entire congressional delegation are trying to persuade the US Air Force to pick Reno, Nev., to serve as the base for a new regional air squadron to respond to emergencies and disasters. Sisolak and the others sent a letter to Air Force Secretary Barbara Barrett on Jan. 3 touting the Nevada Air National Guard Base in Reno as the best location for the planned expansion of the Aeromedical Evacuation Squadron.

The Arnold Engineering Development Complex T-3 turbine engine test cell at Arnold Air Force Base is undergoing several modifications to prepare it for future testing. Built as part of the Engine Test Facility, or ETF, at Arnold in the early 1950s, the T-3 test cell was designed for testing small engines.

The transition of military medical facilities to the Defense Health Agency's management should be invisible to patients, but they should notice improvements to care, the agency’s director says.

Concerns over an active draft and the role of the Free Application for Federal Student Aid (FAFSA) in the service even shut down the Selective Service System's website because of the sudden surge in traffic.

The “Bouncing Bettys” team was not only the first deliberate all-female team competing in the Rapid Aircraft Generation and Employment competition at Aviano AB, Italy, but also this quarter's victors. The icing on the cake? Their team uniforms paid homage to Rosie the Riveter.