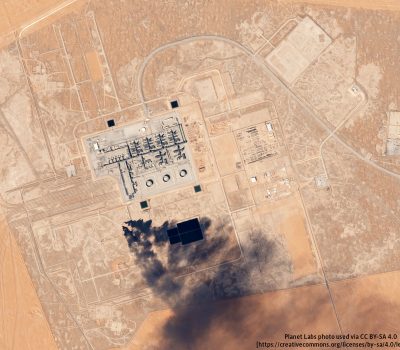 By Shaun Waterman
The cyberattacks from Iran widely anticipated as a response to the US targeted killing of one of their top generals have not materialized—at least not so far. Cyber is just one weapon in Tehran’s asymmetric arsenal, alongside its proxy terror networks and misinformation machine, and many experts believe the Iranian leadership was looking for something more spectacular by way of retaliation. 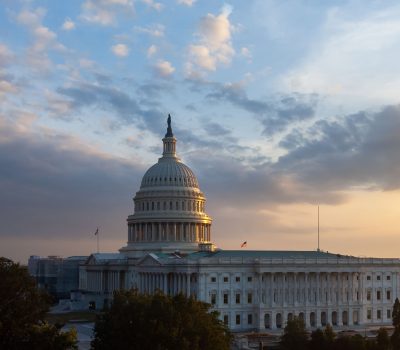 By Rachel S. Cohen
The House on Jan. 9 approved a war powers resolution with a vote of 224-194 that calls for limiting the White House’s ability to direct combat actions against Iran. The vote is the first congressional referendum on the military flareup between the US and Iran in the first week of 2020. 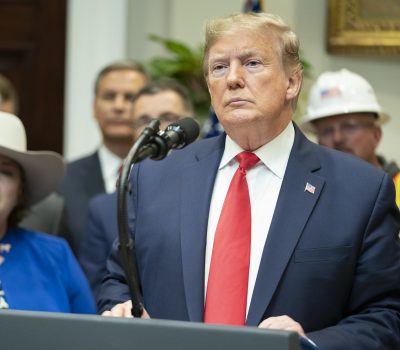 By Brian W. Everstine
US and Canadian intelligence indicates that an Iranian surface-to-air missile brought down a Ukrainian civilian airliner the night of the Iranian ballistic missile attacks on US forces in the region, officials from both countries said Jan. 9. Iran was watching for a response from the US after the Jan. 7 [EST] missile attacks on American forces at Al Asad and Erbil, Iraq. The crash of Ukrainian International Airlines flight 752 shortly after takeoff near Tehran killed all 176 on board. American Space-Based Infrared System detected the firing of a Russian-made SA-15 short-range surface-to-air missile system at the aircraft, officials said. 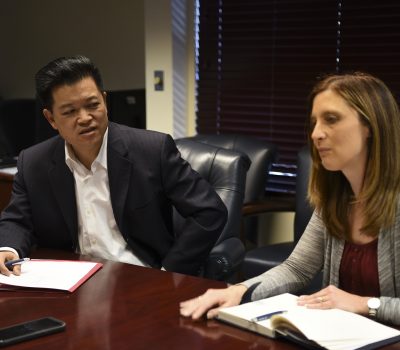 By Rachel S. Cohen
The Air Force’s science advisers in 2020 will launch three studies on future communications, innovation in space, and the unintended consequences of using autonomous systems, the results of which will shape the service’s research investments. Service Secretary Barbara Barrett tasked the Air Force Scientific Advisory Board with those deep dives in the fall. The panel of around 60 members, appointed by the Defense Secretary, will formally kick off the research at its winter meeting, scheduled for Jan. 13-16 in California. 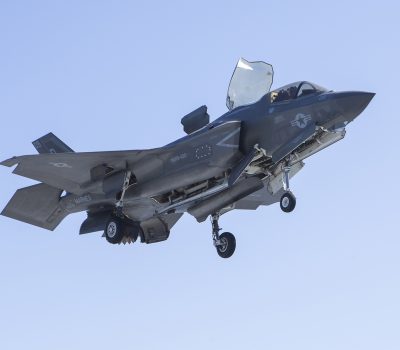 By Brian W. Everstine
The State Department on Jan. 9 approved the possible sale of 12 F-35Bs to Singapore at a cost of about $2.75 billion. The Defense Security Cooperation Agency notified Congress of the possible sale, which is subject to approval on Capitol Hill. The sale would include up to 12—four initially, with an option of eight—aircraft and 13 F135 engines. The country has long been expected to purchase the strike fighter, with Lockheed Martin recently saying the purchase would help offset the loss of sales of the jet to Turkey.

Iranian General Lays Out Aim to Expel US from Mideast

Iran’s missile strikes on Iraqi bases housing US troops were the first stage of a major regional operation aimed at expelling US forces from the Middle East, the Iranian commander responsible for the attack said Jan. 9.

A source told Military Times that the Iraqi military base in Kirkuk that was attacked with rockets on Dec. 27, 2019 is bracing for more attacks, but the source would not elaborate any further due to operational security concerns.

82nd Airborne Paratroopers Just Deployed Without Their Phones. Your Unit Could Be Next

As America's adversaries become more sophisticated, US combat troops heading to the war zone may have to get used to leaving behind their phones, laptops and even personal gaming devices, military experts say.

The Air Force is looking to integrate a warhead, fuze and other technologies into the Stand-in Attack Weapon, a new missile intended to thwart anti-access/area-denial targets, according to a notice the service published today.

According to a request for information updated Jan. 8, the military branch wants to pinpoint “Public Persona Cyber Data Sources,” or services that can provide a wide range of data and information on specific individuals, in a way that’s collected legally from the internet, and with a high degree of certainty. The Air Force was mandated by an executive order in 2011 and follow-on policy in 2012 to build and maintain a related capability to monitor insider threats.

Air Force Colonel Fired over ‘Loss of Trust and Confidence'

The Air Force relieved the commander of a pilot training school earlier last week over "a loss of confidence in his ability to command," the service told Task & Purpose on Jan. 8. Col. Derek Stuart, the commander of the 14th Operations Group at Columbus AFB, Miss., was relieved on Jan. 2 by 19th Air Force commander Maj. Gen. Craig Wills, according to Jennifer Gonzalez, a spokeswoman for Air Education and Training Command.

How the Pentagon Was Duped by Contractors Using Shell Companies

In some cases, the shell companies helped contractors obscure that they were making US military equipment abroad, the Government Accountability Office said, posing a risk to national security and quality control. More often, they were used to win contracts meant for companies owned by disabled veterans or minorities, it said.

Visitors to the National WWI Museum and Memorial in Kansas City, Mo., can experience “The Vietnam War: 1945-1975” now through May 31. The traveling exhibition, put together by the New-York Historical Society with help from NWWIMM, explores “the pivotal struggles felt both on the war front and the home front” and “examines how the divisive war challenged democracy, citizenship, patriotism, and the foundations of American life as well as the connections between the conflict and its confounding cousin, World War I,” according to the exhibition’s web page.