The Daily Report will not be published on Monday, Jan. 20, in observance of the federal holiday. We'll return on Tuesday, Jan. 21. 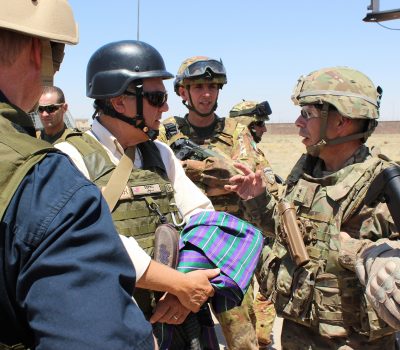 By Brian W. Everstine
The US effort in Afghanistan to reconstruct the country and train its military has been undercut by the motivation to lie to supervisors and limited by the amount of time American personnel have to directly work with Afghan forces, a top watchdog told lawmakers Jan. 15. “We have created an incentive to almost require people to lie,” Special Inspector General for Afghan Reconstruction John Sopko told the House Foreign Affairs Committee. "There’s an odor of mendacity throughout the Afghanistan issue.” 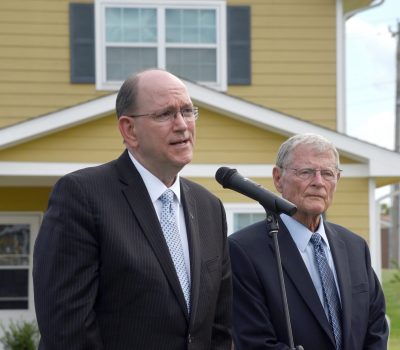 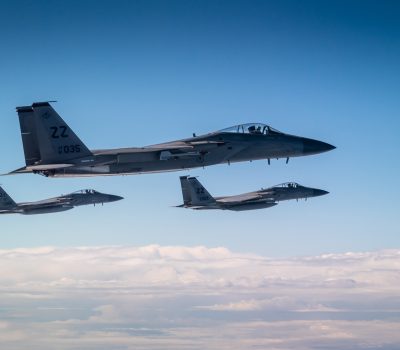 By Rachel S. Cohen
The US government needs to take a closer look at what could deter a war with China as the Pentagon shifts its focus to security in the Indo-Pacific region and competition between world powers, defense experts told House lawmakers Jan. 15. Modern deterrence theory is largely modeled on ideas honed in the Cold War, and are based on the threat a nuclear stockpile poses. But with China growing dependent on cyber and space capabilities like the US, and with a different set of motivations than Russia in play, some say America can’t take a one-size-fits-all approach to discouraging aggression. 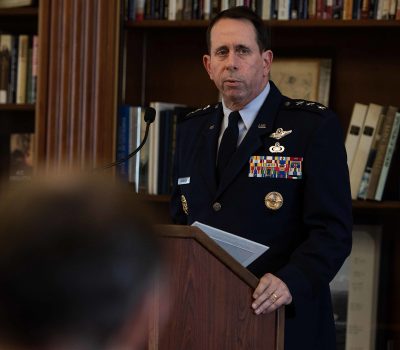 By Brian W. Everstine
NATO allies need to join the US in developing artificial intelligence capabilities to gain an upper hand over China and Russia, which are working together on AI in ways that threaten shared Western values, the military’s top AI expert said Jan. 15. Lt. Gen. Jack Shanahan, the director of the Pentagon's Joint Artificial Intelligence Center, said that while the US is moving forward on AI as a military initiative, some NATO allies are progressing slower because ethical debates have “immobilized” some countries. 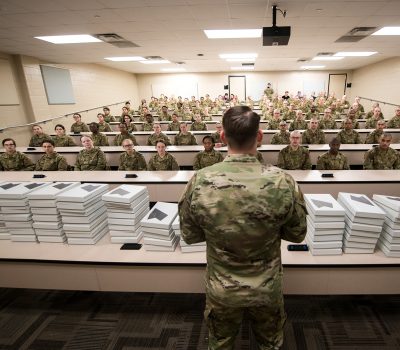 By Brian W. Everstine
Air Force basic military trainers are experimenting with a new, high-tech way to teach students: tablets filled with everything they need to learn, and that tell trainees when to study a particular topic. In December, the 321st Training Squadron at JB San Antonio-Lackland, Texas, provided tablets to about 100 trainees in two groups. The Microsoft Surface tablets are provided for free by Cerego, a company that offers adaptive learning software, under a cooperative research and development agreement to see if the tablets are helpful. If so, the service could move forward with a full program to give the equipment to all basic trainees.

Defense Department brass are expected to brief President Donald Trump on Jan. 15 on their plans for standing up a new military branch called the Space Force, and a Pentagon official said they may even present several logo options for the new armed service. The White House meeting is expected to include Defense Secretary Mark Esper, Air Force Secretary Barbara Barrett, and Air Force Gen. Jay Raymond, who is on his second day of the job as the first-ever chief of space operations, the top officer in the sixth US military service.

3 Who Brought Mortar Round to Gate at Pearl Harbor Released

A mortar round was found in a vehicle at a gate to the sprawling Pearl Harbor military base, shutting down the base for hours and leading three people to be taken into custody, military officials said Jan. 15. It’s not clear what the trio planned to do or where they wanted to go when they were stopped late Jan. 14, base spokesman Charles Anthony said, but added, “I don’t think their intention was to get on base.”

As Iran Missiles Battered Iraq Base, US Lost Eyes in Sky

Moments after volleys of Iranian missiles began to batter Iraq's Ain al-Asad airbase, US soldiers at the desert facility lost contact with their ultra-powerful—and expensive—eyes in the sky.

A warning by Iran’s president that European forces in the Middle East could be at risk if their nations join the US pressure campaign against the Islamic Republic puts a focus on thousands of foreign troops in the region.

Amid a broad congressional push to limit President Donald Trump’s ability to go to war with Iran, a handful of moderate House lawmakers are working to “clarify” Congress’s war powers responsibilities, Republican lawmakers leading the effort told Defense One on Jan. 14.

The Pentagon’s Silicon Valley outpost awarded a California-based artificial intelligence company a contract worth as much as $95 million for software that predicts when military aircraft will need repairs, a tool that would make more aircraft available for missions and could potentially save billions of dollars in maintenance costs. The deal, announced Jan. 15, is between the Defense Innovation Unit and C3.ai, and is expected to run for five years.

F-35 Logistics System to Be Reinvented and Renamed, Official Says

The computer-based logistics system of the F-35 stealth fighter jet made by Lockheed Martin, which has been plagued by delays, will be replaced by another network made by the same company, a Pentagon official said Jan. 14.

The US Air Force is turning increasingly to US government, industry, academia, and international partners for help gathering and making sense of terrestrial and space weather data, Air Force officials said Jan. 13 at the American Meteorological Society annual meeting in Boston.

A US military convoy engages in an intense desert firefight that results in at least one casualty before an Air Force strike knocks out the enemy's stronghold. That harrowing scenario plays out in GSD&M's new minute-long USAF recruitment spot, which takes a soberingly realistic approach to the life-and-death struggles our nation's armed forces face during combat.