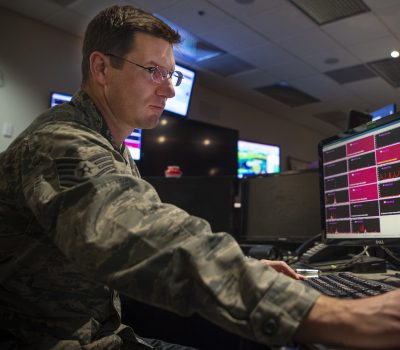 By Rachel S. Cohen
For most, space policy is still more science fiction than reality—the stuff of a galaxy far, far away. People imagine laser-toting gunships and interplanetary bases, not airmen at consoles adjusting satellites in orbit. Those perceptions have persisted through about 18 months of pressure from the White House to make the Space Force a reality. Cheered by years-long proponents in Congress, legislators approved the new service as part of the Air Force in the fiscal 2020 defense policy and spending bills. The US Space Force was officially launched Dec. 20, 2019. As Gen. John W. Raymond and others from Air Force Space Command—the nearly four-decade-old organization that oversaw space personnel and programs and now forms the basis of the Space Force—begin to define and build the fledgling service, the Pentagon will have to dispel misconceptions and get to the real work of bringing in members. 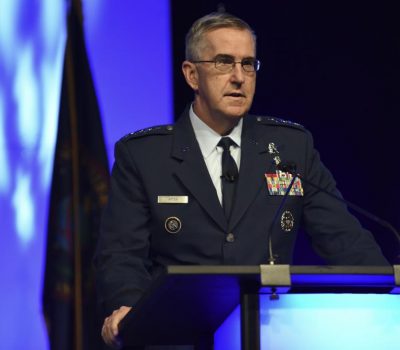 By Rachel S. Cohen
Vice Chairman of the Joint Chiefs of Staff Gen. John Hyten, now two months into the job of second-highest ranking Pentagon officer, said Jan. 17 he will tackle three main priorities: giving sound military advice to Defense Secretary Mark Esper and President Donald Trump, revamping acquisition, and improving deeply rooted personnel problems like sexual assault and suicide. Hyten, who spoke at the Center for Strategic and International Studies, discussed his shift from serving as the four-star head of US Strategic Command to a post where he holds a bird’s eye view of people and programs across the Defense Department. 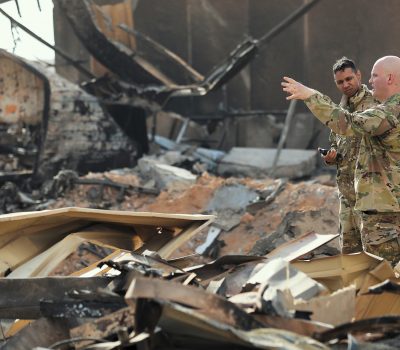 By Brian W. Everstine
At least 11 US service members have been flown out of Iraq for medical care following the Jan. 7 Iranian ballistic missile attack on Al Asad AB. Despite initial claims that there were no American injuries in the attack, US Central Command and senior Pentagon officials said many Americans were evaluated for concussion-like symptoms after 11 ballistic missiles impacted the flightline and multiple buildings inside the sprawling base. Eight service members were taken to Landstuhl Regional Medical Center in Germany to receive magnetic resonance imaging (MRI) scans, and three more were taken to Camp Arifjan in Kuwait for further evaluation, according to CENTCOM. 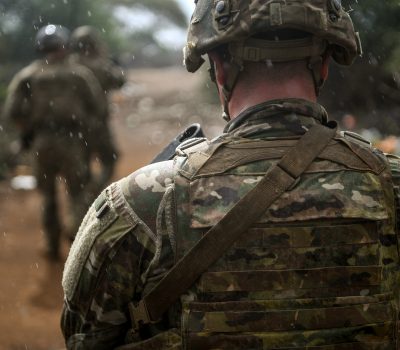 By Brian W. Everstine
The Pentagon’s review of its force structure in Africa, and the likely reduction of deployed personnel, is already meeting harsh pushback on Capitol Hill, even before the review is completed. Defense Secretary Mark Esper has ordered a “zero-based” review of US forces deployed globally, with the intent to shift the bulk of the attention to the Indo-Pacific. As a result, the US mission in Africa will be an “economy of force,” meaning the least amount of personnel and resource to meet mission objectives, Gen. Mark Milley, Chairman of the Joint Chiefs of Staff, said during a meeting with his French counterpart in Brussels. Key lawmakers sent a letter to Esper dated Jan. 15 expressing concerns about the reported drawdown. Sens. Lindsey Graham (R-S.C.) and Chris Coons (D-Del.) wrote they are particularly concerned about the reduction of forces in the Sahel. 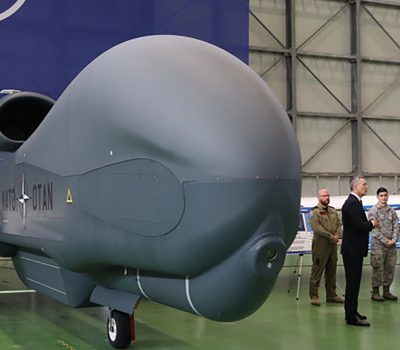 By Brian W. Everstine
NATO on Jan. 17 received the first two of five Air Ground Surveillance system drones at NAS Sigonella, Italy. The AGS system, a variant of the RQ-4 Global Hawk already in use by multiple nations, will be used by NATO to watch over Europe, and it will also conduct operations in the Sahel region of Africa and the Middle East as tasked, NATO Secretary General Jens Stoltenberg said at a ceremony. A collection of 15 NATO allies, including the US, acquired the aircraft. About 600 personnel will fly and maintain it, largely from the main operating base at Sigonella along with small groups of personnel in Belgium and Germany, according to NATO.

Federal Government of Somalia, US Conducted Airstrike Against Al-Shabab Terrorists

In coordination with the Federal Government of Somalia, US Africa Command conducted an airstrike targeting al-Shabab terrorists in the vicinity of Qunyo Barrow, Somalia, on Jan. 16.

The Space Development Agency wants its satellites to be able to easily talk to each other and is considering using optical intersatellite links for communications within its future low earth orbit space architecture. Now, the organization is looking for industry’s help on what standards should be used for those links.

What Do You Think About Artificial Intelligence? The Pentagon’s AI Center Wants to Know

The Pentagon’s nascent center devoted to artificial intelligence research and development wants to learn more about people’s perceptions of the budding technology. According to a proposed information collection notice published in the Federal Register on Jan. 16, the Defense Department’s Joint Artificial Intelligence Center is funding a RAND Corporation-led study “exploring civil-military views regarding AI and related technologies.”

OPINION: The US Navy’s So-Called Budget Salvo Demands Too Much

"Gilday’s budget salvo should be seen for what it is: a return to a zero-sum argument to increase the Navy’s budget at the expense of the Army, which also needs to modernize; at the expense of the Air Force, which now operates the smallest and oldest force in its history; and at the expense of the Space Force, which needs more funding if it is to become a true war-fighting entity that dominates the highest frontier," writes retired USAF Col. Mark Gunzinger, director of future aerospace concepts and capability assessments at AFA's Mitchell Institute for Aerospace Studies. "A better approach would be to argue for changes to the DOD’s planning and budget processes that remain stove-piped and focused on assessing each service’s annual budget proposals, rather than seeking the best value for the nation as a whole."

Survey: How Do You Spell the Sound that an A-10 Warthog's Autocannon Makes?

There are few sounds more welcome to US military personnel than the sound of an A-10 Thunderbolt II's GAU-8/A Avenger 30mm autocannon raining down a hail of lead on an unsuspecting enemy force. But here's a question: How the hell do you actually spell (and, in turn, pronounce) that sweet, sweet sound of freedom? To that end, we're attempting to build a regional map of A-10 autocannon pronunciations, from BRRRT to VVVTTT—and we need your help.