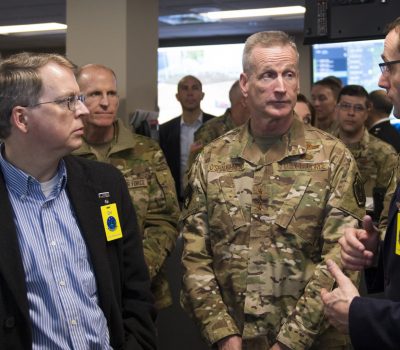 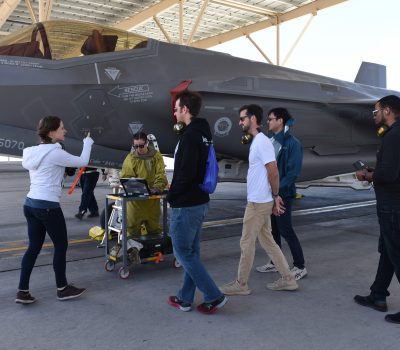 By John A. Tirpak
The F-35’s problematic Autonomic Information Logistics System, or ALIS, will be replaced by a new system starting later this year, which it is hoped will be more user-friendly, more secure, and less prone to error. It’s also to be re-branded as ODIN, for Operational Data Integrated Network. ODIN “incorporates a new integrated data environment,” according to the F-35 Joint Program Office. The system will be “a significant step forward to improve the F-35 fleet’s sustainment and readiness performance,” the JPO said. ODIN is intended to reduce operator and administrator workload, increase F-35 mission readiness rates, and “allow software designers to rapidly develop and deploy updates in response” to operator needs.

By John A. Tirpak
Saab has begun construction of the first tail sections for Air Force T-7A Red Hawk trainers, which eventually will replace the T-38 Talon, the company announced Jan. 21. Saab will build the first seven tail sections for the advanced jet trainer at its Linkoping, Sweden facility. They will then be shipped to prime contractor Boeing in St. Louis, Mo., for final assembly. After the T-7A engineering and manufacturing development phase of the T-7A program, Saab will produce the tail sections at its new plant in West Lafayette, Ind. 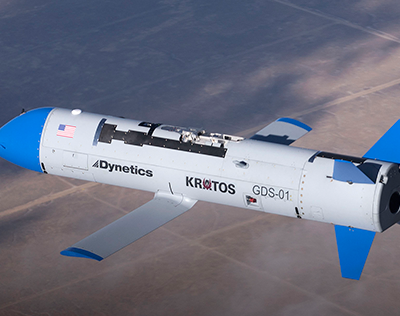 By Rachel S. Cohen
Dynetics and the Defense Advanced Research Projects Agency are moving forward with their Gremlins drone swarming program after flying a small unmanned aircraft for the first time in late November. The X-61A flew with and launched from a C-130 wing at Dugway Proving Ground, Utah. This first airborne test demonstrated some basic capabilities, like transitioning to stable, powered flight, deploying a mechanical arm from the C-130 where the drones can dock, and connecting to data links. 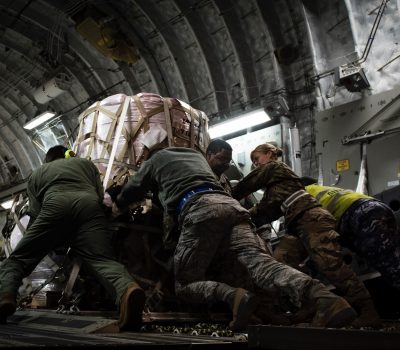 By Brian W. Everstine
USAF airmen have joined the fight against the wildfires raging across Australia, helping Royal Australian Air Force airmen bring relief supplies to affected areas. Airmen at Nellis AFB, Nev., last week helped load more than 50 bundles of fire suppressant and other equipment onto three RAAF C-17s bound for down under. The supplies will go do Australian Emergency authorities and the Rural Fire Service, according to a Nellis release.More than 13 million acres have burned across Australia, according to Nellis. The fires began in September, and more than 80 are still burning as of Jan. 21. 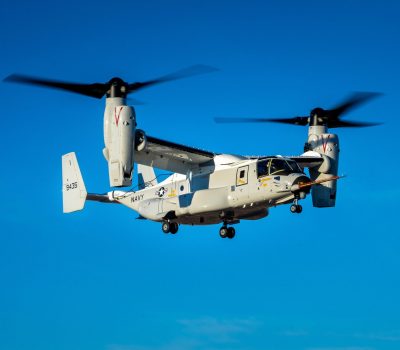 By Brian W. Everstine
The third variant of the Bell Boeing V-22 Osprey took flight for the first time Jan. 21. The US Navy CMV-22B flew at the Bell assembly plant in Amarillo, Texas. The sea-going variant will replace the Navy’s aging C-2A Greyhound, tasked with flying personnel, mail, supplies, and high-priority cargo from shore bases to ships at sea. The CMV-22B will join the USAF CV-22 and US Marine Corps MV-22 as the third variant in the military’s tiltrotor fleet. 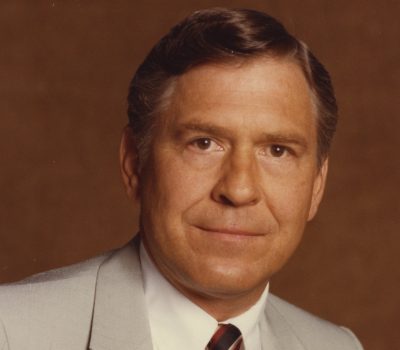 By John A. Tirpak
David Blankenship, former president and chairman of the Air Force Association, died Jan. 19. Blankenship helped organize the B-1B bomber program at Rockwell International's Tulsa, Okla., facilities. He held various leadership positions in AFA culminating in is election as president from 1982-1984, and chairman of the board from 1984-1985.

BAE Systems announced on Jan. 20 it has reached an agreement to buy two subsidiaries being divested for antitrust reasons by Raytheon and UTC as part of the merger between the latter two companies. The agreement includes Collins Aerospace’s military Global Positioning System business, a UTC subsidiary, as well as Raytheon’s Airborne Tactical Radios (ATR) business.

The US Space Force recently revealed the nameplates that airmen who are assigned to the Space Force will wear over their utility camouflage uniforms. Space Force members will wear a full color flag on the left arm, whereas members of the US Air Force wear a spice brown flag on the right arm.

The B-52 Will No Longer Carry Certain Nuclear Weapons. Here's Why

The B-52 Stratofortress will no longer carry the B61-7 and B83-1 nuclear gravity bombs as it prepares to carry the new long-range standoff weapon, known as LRSO. Following reports that the bomb variants had been removed from the Cold War-era aircraft's inventory, officials at Air Force Global Strike Command confirmed the move is in line with the bomber's transition into an era of modern warfare.

AFGSC Recognizes Rand with the Order of the Sword

Gen. Robin Rand, the first four-star commander of Air Force Global Strike Command, will receive the Order of the Sword—the highest honor the enlisted force can bestow on an officer. Rand retired in September 2018 after nearly four decades in uniform.

According to the source, the aircraft revealed itself at an altitude of 31,000 feet over the nuclear facility when the pilot turned on a non-encrypted transponder.

The Advanced Tactical Acquisition Corps (ATAC) in partnership with AFWERX, is assisting the Air Force Warfighting Integration Capability Office in its search for the next-generation gaming technology that will help improve joint warfighter integration and combat capabilities. AFWIC is looking for modern video gaming technology developed by companies with experience and success creating the world’s most popular video games.