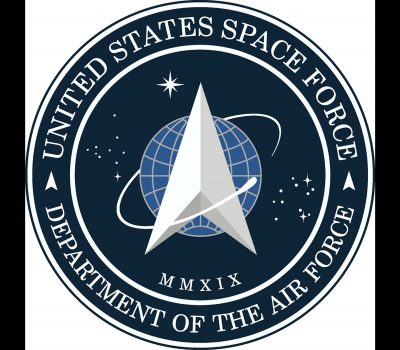 By Rachel S. Cohen
President Donald Trump on Jan. 24 unveiled the first official Space Force seal, an early step in the new service’s attempt to craft its own culture. The seal features an arrowhead symbol over a globe, encircled by a stylized design of an orbit around the Earth. Twenty-two stars adorn the black background, and along the bottom runs year 2019 in Roman numerals: “MMXIX.” 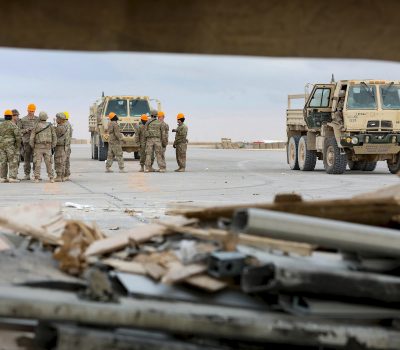 By Brian W. Everstine
The Pentagon now says 34 service members sustained brain injuries in the Jan. 7 Iranian ballistic missile attack on al Asad AB, Iraq. The Defense Department has launched a review of how it tracks and reports injuries. Of the 34 service members who sustained injuries in the attack, 17 were evacuated to Landstuhl Regional Medical Center in Germany for additional care and nine of those troops were taken back to the US — to either Walter Reed National Military Medical Center or their home bases for continued, outpatient care. Eight service members remain in Germany. One other was taken to Kuwait for care and has returned to duty, Pentagon spokesman Jonathan Hoffman said during a Jan. 24 briefing. The announcement comes days after President Donald Trump downplayed the injuries, saying he "heard that they had headaches," saying it "is not very serious." 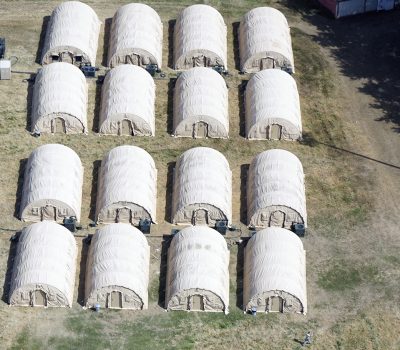 By Jennifer-Leigh Oprihory
Puerto Rico needs its own Disaster Relief Beddown Systems to speed disaster response in the region and to cut associated costs, Puerto Rico Air National Guard leaders told Air Force Magazine in a Jan. 21 interview at Muñiz Air National Guard Base in Carolina, Puerto Rico. The system, also known as DRBS, is essentially a tent-city-creation kit designed to provide a secure location for first responders. But transporting the systems can be a logistical nightmare after a hurricane or other natural disaster when time is of the essence, not to mention cost tens of thousands of dollars, leaders say. 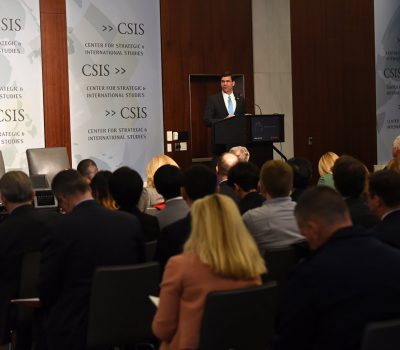 By Brian W. Everstine
Service efforts such as the Air Force’s pitch days for rapid contract awards are just the beginning of the Pentagon's effort to move faster in its acquisition process, but much more work remains to make the five-sided building change its overall risk-averse culture, Defense Secretary Mark Esper said. Esper said the Defense Department encourages service experimentation, but said "the thing we've really got to get at—and it takes time and it’s probably the most difficult part and the hardest to change—is the culture.” Speaking at the Center for Strategic and International Studies event in Washington, D.C., he said. “You have to get the culture right so that folks in the DOD, military, and civilian alike, are willing to put money down on something that may not be 100 percent, or 90 percent, or 80 percent. You've got to be able to take some risk and you've got to be able to accept some failure.” 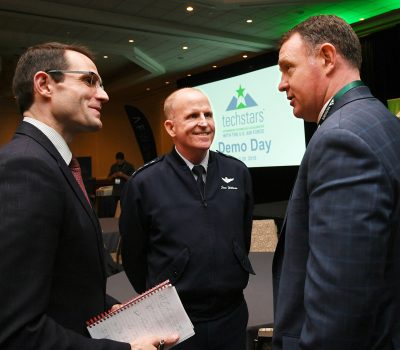 By Rachel S. Cohen
An Air Force-affiliated technology accelerator on Jan. 24 named the startups chosen to participate in 2020, its third group since 2018. The “Air Force Accelerator Powered by Techstars” program picks small businesses that offer products that can benefit troops as well as a broad swath of the commercial market. Those companies get exposure to military customers and larger defense contractors, and speed the time it takes to nab a government contract. 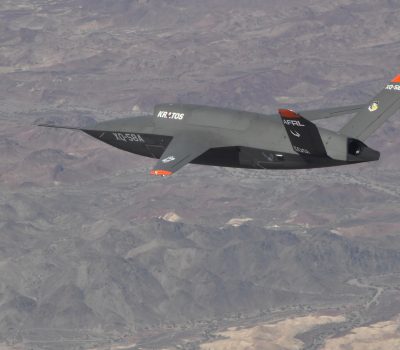 By Rachel S. Cohen
The XQ-58A Valkyrie drone finished its fourth flight test in Arizona on Jan. 23, coming back from a mishap that occurred during its previous test in the fall. Valkyrie, an Air Force Research Laboratory program with manufacturer Kratos Defense, is being designed as a possible munitions-carrying wingman for other military aircraft. The unmanned aircraft is cheaper and easier to produce than other drones, so the Air Force could use them in situations where it might not want to risk losing more advanced systems. Air Force acquisition boss Will Roper said Jan. 21 Valkyrie could fly in the service’s upcoming joint all-domain command-and-control demonstration in April.

Until recently, Lockheed Martin employees manufacturing the C-130J may have been exposed to harmful chemicals, and the Defense Department may have ignored worker concerns, a US senator said Jan. 23. Sen. Chuck Grassley (R-Iowa), who leads the Senate Finance Committee, is calling for an investigation by DOD’s inspector general due to the worker claims, which were made by multiple whistleblowers, Grassley said in a statement.

Industrial Base Could Struggle to Surge Production in Wartime

The US industrial base would be challenged to ramp up production to meet wartime requirements in the event of a protracted great power conflict, analysts and Pentagon officials say.

The Air Force has awarded a $425 million contract to improve Ramstein and Spangdahlem Air Bases in Germany. The multiple-award contract includes funds for design and construction, maintenance, repair, alteration and renovation projects, to support personnel and aircraft expected to move from England to Germany in the coming years.

It carries out attacks through a network of intermediaries, allowing the regime to strike its foes while denying direct involvement.

The Big Data Challenge Getting Smaller for Army, Air Force as CDOs Mature

In naming a chief data officer, the Army and the Air Force took different approaches with an eye toward the same goal.

The results are finally in for the first chocolate chip cookie bake-off in space. While looking more or less normal, the best cookies required two hours of baking time last month up at the International Space Station. It takes far less time on Earth, under 20 minutes.