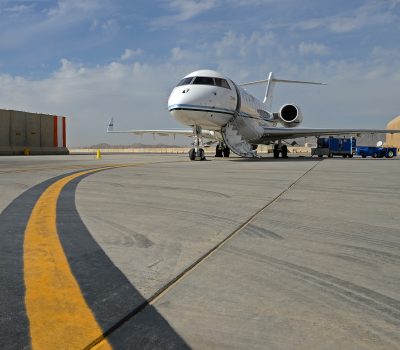 By Brian W. Everstine
Remains of the two crew members aboard the E-11A Battlefield Airborne Communications Node aircraft that crashed this week in Afghanistan were recovered Jan. 28, a US defense official confirmed. At first, Afghan special forces couldn't reach the site of the crash—a snowy field in Ghazni Province north of the aircraft’s operating base of Kandahar Airfield. A US defense official confirmed to Air Force Magazine that two people were onboard the aircraft when it crashed, despite earlier reports that the E-11 was carrying more. 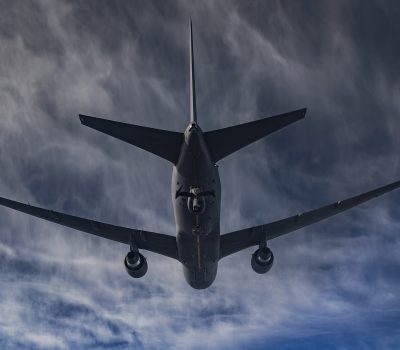 By Brian W. Everstine
Aerial refueling tanker availability remains a major roadblock to readiness for US Transportation Command, prompting the military to look at retaining even more aging tankers as well as the possibility of relying on private contractors to fill the gaps, the head of TRANSCOM said. Army Gen. Stephen Lyons said Jan. 28 that problems with the KC-46 Pegasus program are causing ripple effects that could ultimately shrink the number of aircraft that are available for operations. “We’ve got to figure out a way to mitigate the delayed fielding of the KC-46,” Lyons said at an Atlantic Council event in Washington, D.C. 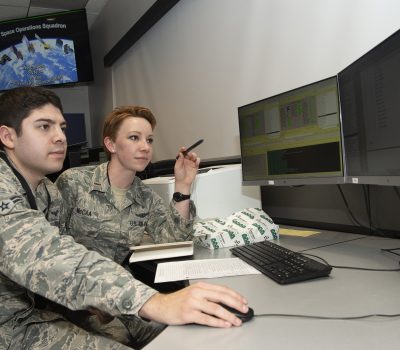 By Rachel S. Cohen
A space architecture enterprise summit in mid-February will bring together stakeholders like the Space Development Agency, Air Force Space and Missile Systems Center, Space Rapid Capabilities Office to determine how each group fits into the DOD’s new military space vision, according to a top Air Force space adviser. “The summit will bring together key organizations with architecture responsibilities to define a common lexicon, address architecture roles and responsibilities, and facilitate an integrated national security space architecture,” Shawn Barnes, deputy principal assistant to the Secretary of the Air Force for space, said in a statement following a Jan. 24 meeting with reporters. Barnes also said he expects the Pentagon in the next six months will lay out a single, department-wide plan for fielding and operating a network of space-based missile defense and missile warning systems. 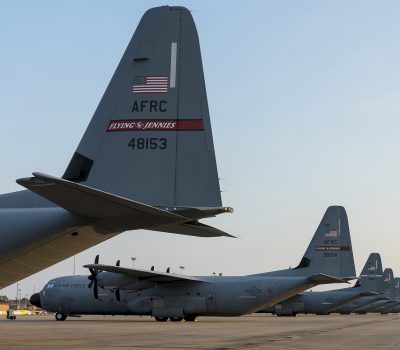 By Brian W. Everstine
Air Force Reserve Command is mulling where to place four newly funded C-130Js, prioritizing two wings with specialized missions. The fiscal 2020 defense spending bill provided an additional $730 million for 8 C-130J aircraft, including four for the Air Force Reserve and four for the Air National Guard. The Lockheed Martin-produced airlifters are slated for delivery to the Reserve in 2023. For the planes' new homes, the Reserve is looking at the 910th Airlift Wing at Youngstown ARS, Ohio, and the 302nd Airlift Wing at Peterson AFB, Colo. The 910th AW offers the military’s only large-area, fixed-wing aerial spray capability that controls disease-carrying insects, pests, “undesirable vegetation,” and to disperse oil spills, according to AFRC. The 302nd AW is the Reserve’s only wing that flies the Modular Airborne Fire Fighting System for the US Forest Service.

In the summer of 2018, the Air Force’s top commander said he had “high confidence” that a research team had finally figured out why the service’s basic training aircraft, the T-6A Texan II, suffered repeated failures of its cockpit oxygen system. But the problem has persisted, even as inexperienced pilots are still learning to solo over populated areas near San Antonio and other cities.

Federal employees interested in working for the military’s newest, space-focused branch now have opportunities to do so, as the Air Force posted several civilian positions on the federal hiring website to draw talent specifically for the Space Force headquarters. The positions all start at GS-12 and above, and are not open to the public, meaning that the Air Force plans to hire current and former feds, military veterans, and family members of feds or military members serving overseas.

The Air Force is looking to build a long-term partnership with an industry provider as it seeks to upgrade the E-3 Airborne Warning and Control System to transmit and receive fifth-generation fighter platform sensor data. AWACS can already exchange Link 16 messages at the "collateral secret level," but now the Air Force wants the Boeing-built surveillance aircraft to receive and display Link 16 data at the "U.S.-only secret level from separately encrypted network participation groups," according to a request for information released Jan. 27.

The long-awaited Special Operations Command's ethics review has finally been released, which argues that there is no "systemic ethics problem" in the special operations community while acknowledging a range of underlying problems stemming from a high operations tempo and insufficient leadership.

The Air Force will hold its first official industry day on its emerging battle management, command and control system for multi-domain operations on Jan. 29. While a number of companies—ranging from defense primes Lockheed Martin and Northrop Grumman to commercial startups such as Ghost Robotics of Philadelphia—brought equipment to the first multi-service exercise of the Air Force’s Advanced Battle Management System Dec. 16-18, the industry day at Wright Patterson AFB, Ohio, will be the first time potential vendors will be provided a comprehensive picture of the multi-faceted concept, according to an announcement by Air Force Life Cycle Management Center (AFLCMC).

Raytheon has won a $197 million US Air Force contract to design a ground system that will be used to collect and process data from missile warning satellites, the company announced Jan. 28. The five-year contract—a two-year base period plus options—is to develop what the Air Force calls the Future Operationally Resilient Ground Evolution, or FORGE. Raytheon beat competitors BAE Systems and Booz Allen Hamilton.

Goldfein: Building Space Force is a Balancing Act of Independence

The Air Force’s top military official says creating the Space Force is a delicate balancing act as officials grapple with how to nest the new service within the larger Air Force organization.