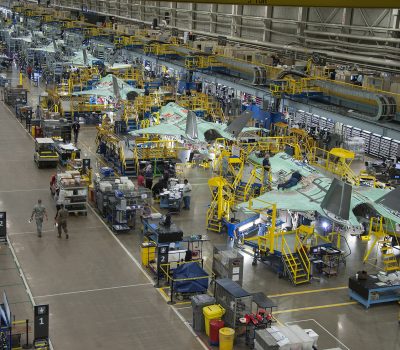 Lockheed Martin Potentially Mixed Up Structural Fasteners in Most F-35s

By John A. Tirpak
Fasteners may have been installed incorrectly on all but a handful of F-35s ever built, but Lockheed Martin believes it's probably not worth it to go back and change out the wrong parts for the right ones. The fastener issue, first revealed by Pentagon acquisition and sustainment chief Ellen Lord in December, affects far more airplanes than initially suggested. 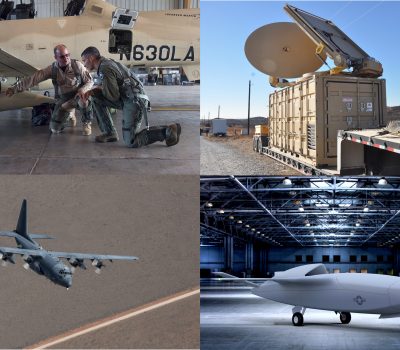 By Rachel S. Cohen
When the Air Force Research Laboratory’s experimentation office was chartered in 2016, the idea of ‘try before you buy’ hadn’t picked up much speed. Nearly four years later, the office is using momentum and top cover from leadership to institutionalize experiments as regular practice in the Air Force. It’s looking for new ways to collaborate across the service, getting involved in the Pentagon’s joint all-domain command and control vision, and launching inquiries into electronic warfare and bulk munitions. 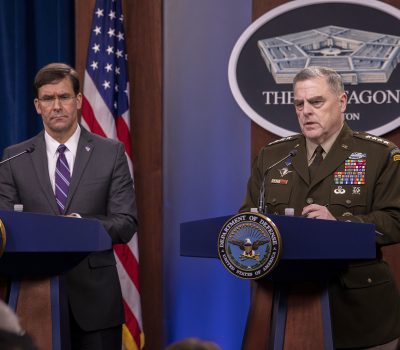 Tally of Brain Injuries from al-Asad Attack Continue to Rise

By Brian W. Everstine
The total number of U.S. forces suffering traumatic brain injuries following the Jan. 7 ballistic missile attack on al-Asad Air Base in Iraq continues to rise, with 64 troops now having been diagnosed with TBIs, the Pentagon announced Jan. 30. Senior officials initially said no U.S. forces were injured when a volley of Iranian ballistic missiles impacted the air base. Chairman of the Joint Chiefs of Staff Gen. Mark Milley told reporters that brain injuries are not “necessarily instantaneous, so [it's] not a surprise” that the numbers continue to rise. Defense Secretary Mark Esper said the U.S. military is still working to deploy a Patriot missile defense battery to the Iraqi base following the attack, though he acknowledged it has been a slow process. U.S. Central Command has said the system is needed, and that request has been supported by the Pentagon, Esper said. However, the deployment needs to be approved by the Iraqi government. 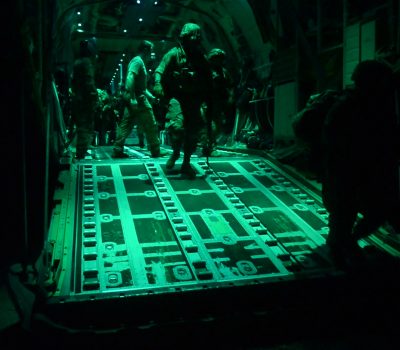 By Brian W. Everstine
U.S. and Kenyan forces were unprepared at the Manda Bay airstrip and Camp Simba when al-Shabab attacked on Jan. 5, leading to the deaths of three Americans and the destruction of six aircraft, the head of U.S. Africa Command said Jan. 30. Al-Shabab was able to breach the base’s perimeter and penetrate the airstrip in an effective attack, Gen. Stephen Townsend told the Senate Armed Services Committee. Since the attack, AFRICOM has deployed a response force of about 120 infantry soldiers to the base to shore up defenses. They’ve been “working hard since 6 January, putting in the appropriate level of defenses. I’m confident that by the time they’re done, Manda Bay will be much more properly defended,” Townsend said. The base is home to the 475th Expeditionary Air Base Squadron. It also serves as a training site for Kenyan forces and a launching point for AFRICOM air operations in the region, especially into Somalia. 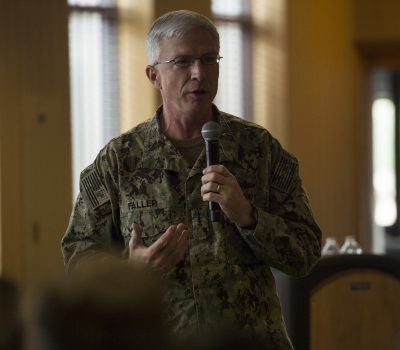 SOUTHCOM Only Getting 20 Percent of Needed ISR

By Brian W. Everstine
Only one-fifth of US Southern Command's intelligence, surveillance, and reconnaissance requirement is being met, and much of that doesn't even come from military hardware. SOUTHCOM boss Adm. Craig Faller told the Senate Armed Services Committee on Jan. 30 that of the roughly 20 percent of his overall ISR requirement, the bulk comes from Customs and Border Protection assets, such as the agency’s small MQ-9 Predator B fleet. Only about 8 percent of SOUTHCOM’s overall ISR need is met by US military assets, Faller said. “ISR is a key part of the intel picture, it is a global demand and we’re short in this hemisphere,” he said.

AFA PRESIDENT’S PERSPECTIVE: Questions and Answers on the Space Force

In his latest column, Air Force Association President, retired Lt. Gen. Bruce “Orville” Wright, catches up with retired Maj. Gen. Tom “Tav” Taverney, a former vice commander of Air Force Space Command who currently serves as chairman of the board of AFA’s Los Angeles-based Schriever Chapter, to get his take on the U.S. military’s sixth service and its significance to the nation and the U.S. Air Force.

Add a gun that can’t shoot straight to the problems that dog Lockheed Martin Corp.’s $428 billion F-35 program, including more than 800 software flaws. The 25mm gun on Air Force models of the Joint Strike Fighter has “unacceptable” accuracy in hitting ground targets and is mounted in housing that’s cracking, the Defense Department’s test office said in its latest assessment of the costliest U.S. weapons system.

The guidance—which directs Defense Secretary Mark Esper's top brass on themes they should include in their testimony to lawmakers—focuses on modernization, strengthening partnerships with allies, reforms, and supporting personnel.

Gen. John Hyten, vice chairman of the Joint Chiefs of Staff, said Jan. 29 at an AFA breakfast event that he hopes to see “significant improvement” this year on loosening classification standards in the infamously overclassified Pentagon.

The U.S. Navy could start lobbying Congress to rethink a law requiring it to have 12 massive aircraft carriers in its arsenal, the service's acting Secretary said. Acting Navy Secretary Thomas Modly said Jan. 29 that "everything is on the table" when it comes to the next force structure assessment, which will lay out a plan for the types and numbers of vessels the service needs.

“The development of deep tactical expertise is costly and rests with increasingly fewer individuals,” writes U.S. Navy Cmdr. Kevin Chlan, a federal executive fellow at the Center for Strategic and Budgetary Assessments who formerly commanded Strike Fighter Squadron 31. “Answering the challenges presented by the NDS through the authorities provided in the 2019 recent NDAA, the Navy and other services should hasten the reform of its workforce, finding new ways to retain and use highly trained experts—such as Maverick.”

Hundreds of people attended a funeral service in suburban Chicago on Jan. 29 for a former U.S. Air Force mechanic who became an “unclaimed veteran” when he died last month. The service for John James Murphy, 71, was held at Symonds-Madison Funeral Home in Elgin, Ill.

This Phantom has been in service with the Japan Air Self-Defense Force since it was imported from the United States in 1971. Now, it is flying a pretty unusual mission.

Wing Cmdr. Paul Farnes was among the 3,000 airmen—The Few—who defended Britain's skies in 1940. He died at his home in Hampshire on the morning of Jan. 28, the Battle of Britain Memorial Trust said. His battle victories made Wing Cdr Farnes an ace, a term taken to mean any fighter pilot credited with shooting down five or more enemy aircraft.