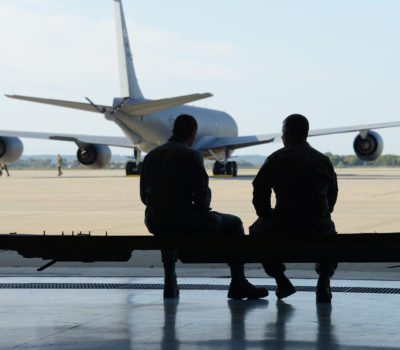 By Brian W. Everstine
A total of 137 Airmen took their own lives in 2019—a 33 percent increase from the 103 suicides in 2018 despite service efforts to get the problem under control. The high pace of suicides has long worried senior service leaders, who in July ordered wings to stand down for a day to focus on the issue. Suicide is “an adversary that is killing more of our Airmen than any enemy on the planet,” Air Force Chief of Staff Gen. David Goldfein said at the time. 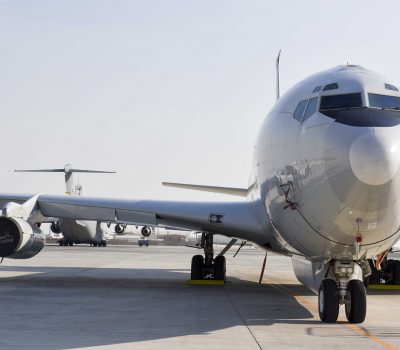 JSTARS Returns to the Middle East

By Brian W. Everstine
The Air Force recently deployed the E-8C Joint Surveillance Target Attack Radar System back to the Middle East, about three months after pulling the aircraft from theater for the first time in 18 years. Air Combat Command said at the time there was a "higher demand signal for JSTARS support" to other combatant commands, but photographs released Feb. 1 by Air Forces Central Command show the E-8C returned to al Udeid Air Base, Qatar, on Jan. 16—just over a week after Iran launched a volley of ballistic missiles at U.S. personnel in Iraq. 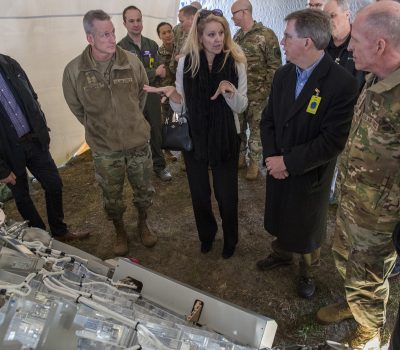 By Rachel S. Cohen
Two Air Force officials say they and their counterparts in the other services will dig into joint operating concepts for command and control following a Pentagon-wide gathering on the topic in mid-January. "We really looked at structure, processes, and challenges and opportunities, and that's probably the best way to describe the outcomes of the C2 summit this time, as we looked at the need for what joint operating concepts the services need to develop," Air Combat Command Operations Director Maj. Gen. Kevin Huyck said. 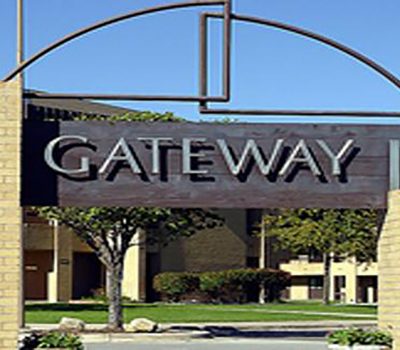 By Brian W. Everstine
The Pentagon is opening four additional bases, including two Air Force installations, to the Department of Health and Human Services for the possible quarantine of personnel as the coronavirus outbreak continues. On Feb. 1, the Pentagon agreed to provide housing at Travis Air Force Base, Calif.; Joint Base San Antonio-Lackland, Texas; Fort Carson, Colo.; and Marine Corps Air Station Miramar, Calif., for up to 1,000 individuals if needed. The housing would be for Americans returning from overseas travel in areas impacted by the coronavirus outbreak. So far, about 200 personnel are being housed at March Air Reserve Base, Calif. 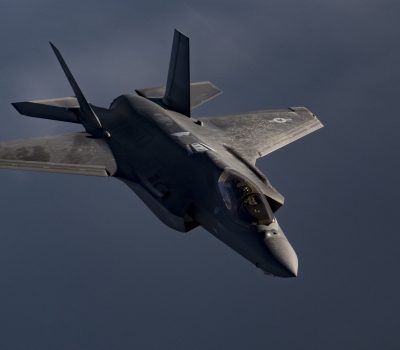 By John A. Tirpak
The F-35 fleet is safe to fly, despite an under-strength fastener problem potentially affecting nearly all F-35s, Pentagon acquisition and sustainment chief Ellen Lord said during a Jan. 31 press conference. A root cause analysis continues, but the Pentagon has "confidence in the integrity" of the jet, she said.

Al-Qaida’s branch in Yemen claimed responsibility on Feb. 2 for last year’s deadly shooting at the Naval Air Station Pensacola, Fla., by an aviation student from Saudi Arabia. Al-Qaida in the Arabian Peninsula, or AQAP, released a video claiming the attack.

The leader of the Defense Department’s hub for integrating artificial intelligence into operations and functional purposes of the military will retire this summer. Joint Artificial Intelligence Center Director Lieutenant Gen. John Shanahan will leave the Air Force, but continue his duties until he transitions from the service, JAIC spokesman Lieutenant Cmdr. Arlo Abrahamson told Federal News Network in a statement.

DOD’s Top IT Official Talks AI, JEDI, and How to Win Over the Commercial Tech Community

Defense Department Chief Information Officer Dana Deasy spoke recently with Jill Aitoro, executive editor of C4ISRNET and its sister brand Defense News, about the tech priorities for the department—and how that Amazon protest of the department’s enterprise cloud contract award impacts his plans.

Veterans Affairs Secretary Robert Wilkie on Feb. 3 announced the abrupt firing of his No. 2 at the Veterans Affairs Department, James Byrne, after less than five months formally on the job. “Today, I dismissed VA Deputy Secretary James Byrne due to loss of confidence in Mr. Byrne’s ability to carry out his duties,” Wilkie said in a brief, cryptic statement posted on the VA’s website.

The agreement creates a new culture paradigm for the acquisition and operational communities, focused on improved communication and continuous collaboration. It also establishes a framework for bilateral immersions of Airmen to create better understanding of the maintenance and operational requirements of a weapons system throughout its life cycle.

The Pentagon Is Spending Millions on Hunter Drones with Nets

After an F-22 Raptor nearly collided with a cheap drone in 2017, the U.S. Air Force’s Air Combat Command received permission to shoot down unmanned flying objects that get too near its airbases. But shooting down drones over cities is a less-than-ideal solution to a growing problem. So the U.S. military is trying a new tack: spending millions of dollars on defensive drones armed with nets.

Publicly available data suggests that a Russian inspector satellite has shifted its position in orbit to bring it relatively close to a U.S. KH-11 spy satellite. Russia has a number of what it calls "space apparatus inspectors" in orbit, which the U.S. government and others warn the Kremlin could use to gather intelligence on other satellites or function as "killer satellites," using various means to damage, disable, or destroy those targets.

The Trump administration's decision to lift a ban on using anti-personnel landmines outside the Korean Peninsula will protect U.S. forces, according to Defense Secretary Mark Esper. "Ultimately, they serve as a force multiplier, helping U.S. forces to fight effectively against enemy threats, which may be numerically superior or capable of exploiting operational or tactical advantages over U.S. forces," he wrote in a Pentagon memo issued Jan. 31.

The Defense Department Wants to Use the Atmosphere as a Sensor

The atmosphere is critical to life on the planet Earth, encompassing the air we breathe, blocking out life-threatening ultraviolet radiation from the sun and providing a barrier against the harshness of outer space. Now, the Pentagon’s research arm aims to explore another use for the atmosphere: Its viability to act as a sensor that can pinpoint potential disruptions to the planet.