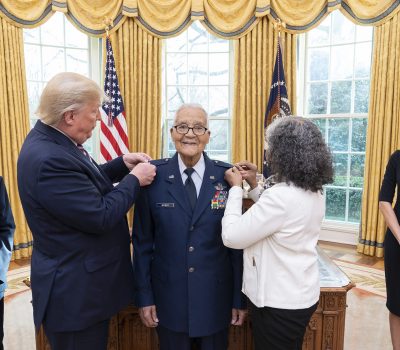 Trump Honors Tuskegee Airman in State of the Union Address

By Amy Hudson
President Donald Trump honored Tuskegee Airman Charles McGee during his State of the Union address on Feb. 4, hours after pinning stars on McGee's shoulders in the Oval Office. Throughout his career, McGee flew a record 409 combat missions, more than any other pilot in World War II, Korea, and Vietnam. “Incredible story. After more than 130 combat missions in World War II, he came back home to a country still struggling for civil rights and went on to serve America in Korea and Vietnam,” Trump said. He added, “Gen. McGee, our nation salutes you. Thank you, sir.” 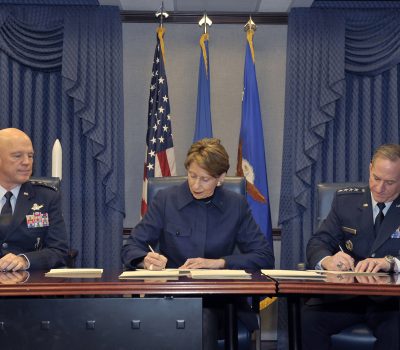 By John A. Tirpak
The Air Force’s unique “pass-through” budget mechanism, which inflates the apparent size of the service’s budget with monies that aren’t actually under its control, may become the core of the new Space Force’s budget, Air Force Secretary Barbara Barrett reported. Barrett, in a Jan. 30 interview with Air Force Magazine, said giving the pass-through account to Space Force is “one of the ideas” being evaluated as the new service’s budget is shaped for the first time. There are, however, opponents to the change, which she characterized as "protecting their rice bowl." 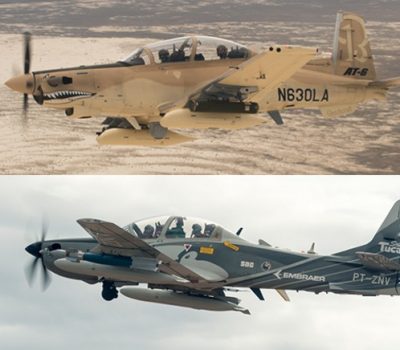 By Brian W. Everstine
US Special Operations Command is moving forward with its armed overwatch plan, independent of the Air Force’s light attack experiment, inviting industry for a briefing in March on a proposal to buy an estimated 75 aircraft. The aircraft would “provide Special Operations Forces deployable and sustainable manned aircraft systems" for close air support, precision strike, and SOF intelligence, surveillance, and reconnaissance in austere and permissive environments," according to a Feb. 3 announcement. 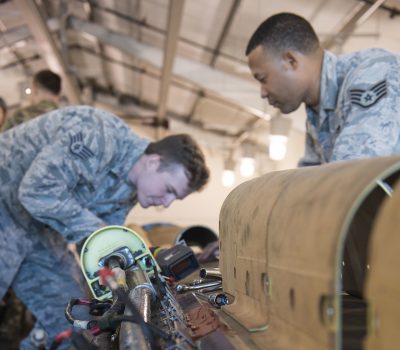 By Rachel S. Cohen
VANDENBERG AIR FORCE BASE, CALIF.—Air Force Global Strike Command’s No. 2 officer said his organization is comfortable with how the next-generation land-based nuclear missile program is progressing despite having only Northrop Grumman involved in the design competition. “What we have seen so far is going in an incredible direction, regardless of if we had multiple competitors or not,” Lt. Gen. Anthony Cotton, AFGSC’s deputy commander, told reporters Feb. 3. “We're not seeing any concern to think that the vendor will try to do something that is out of faith for us." 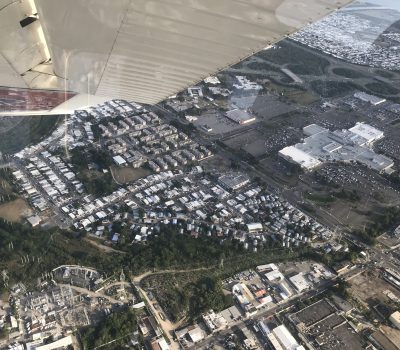 By Jennifer-Leigh Oprihory
Since an ongoing series of earthquakes began to rock Puerto Rico in late December, including a magnitude 5.0 tremor on Feb. 4, Civil Air Patrol has been engaged in relief and recovery efforts, both in the sky and on the ground. The U.S. Air Force Auxiliary has not only teamed up with the Federal Emergency Management Agency to scope out the extent of the damage, but it has also worked with local organizations to connect citizens in need with basic necessities.

The report delivered Feb. 3 stresses that the Space Force will not have the traditional layers of bureaucracy that Congress cautioned it did not want to see in the new service. “Building the Space Force from the ground up is an historic opportunity to take a clean sheet approach to designing a 21st century military service with a streamlined organizational structure,” says the report.

The Pentagon will propose retiring many of its older aircraft as new capabilities come online, but the cuts aren’t as steep as initially planned.

Here Are the Fighter Squadrons Currently in the Middle East

The Air Force now has three squadrons of fighter jets deployed to three different countries in the Middle East.

U.S. Africa Command conducted an airstrike against al-Shabab militants in Somalia on Feb. 4. The strike comes on the heels of several operations and airstrikes in Somalia last month that resulted in the destruction of two al-Shabab compounds. "Armed overwatch and precision engagement capabilities will continue to create big-time challenges for al-Shabab,” U.S. Army Brig. Gen. Miguel Castellanos, AFRICOM’s deputy director of operations, said in a news release Feb. 4.

The Air Force has awarded Google’s cloud business a $2 million contract it hopes will ultimately provide its tens of thousands of airmen more secure, higher-quality data.