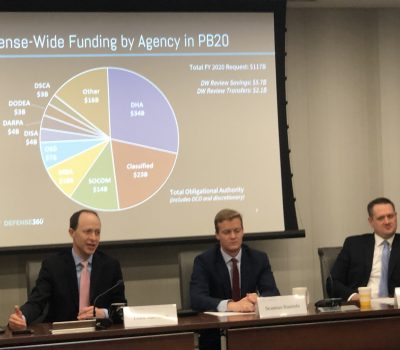 What to Look for in the 2021 Budget Request

By Amy Hudson
The Defense Department’s fiscal 2021 budget request will be released Feb. 10, offering new insight into funding plans for the new U.S. Space Force, glimpses into whether the Defense Department is changing its investment strategy for great power competition, and projections of what future spending might look like once the Budget Control Act expires in 2022, according to analysts at the Center for Strategic and International Studies. Fiscal 2021 is the last year for sequestration caps, so analysts are going to be paying close attention to the Defense Department’s five-year plan to glean what the new normal might be. 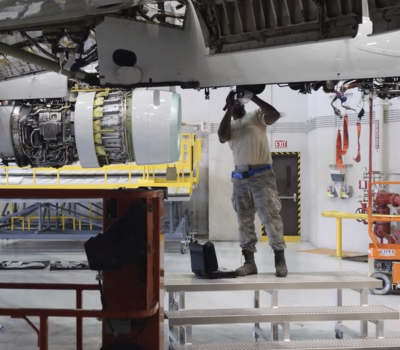 By Rachel S. Cohen
The Air Force is working through kinks in its in-house maintenance initiative for the E-8C Joint Surveillance Target Attack Radar System as it tries to save money and time on tuning up the fleet. About a year and a half after Robins Air Force Base, Georgia, started handling JSTARS maintenance itself, two of three aircraft have successfully finished their in-depth sustainment work. The third, however, has sat in depot since July 2018—nearly 600 days—and it’s unclear when it might be able to leave. 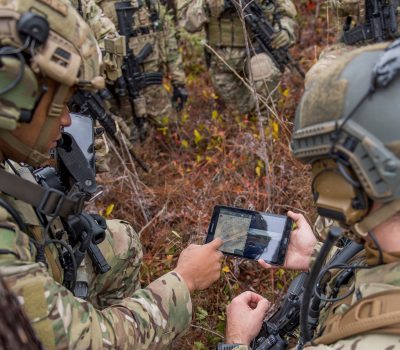 By Brian W. Everstine
The service must continue to evolve its thinking on command and control in order to effectively modernize and prepare for great power conflict, two leading Air Force experts said Feb. 7. Increased investments in Joint All-Domain Command and Control is “gutsy” because it isn’t as attention grabbing as buying a new airplane, though it is necessary to counter Russia and China, said Thomas Ehrhard, the vice president for defense strategy at the Long Term Strategy Group and a former senior adviser in the Air Force. Service leaders, especially Chief of Staff Gen. David Goldfein, have “put skin in the game” to improve command and control—a top priority not only for the service, but the thing that Russia and China say they will attack first, he said. 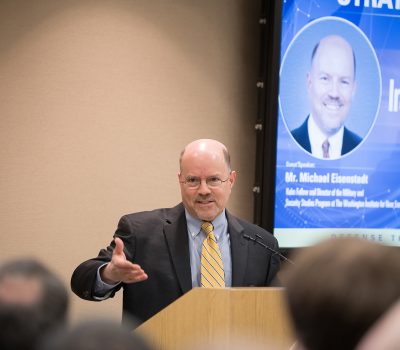 Threat of War With Iran Low, Though Proxy Attacks are Back

By Brian W. Everstine
The threat of large-scale Iranian action against the United States has waned following the Jan. 3 drone strike that killed that country’s top military leader; however, small-scale attacks have returned, experts said Feb. 7. The strike at the Baghdad International Airport, which killed Iranian Quds Force Commander Qassem Soleimani and the leader of an Iranian-backed militia, prompted the Jan. 7 ballistic missile attack on American forces inside Iraq. Since then, the “chance of an all-out war” is not high because Tehran’s top priority is survival and the Trump Administration doesn’t want another war in the region, said retired Lt. Gen. David Deptula, dean of AFA’s Mitchell Institute for Airpower Studies, during an event at the Washington Institute. 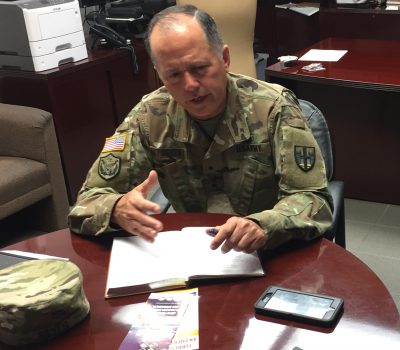 By Jennifer-Leigh Oprihory
The House on Feb. 7 passed a bill that will provide an infusion of emergency supplemental funding and tax credits to Puerto Rico, which is still recovering from an ongoing string of earthquakes, even as other military construction funding is diverted to pay for the wall along the southern U.S. border. Approximately $555 million was approved for military construction projects in the U.S. territory—whose military infrastructure was still recovering from 2017's Hurricane Maria when the earthquakes started on Dec. 28, Puerto Rico National Guard spokesman Lt. Col. Paul Dahlen told Air Force Magazine via email. However, $440 million of that was held back for potential use on the wall, leaving the Guard with just $115 million to work with. “We raise our flag because we need ... that money,” Maj. Gen. José Reyes, Puerto Rico adjutant general, told Air Force Magazine in a Jan. 22 interview in San Juan. 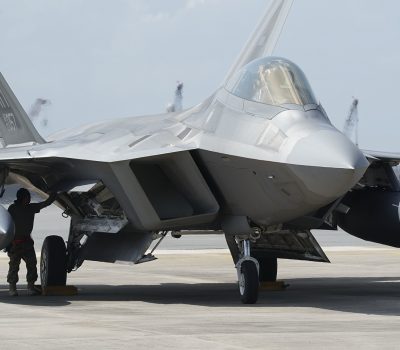 By Brian W. Everstine
The Pentagon’s top weapons buyer and several aerospace corporations have pulled out of the Singapore Air Show as concerns about the new coronavirus spread, though U.S. Air Force demonstration teams, airmen, and other aircraft will still attend. Multiple companies, including Gulfstream and Textron Aviation from the U.S. and Bombardier from Canada, also have confirmed they will not attend the yearly air show, according to a press release from the event. However, the U.S. Air Force is sending a large contingent of aircraft and personnel, including Air Combat Command’s F-22 aerial demonstration team from Joint Base Langley-Eustis, Virginia. 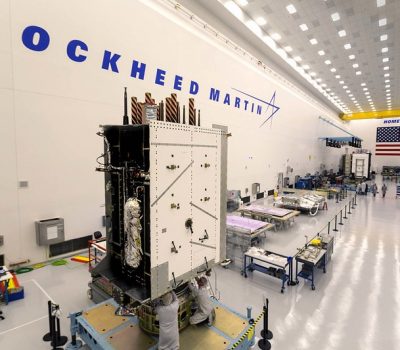 By Jennifer Hlad
The Space Force has received its first GPS III satellite, with a launch slated for April. The Lockheed Martin-built next-generation satellite, which was shipped to Cape Canaveral, Florida, on a C-17 from Buckley Air Force Base, Colorado, is the third GPS III to be delivered. The first launched in December 2018 and was set “healthy and active” by the 2nd Space Operations Squadron on Jan. 13, making it available for military and civilian GPS users. The second launched in August, has finished on-orbit testing, and is waiting its turn to be integrated into the constellation, Lockheed Martin said in a press release.

President Donald Trump on Feb. 6 confirmed the death of an al-Qaeda leader in a U.S. drone strike in Yemen. Trump said the U.S. carried out a successful counterterrorism operation that killed Qasim al-Rimi, the founder and leader of al-Qaeda in the Arabian Peninsula (AQAP), an affiliate of the terrorist group.

Defense Secretary Mark Esper put forward a plan Feb. 6 to place the Army in charge of the Close Combat Lethality Task Force, a move that drew immediate opposition from a top adviser to the task force. Esper's proposal drew fire from retired Army Maj. Gen. Robert Scales, a member of the task force advisory board who worked closely with Mattis in setting up the group.

More effectively targeting pilot candidates may help the Air Force solve its pilot manning shortage. Air Education and Training Command has turned to the data analytics program at the University of Texas-San Antonio to help them refine and validate the Pilot Candidate Selection Method as part of an Educational Partnership Agreement.

The Defense Department has withheld $104 million from research labs at Fort Detrick and Aberdeen Proving Ground, a decision that has Maryland lawmakers scratching their heads, given the expanding threat of the Wuhan coronavirus.

“As the 2019 novel coronavirus spread into a full-fledged epidemic, China’s government took an extraordinary series of responses, effectively quarantining some 50 million people in the Wuhan area,” write New America strategist Peter Singer and BluePath Labs analysts Peter Woods and Alex Stone. “But even as the government [somewhat belatedly] sprung into action, its limited mobilization of Chinese military assets and personnel has been notable—both because militaries traditionally play significant roles in battling pandemics and Beijing has in recent years been at pains to trumpet its burgeoning military capability.”

The Veterans Affairs Department’s health care facility in Palo Alto, California, is poised to become the agency’s first 5G-enabled hospital—and one of the first in the world. During a “State of the VA” speech in Washington, Feb. 5, VA Secretary Robert Wilkie unveiled the agency’s plans to tap into fifth-generation wireless technology to provide veterans with ultramodern medical care.

The 100th Air Refueling Wing has taken "immediate corrective action" after its official Twitter page for RAF Mildenhall in the United Kingdom "liked" a tweet from President Donald Trump's re-election campaign and another tweet from the President himself attacking one of his political rivals, a spokeswoman said.

The wall of Warthogs put on quite the fireworks show off the coast of Dubai.