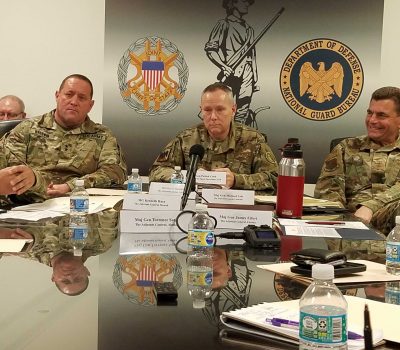 By Rachel S. Cohen
National Guard officials are pushing for the Defense Department and Congress to create a Space National Guard, despite some uncertainty within the Pentagon about how to move forward. The Office of the Secretary of Defense is drawing up multiple options for what the Space Force’s reserve component might look like, including creating a single-component service with full-time and part-time employees instead of traditional Reserve or National Guard units, or possibly ditching the reserve component altogether, said Maj. Gen. David Baldwin, California’s adjutant general. “We don’t really know what [a single component] means, but they’re, again, doing their due diligence and they need the time to be able to churn through that,” Baldwin told reporters at a Feb. 12 briefing. 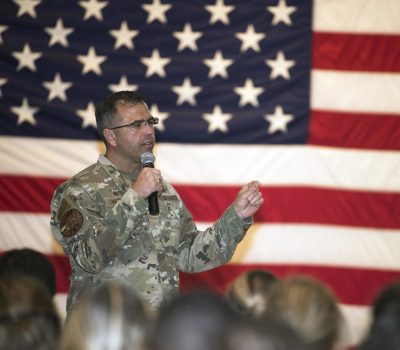 By Rachel S. Cohen
VANDENBERG AIR FORCE BASE, Calif.—Military officials are looking at putting the 30th and 45th Space Wings under a new Space Force Systems Command to group the launch-focused organizations with others that handle procurement rather than warfighting. “In the [reorganization], we have seen different models where perhaps these two, the Western range and the Eastern range, they could go on to another field command like Systems Command,” Combined Space Operations Center boss Brig. Gen. Scott Brodeur told Air Force Magazine in a recent interview here. “One of the things that's on the table is, how do we look at our space launch organization in the future?” 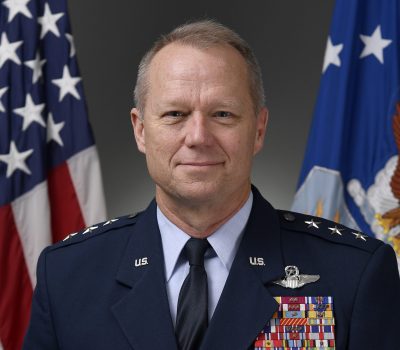 By John A. Tirpak
The new Air Force budget responds to the arrival of peer militaries on the world scene, the service's deputy chief of staff for operations said Feb. 12. The nation must shake off notions about Air Force capabilities that are 30 years old and no longer realistic, Lt. Gen. Mark Kelly said, adding the new force also relies on allies to provide capacity in a multi-theater war. 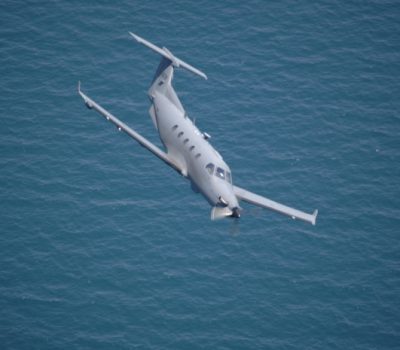 By Brian W. Everstine
U.S. Special Operations Command’s armed overwatch planes eventually will replace the U-28 Draco, a small fleet of specialized and heavily used intelligence, surveillance, and reconnaissance aircraft, Air Force Special Operations Command boss Lt. Gen. James Slife said Feb. 12. Under the armed overwatch program, SOCOM wants to purchase 75 off-the-shelf aircraft within about five years to fly air support for special operators. The new, low-cost aircraft will conduct a similar ISR role as the U-28 as well as provide strike support. The U-28 has service life issues “because of how heavily we’ve operated those airplanes over the last 15 years or so,” Slife said. 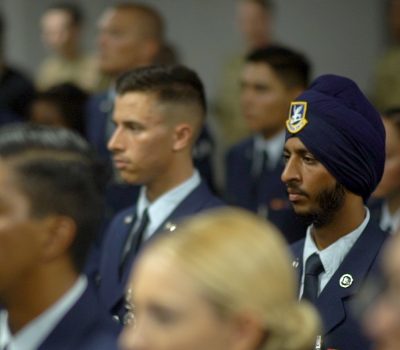 By Brian W. Everstine
The Air Force has updated its grooming standards to formally allow Airmen to grow neatly trimmed beards, standardizing the religious or medical exemption process. The updated Air Force Instruction, released Feb. 7, also formally allows Sikh airmen to wear turbans and Muslim women to wear hijabs. Groups such as the Sikh American Legal Defense and Education Fund and the Council on American-Islamic Relations, which pushed the service to grant such waivers, called it a “step toward religious accommodation and inclusion for military personnel of all faiths.”

PRESIDENT’S PERSPECTIVE: Every Airman a Warrior

“On every continent, Airmen are on watch and ready to deliver decisive blows to our enemies and critical aid to their teammates in arms—Soldiers, Sailors, and Marines,” writes retired Air Force Lt. Gen. Bruce “Orville” Wright, president of the Air Force Association. “Teamed with our remarkable Special Operations forces, our Airmen are the ‘killer angels’ overhead. To much of America, however, they are all but invisible. Yet their work should never be a thankless task.”

The Air Force flew two B-52 bombers and an MC-130J Commando II tanker along the Taiwan Strait on Feb. 12 after Chinese naval and air forces flew over the island twice this week, Taiwan’s Ministry of National Defense said. The aircraft flew north to south along the airspace over the Taiwan Strait and were “closely monitored,” the defense ministry said in a statement.

The technology could lead to new and improved ballistic missile designs with greater reliability, flexibility, and added range.

The Pentagon’s budget request for fiscal 2021 includes $88 million to complete the construction of a Consolidated Space Operations Facility at Schriever Air Force Base, Colo. The CSOF was requested two years ago by the U.S. Air Force Space Command and U.S. Strategic Command to meet growing demands for secure facilities for military space operators and analysts from the intelligence community. The facility is funded in the U.S. Air Force budget, and will be used by the U.S. Space Force and U.S. Space Command.

Three of the founders of bankrupt Vector Launch have created a new startup, NewSpace Networks, to develop space software products for applications such as data analysis, cybersecurity, and the Internet of Things. As one of their first forays into the market, the company intends to respond to the Space Development Agency’s January call for “leap-ahead technologies” for its evolving Defense Department space architecture.

Neo-Nazi Group Membership May Not Get You Booted from Military, Officials Say

Membership in a white supremacist or neo-Nazi group won't necessarily get a U.S. service member tossed out of the military, defense officials told a House subcommittee Feb. 11. The officials, including representatives of Naval Criminal Investigative Service and the Army's Criminal Investigation Division, appeared to make a distinction between membership in an extremist organization and "active participation" in deciding on recruitment and retention.

Training was supposed to start this week ahead of deployment in March, but Veterans Affairs officials said that timeline has been pushed out.

Capt. Stuart Shippee, of the 393rd Bomb Squadron at Whiteman Air Force Base, Mo.,, proposed to his girlfriend Marie Lisman by launching a weather balloon into space with a ring soaring high above the Earth, according to a recent news release.