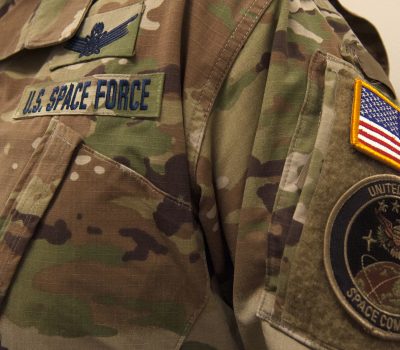 By Jennifer-Leigh Oprihory
The Space Force wants Air Force space professionals to help it name its forces, operational units, and ranks. Now through Feb. 24, individuals with USAF Common Access Cards who have Air Force Portal access can join in the conversation, according to a Feb. 13 Air Force release. USSF is particularly interested in hearing from Airmen who’ve been assigned to the sixth service, as well as those who think they may join it later on. USSF officials also plan to reach out to Army, Navy, and Marine Corps military space professionals. 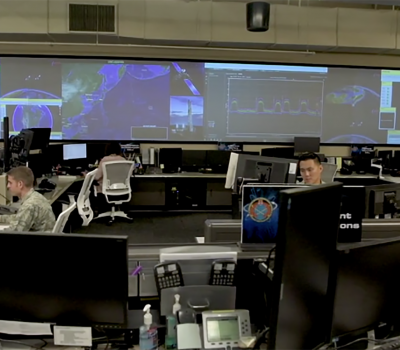 By Rachel S. Cohen
VANDENBERG AIR FORCE BASE, Calif.—Handing off responsibility for space traffic management from the Space Force to the Commerce Department is proving slower than expected, a military official told Air Force Magazine. Mark Daley, the Commerce Department’s operations deputy in the Office of Space Commerce, joined the Combined Space Operations Center here last year. But lower-than-planned funding in 2020 is hindering Commerce’s ability to take over as an orbital traffic cop of sorts, as commercial companies want to exponentially grow the number of satellites in space. “We would have imagined four or five personnel here by now to be able to go through training,” CSpOC boss Col. Scott Brodeur said in a recent interview. 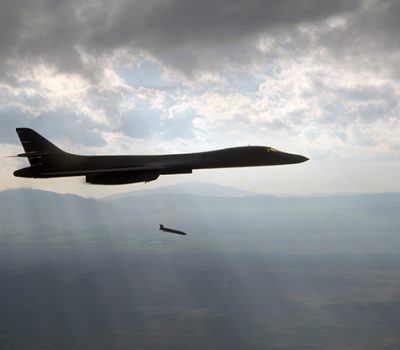 By Brian W. Everstine
The newest variant of the Air Force’s advanced, stealthy Joint Air to Surface Standoff Missile-Extreme Range will start low-rate initial production next year, with deliveries beginning in 2024, according to the service’s budget request. The Air Force’s fiscal 2021 request includes $506 million total for JASSMs, including $60 million in initial funding for 40 AGM-158D variants—previously known as the JASSM-XR, or “Extreme Range.” While the JASSM-Extended Range can reach about 500 nautical miles, the new variant is expected to have a range of about 1,000 miles. 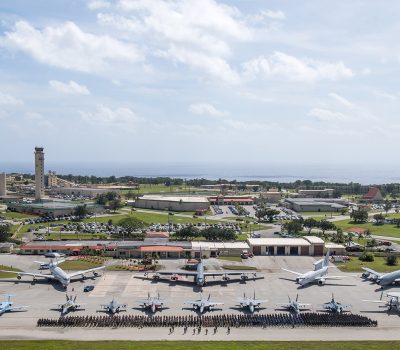 By Brian W. Everstine
One of the Air Force’s biggest exercises in the Pacific is underway, with 2,000-plus personnel and more than 100 aircraft training together through the end of February. During Exercise Cope North—headquartered at Andersen AFB, Guam—USAF, Japan Air Self-Defense Force, and Royal Australian Air Force troops will train together on humanitarian assistance and disaster relief scenarios, as well as strike missions. The second half of the exercise will focus on air combat tactics and large-force employment, according to a Pacific Air Forces release. 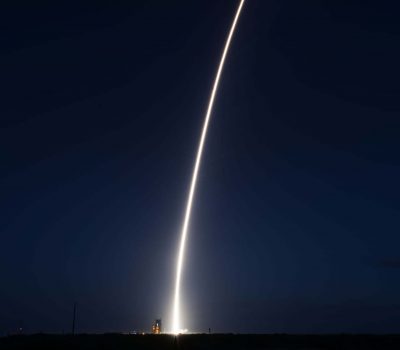 By Amanda Miller
An independent review team investigating the first in-space test of Boeing’s Starliner astronaut capsule should have its review wrapped up by the end of February. Boeing and NASA are conducting the review jointly. They already plan to recheck all 1 million lines of Starliner’s software code after the capsule, flying crewless for the test, failed to reach the International Space Station and dock there, a requirement for NASA’s human spaceflight certification. A future flight test with a three-person crew, expected to include retired Air Force Col. Edward Michael Fincke, is also part of the plan for human certification.

Arizona lawmakers are vowing to fight a plan by the Air Force to start retiring some of the nation’s fleet of A-10 Thunderbolt II ground-attack jets—a major operation at Davis-Monthan Air Force Base—as part of a plan to drop some older, legacy weapon systems to help pay for new programs.

F-35 Gets Thumbs Up from Singapore’s Air Chief

Singapore’s Air Force chief has given his vote of confidence in the Lockheed Martin F-35 fighter jet amid the country’s efforts to buy new fifth-generation aircraft. However, he acknowledged that challenges still remain in the acquisition process, particularly in regard to logistics.

Air Force to Kick Off E4-B Replacement Competition in 2021

The Air Force intends to issue the first contracts for replacing the venerable E-4B “Doomsday” plane in 2021, with a budget of $76.4 million—more than six times the $12.7 million approved by Congress in 2020.

Northrop Grumman was awarded a $253.5 million contract by the Space Force to develop a cyber-secure communications payload that could be deployed on a military or commercial satellite. The Space Force’s Space and Missile Systems Center announced Feb. 12 that Northrop Grumman was the first vendor selected to build a prototype payload under the Protected Tactical Satellite Communications (PTS) program that the U.S. Air Force started in 2018.

Opinion: Hackers Could Shut Down Satellites—or Turn Them into Weapons

“Amid all the fanfare, a critical danger has flown under the radar: the lack of cybersecurity standards and regulations for commercial satellites, in the U.S. and internationally,” writes William Akoto, a postdoctoral research fellow at the University of Denver. “As a scholar who studies cyber conflict, I’m keenly aware that this, coupled with satellites’ complex supply chains and layers of stakeholders, leaves them highly vulnerable to cyberattacks.”

During a news conference at NATO headquarters in Brussels, Belgium, Defense Secretary Mark Esper responds to a question about the decision to cut federal funding for Stars and Stripes in favor of other priorities, including nuclear programs and hypersonic missiles.

The Total Force mass enlistment took place on stage in the center of the track at the Daytona 500. Lt. Gen. Brad Webb, Air Education and Training commander, conducted the oath to the Air Force’s newest members. Moments later the group moved to a private gathering where the President gave a brief speech before the race.