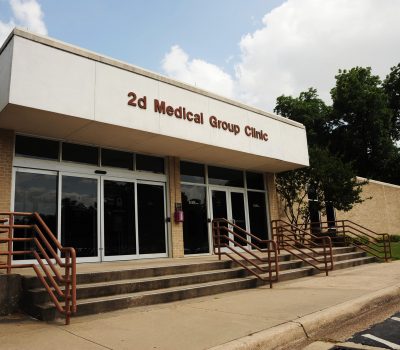 By Brian W. Everstine
The Pentagon is downsizing or closing 50 medical clinics, including 12 on Air Force bases, in a move the department says will “increase the readiness of our operational and medical forces.” But the change will also force families and retirees away from some USAF facilities and into TRICARE civilian providers. Matt Donovan, the former acting Air Force secretary who is performing the duties of the under secretary of defense for personnel and readiness, outlined the changes in a Feb. 19 report to congressional leaders. 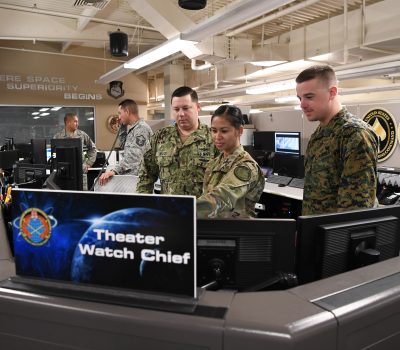 By Rachel S. Cohen
VANDENBERG AIR FORCE BASE, Calif.—The Space Force’s Combined Space Operations Center here is finding its rhythm with “Section 31,” a software coding team tasked with regularly rolling out new space command and control apps. “Right now, onboarding new tools is a full-time job,” CSpOC boss Col. Scott Brodeur told Air Force Magazine in a recent interview. “Articulating our requirements, working with companies to build software, deploying the software and making it work—I have a division that just works that full-time." The Space Force wants space surveillance tools that are more accurate and sustainable, as well as a high-accuracy catalog of objects in space, among other products that will give the military a better picture of what systems on orbit are doing. 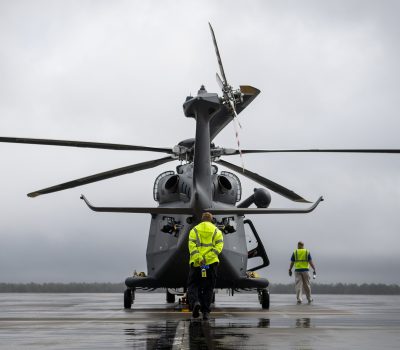 By Rachel S. Cohen and Brian W. Everstine
The Air Force completed its first combined test flight of the MH-139A Grey Wolf with manufacturer Boeing on Feb. 11, the service said in a Feb. 19 release. Testing at Eglin Air Force Base, Fla., is the first time Air Force pilots get to vet the new helo, which will replace the Vietnam War-era UH-1N Huey as a nuclear missile field patrol and VIP transport aircraft. “Boeing completed extensive flight testing on Grey Wolf to satisfy Federal Aviation Administration requirements before the introduction of mixed contractor and Air Force crews,” the service said in the release. “The MH-139A program should complete initial military ground testing later this month.” 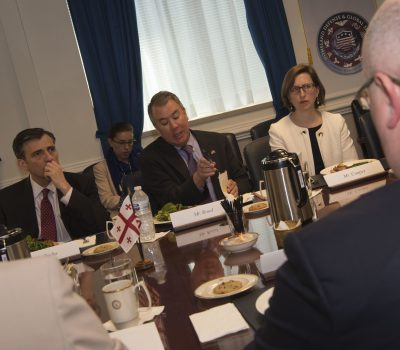 By Brian W. Everstine
The Pentagon’s top policy official will leave his position Feb. 28 at the request of President Donald Trump in another departure of top Defense Department officials in recent weeks. John Rood, who has served as the under secretary of defense for policy, wrote in a Feb. 19 departure letter to Trump that “It is my understanding from Secretary (Mark) Esper that you requested my resignation from serving as Under Secretary of Defense for Policy. Senior administration officials appointed by the President serve at the pleasure of the President, and therefore, as you have requested, I am providing my resignation effective February 28, 2020.” Trump, in a tweet, said “I would like to thank John Rood for his service to our Country, and wish him well in his future endeavors!” 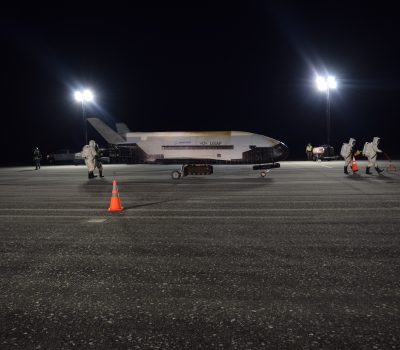 By John A. Tirpak
The Air Force's X-37B reusable unmanned spaceplane is among nine nominees for the 2019 Collier Trophy, one of the aerospace field's highest honors. The Collier Trophy has been awarded for 108 years, and honors “the greatest achievement in aeronautics and astronautics in America,” the association said in announcing the 2019 nominees.

A former operations officer and F-16 instructor pilot for the Air Force’s air demonstration team, the Thunderbirds, has been selected as the next commander of the 36th Wing at Andersen Air Force Base, Guam.

With just a week before the first scheduled launch in the Defense Advanced Research Projects Agency’s responsive launch competition, the agency is tweaking the rules to allow the sole remaining company to perform both launches from the same spaceport.

The Defense Department will soon adopt a detailed set of rules to govern how it develops and uses artificial intelligence, officials familiar with the matter told Defense One. A draft of the rules was released by the Defense Innovation Board, or DIB, in October as “Recommendations on the Ethical Use of Artificial Intelligence.” Sources indicated that the Department’s policy will follow the draft closely.

DARPA’s Blackjack program is slated to get $75 million in 2021 to demonstrate the viability of small satellite constellations in Low Earth Orbit for a variety of military missions, up $25 million from the $50 million allocated by Congress last year.

The Air Force is implementing a pathfinder program to give students another opportunity to pass the Security+ exam and follow their initial cybersecurity Air Force Specialty Code. The Security+ certification can be acquired through passing the Security+ exam and is necessary to validate that an individual possesses the necessary skills to perform in an information technology security-based career. The exam is known to be complex and difficult and many Airmen fail and lose their designated career field.

OPINION: The Government Must Be Honest When Funding the Air Force and Space Force

Air and space are critical domains for our national security, yet our nation has consistently failed to invest sufficiently in these requirements. As a result, today’s U.S. Air Force is older and smaller than at any time in its history, even as it begins to birth the new U.S. Space Force with massive funding needs of its own.

In coordination with the Federal Government of Somalia, U.S. Africa Command conducted a precision airstrike targeting al-Shabab terrorists in the vicinity of Wadajir, Somalia, Feb. 19.

Looking for the ultimate driveway ornament or something special for your local airport’s transient parking apron? Look no further than a decommissioned Lockheed F-117A Nighthawk stealth fighter.