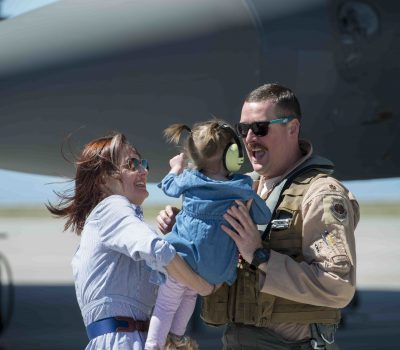 By Brian W. Everstine
The Air Force on Feb. 24 announced it will consider public education support for military children and a state’s policies for accepting professional licenses as part of future basing decisions. The new policy is aimed at making sure an area is ready to accommodate transferring military families before the service plans to base a new mission or aircraft at a location. This means that if a state wants to bring in an increased Air Force presence, it needs to strive to meet the established criteria. “The communities where service members live and work impact readiness, retention, and the satisfaction of families,” Air Force Secretary Barbara Barrett said in a release. 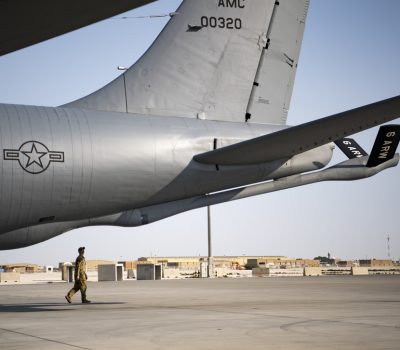 TRANSCOM Asks Congress to Buy Back Tankers Targeted for Cuts

By Brian W. Everstine
The Air Force’s push to retire aging tankers to fund future capabilities will significantly impact current operations and the ability to fly current wartime missions, the head of U.S. Transportation Command wrote to lawmakers. In the command’s Unfunded Priority List sent to Congress on Feb. 20, TRANSCOM boss Army Gen. Stephen Lyons said aerial refueling is the service’s top unfunded priority, requesting an additional $110 million to buy back 23 of the tankers targeted for cuts in the Air Force's 2021 budget request. 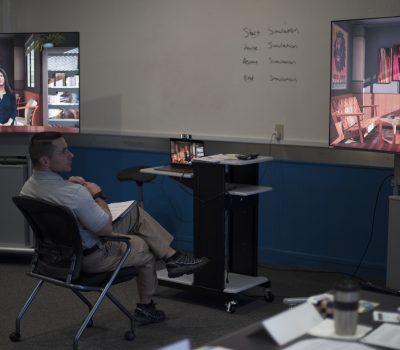 By Amy Hudson
The Defense Department has adopted a series of ethical principles intended to guide the development and use of artificial intelligence on and off the battlefield, including taking “deliberate steps to minimize unintended bias” and ensuring the ability to “deactivate” systems that aren’t behaving as expected. The Joint Artificial Intelligence Center will coordinate the implementation of these principles, which are based on the recommendations of the Defense Innovation Board, across the department, according to a Feb. 24 DOD release. 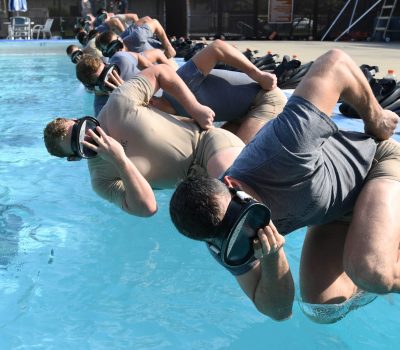 By Brian W. Everstine
The Air Force is overhauling how it selects and trains special operators, creating a single Air Force Specialty Code for prospective enlistees and streamlining the basic military training process beginning in April. The Special Warfare Operator Enlistment Vectoring program creates a single point of entry into special warfare recruiting and initial training. Under the new program, a possible combat controller, pararescuemen, tactical air control party airman, or special reconnaissance Airman will enter the Air Force in the 9T500 AFSC. "It represents a momentous change for the Air Force special warfare community," said Col. Joseph Lopez, the Air Education and Training Command headquarters special warfare division chief. "By removing constraints in the recruiting and accessions process, we are expanding the talent pool while streamlining entry into the service.”

Before Air Force Chief of Staff Gen. David Goldfein retires this summer, he will face an enormous challenge: Selling a fiscal year 2021 budget to Congress filled with the forced retirements of beloved aircraft like the B-1 and A-10 in order to make room for future priorities. Goldfein spoke to Defense News on Feb. 18, ahead of the Air Force Association’s annual air warfare symposium.

The Air Force will release a request for proposals Feb. 25 for a ‘flying car’ that could eventually transport soldiers and supplies to the battlefield, says service acquisition head Will Roper. “Now is the perfect time to make Jetson’s cars real,” with this program, Agility Prime. It “has come a long way,” Roper told reporters.

The Air Force Wants to Retire Aging Aircraft. It Will Have to Get Past Congress First

For some U.S. Air Force leaders, retiring the A-10 Warthog close-air support aircraft was a simple decision. But the seemingly logical proposal launched a years-long firestorm when lawmakers, led by former Air Force Col. Martha McSally, rushed to save the beloved plane from mothballs. Years later, the fleet is being refurbished with new wings instead of being sent to the boneyard. The dramatic A-10 turnaround illustrates how Air Force plans can fail to survive first contact with a Congress with other ideas. And, former officials and experts who spoke with Military.com said, that may be about to happen again.

Should The U.S. Have a Secretary For Influence Operations?

More than 50 personnel at McConnell Air Force Base in Kansas may have been exposed to dangerous levels of a compound linked to cancer that was found inside an aircraft hangar last year, according to internal memos.

The State of Kuwait’s donation will help build the Memorial at the National Mall in Washington D.C.

Cast your vote for your favorite entry in the Air Force Spark Tank 2020 competition now through Feb. 28. Finalists will pitch their innovative ideas to five Air Force senior leadership and industry experts at AFA’s Air Warfare Symposium in Orlando, Fla. The public will serve as the sixth judge, and the winner will have their project funded by the Air Force.