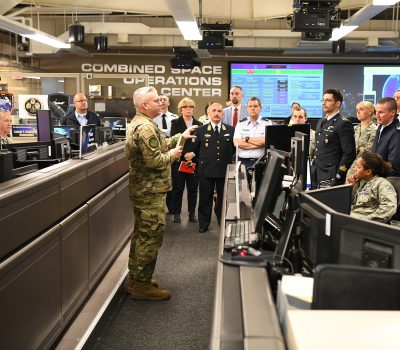 By Rachel S. Cohen
VANDENBERG AIR FORCE BASE, Calif.—Col. Scott Brodeur has big plans for the Combined Space Operations Center here as he enters his last few months as commander. The CSpOC is a secretive command-and-control organization that tracks objects in space and acts as a liaison between those who operate military space assets and those who need their services. But Brodeur wants to make the center’s work truer to its name so everyone can see the same information. The Space Force is pursuing a new ops floor for space domain awareness that would connect counterparts all over the world with a common picture of what’s happening on orbit. CSpOC personnel hope to be up and running in a new facility across campus at Vandenberg by the end of the year. 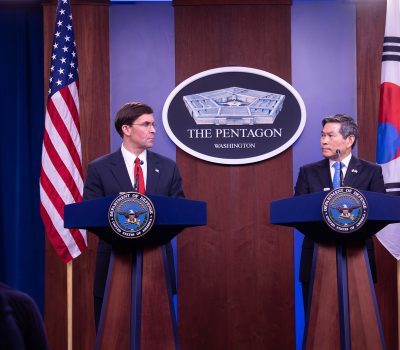 By Brian W. Everstine
U.S. Air Force bases near outbreaks of the novel coronavirus are restricting travel and urging airmen to proactively protect their health as the virus spreads. In Italy, the 31st Fighter Wing at Aviano Air Base has directed all airmen and soldiers to avoid travel to affected regions, and work with squadrons on a case-by-case basis on travel. Leadership at Osan Air Base in South Korea has cut back on the operations of certain base facilities. The virus is threatening future joint exercises between the US and South Korea, as both militaries look at scaling back future events depending on the spread of the virus, Defense Secretary Mark Esper said Feb. 24 in a joint press conference with South Korean Defense Minister Jeong Kyeong-doo. 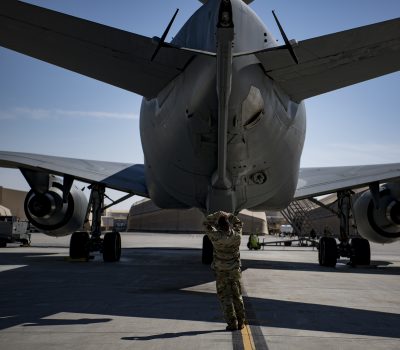 By Brian W. Everstine
The pressure on the aerial refueling community affects more than the iron on Air Force ramps. Total Force aircrews are part of the most stressed force element in U.S. Transportation Command, Army Gen. Stephen Lyons told the Senate Armed Services Community on Feb. 25. Lyons said TRANSCOM will not have enough booms in the air if the Air Force’s retires legacy tankers in fiscal 2021 as it plans, before the KC-46 is operationally capable. “This is true across all components—Reserve and the Guard—the high tempo of our Airmen that are running these missions,” Lyons said. 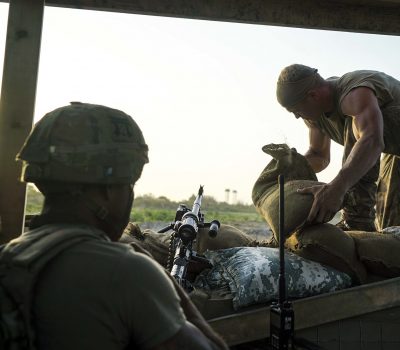 By Brian W. Everstine
A Feb. 22 precision airstrike in Somalia killed a senior Al-Shabab member who planned the Jan. 5 attack on a U.S. base in Kenya that killed three Americans and destroyed six aircraft. "This strike demonstrates that we will continue to relentlessly pursue those responsible for Manda Bay and those wishing to do harm to Americans and our African partners,” U.S. Africa Command boss Gen. Stephen Townsend said in a statement. 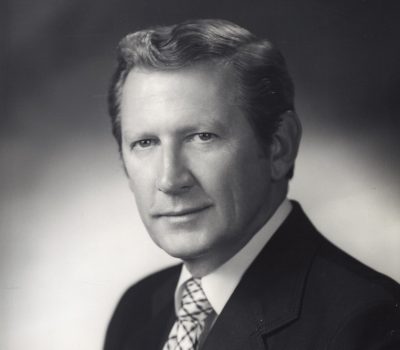 Retired Maj. Gen. George M. Douglas, a former Air Force Association National President and Chairman of the Board, died Feb. 18 in Broomfield, Colo. He was 95. Douglas enlisted in the Army in 1943 and received his commission after World War II. He transferred to the U.S. Air Force Reserve in 1958 and served in Air Defense Command and North American Aerospace Defense Command until 1976. He later worked as the mobilization assistant to the Deputy Chief of Staff for Personnel at Headquarters USAF.

Man Accused of Trying to Blow up Vehicle at Pentagon

An Arkansas man is in police custody Feb. 25 after allegedly attempting to blow up a vehicle at the Pentagon. According to the Justice Department, 19-year-old Fayetteville native Matthew Dmitri Richardson was approached by a patrolling Pentagon police officer after the officer watched Richardson light a piece of fabric on fire and then put it inside a vehicle's gas tank.

In its quest to modernize the U.S. Air Force’s stockpile of intercontinental ballistic missiles, Northrop Grumman has partnered with Bechtel and Kratos Defense and Security Solutions, the company announced Feb. 25. The two companies are the latest addition to Northrop Grumman’s nationwide team devoted to replace the Minuteman III with next-generation missiles, as the company announced in September its collaboration with hundreds of companies across the defense, construction, and engineering industries.

The Air Force Personnel Center said in a release Feb. 24 that 1,184 master sergeants, out of 15,544 eligible Airmen, have been selected for promotion to E-8. That means the E-8 selection rate for 2020 is 7.62 percent—the lowest rate since the worst days of the drawdown in 2014, and significantly lower than the last four years of senior master sergeant promotions.

Air Combat Command hosted industry partners from companies including Google, Microsoft, Unisys, Cisco, and Palo Alto Jan. 23-24 at the MITRE Corp facility in Hampton, Va., for the ACC Zero-Trust Summit, to discuss a potential zero trust architecture for the U.S. Air Force. ACC’s Directorate of Cyberspace and Information Dominance (A6) is taking initiative to field a new network approach to ensure that the service’s network becomes stronger in the current information operations environment.

Emails obtained through the Freedom of Information Act show that security forces and officials at F.E. Warren Air Force Base were just as perplexed with the drones as the public.