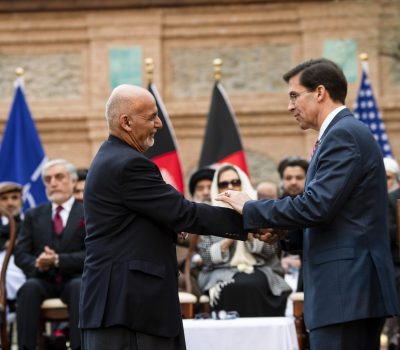 By Jennifer Hlad
All foreign troops could be out of Afghanistan in 14 months, under an agreement signed in Doha, Qatar, on Feb. 29, which Defense Secretary Mark Esper called “the best chance Afghanistan has had in 19 years to achieve peace.” The agreement between the Taliban and the U.S. “paves the way for intra-Afghan negotiations to proceed so that a permanent and comprehensive ceasefire may be achieved,” Esper said during a ceremony in Kabul. The U.S. plans to reduce the force level there from 12,000 to 8,600 within 135 days, and eventually remove all American troops from the country—provided the Taliban holds up its end of the agreement, he said. 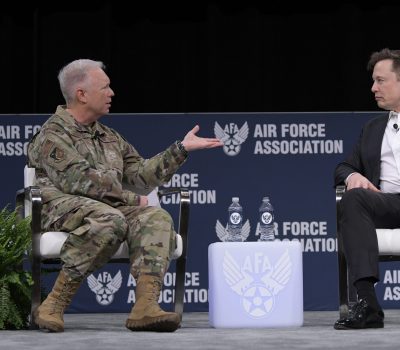 By Rachel S. Cohen
Step aside, fighter jets: Autonomous drones and manned spaceflight are the future of military aerospace, SpaceX founder Elon Musk said at AFA’s Air Warfare Symposium in Orlando, Fla., Feb. 28. Musk, the serial entrepreneur and billionaire whose rockets take Pentagon sensors and satellites to space, believes drone warfare will define future combat while traditional manned fighter jets will fade in importance. Artificial intelligence, he added, has the potential to be the most transformative technology of the near future. “The fighter jet era has passed,” he said. At the same time as a human in the cockpit may become less relevant on Earth, the business magnate argues that technological advancements in space will enable a greater role for humans beyond our atmosphere. 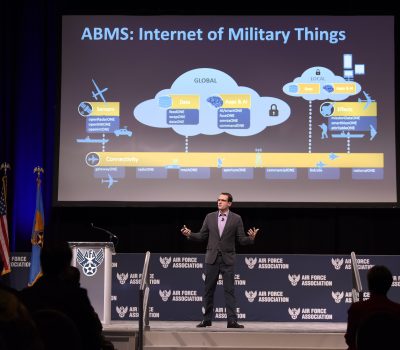 By Amy Hudson
With the success of the first Advanced Battle Management System experiment, more commanders are starting to take notice and hoping to get in on the action. Pacific Air Forces boss Gen. Charles Q. Brown told reporters he’s been in regular conversations with ABMS Chief Architect Preston Dunlap to bring the third experiment to the Indo-Pacific in August. It’s still unclear if the exercise would piggyback on an existing PACAF exercise, or if it would stand alone, but Brown said he wants to make sure it includes not only U.S. assets, but also capabilities of joint partners. 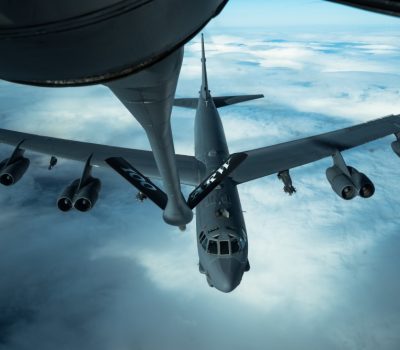 By Brian W. Everstine
Private aerial refueling may help ease the intense demand for tankers, as service leaders and U.S. Transportation Command debate the plan to retire legacy refuelers. The Air Force’s fiscal 2021 budget request calls for retiring 16 KC-10s and 13 KC-135s. Top USAF and TRANSCOM officials are working together to balance the risk and trying to come up with creative ways to reduce demand on the tanker fleet. 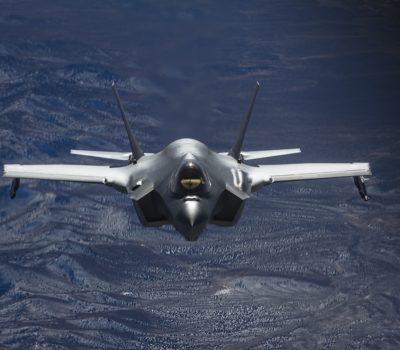 By John A. Tirpak
It’s still not known how many F-35 fighters were assembled with mixed-up Inconel and titanium fasteners, but Lockheed Martin’s analysis shows no safety of flight risk that would require dedicated fleetwide inspections. Company Vice President and Program Manager Greg Ulmer told reporters on Feb. 27 that once the problem was detected, the rest of the aircraft in the factory at that time were checked for improper fasteners in the wrong positions. Inspectors didn’t find very many aircraft “that had a high percentage of mis-installation,” he said. 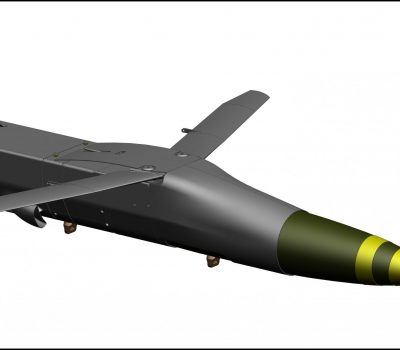 By Tobias Naegele
Boeing is developing a long-range version of its Joint Direct Attack Munition called the Power JDAM, adding an engine to extend its range by 20 times over the conventional glide version of the weapon, company officials said. 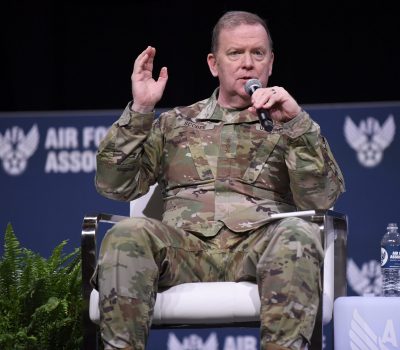 By Jennifer-Leigh Oprihory
CMSgt. Timothy White Jr., senior enlisted advisor to Air Force Reserve chief Lt. Gen. Richard Scobee, is leading a push to place full-time First Sergeants in each of the Reserve’s wings and extend chaplain services across the command in an effort to boost resilience. Air Force Reserve resilience is off to a better start this year, but the component has already seen two suicides in 2020, Scobee told Air Force Magazine on Feb. 27. “The state of resiliency is not where I want it to be,” he said in an interview on the sidelines of the Air Force Association’s 2020 Air Warfare Symposium, adding that he won’t be satisfied until the number of suicides reaches zero.

Dozens of Turkish Soldiers Killed in Strike in Idlib in Syria

The Guardian via MSN.com

Dozens of Turkish soldiers have been killed in an airstrike in Syria’s Idlib province, in a dramatic escalation in the battle for control of the country’s last opposition stronghold.

The biggest explosion seen in the universe has been found. This record-breaking, gargantuan eruption came from a black hole in a distant galaxy cluster hundreds of millions of light years away.

The Navy said Feb. 27 that a Chinese warship fired a military grade laser at a U.S. surveillance aircraft flying over the Pacific Ocean last week, calling the action “unsafe and unprofessional.”

More than 60 newly minted officers scheduled to graduate from the U.S. Air Force Academy in May will join the U.S. Space Force. These graduates will be the first U.S. military officers to be directly commissioned into the Space Force, said Lt. Gen. David “DT” Thompson, vice commander of the Space Force.

Russia's Academy of Sciences will complain to the United Nations about the light reflected from the Starlink satellite system, saying it interferes with the work of astronomers, it has been reported.

Barksdale Air Force Base in Louisiana hosted a meeting of two legends earlier this month. Retired NBA Hall of Famer and 14-time All-Star Karl Malone visited the base and got fly in the cockpit of one of the 2nd Bomb Wing's venerable B-52H bombers, even taking the controls for a period.