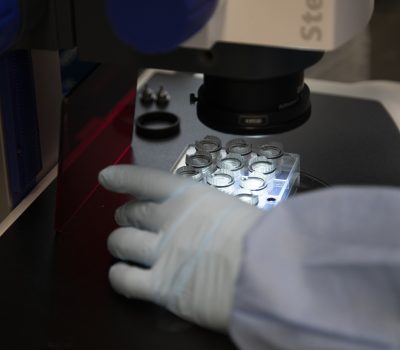 By Brian W. Everstine and Rachel S. Cohen
The Defense Department is limiting travel and curbing exercises as more service members and civilians are confirmed to have the new coronavirus, though officials maintain the impact of the outbreak is limited. As of March 10, three Active Duty service members have been confirmed to have the virus—one in South Korea, one in Europe, and one in the U.S. Additionally, one civilian, four dependents, and one contractor are confirmed to have the virus, Joint Staff Surgeon USAF Brig. Gen. Paul Friedrichs told reporters.The department is still learning about the virus and the impacts of the outbreak, and Pentagon officials expect the numbers to continue to increase. 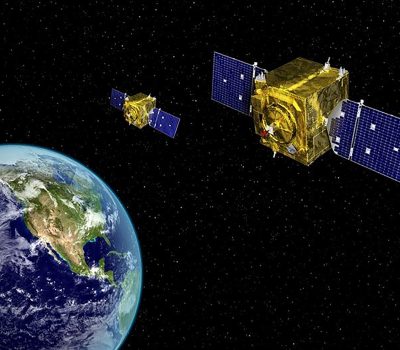 By Rachel S. Cohen
Space Force officials say it’s taking longer than expected to finalize a list of suggested language that lawmakers could add to the fiscal 2021 defense policy bill, indicating that certain proposals for the new service are sure to cause heated disagreement across the federal government. If the document isn’t sent over by the end of March, Lt. Gen. David Thompson, the service’s vice commander, said, “we’re going to continue to get beat up by Congress.” The Department of the Air Force, which encompasses the Space Force, has submitted technical and conforming amendments for lawmakers to consider. Those amendments serve to clean up laws already on the books to ensure they apply to the Space Force. 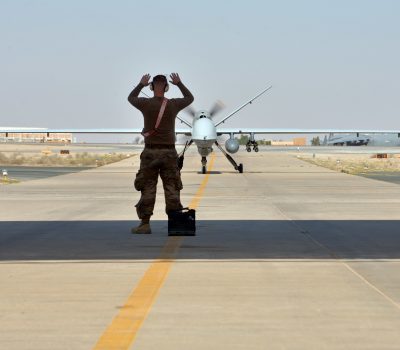 By Brian W. Everstine and Rachel S. Cohen
The Air Force’s plan to cut MQ-9 Reaper production and some air patrols in the fiscal 2021 budget request would negatively impact the ability to conduct operations and provide enough over watch in hotspots in the Middle East and Africa, the top officials responsible for those regions said March 10. The service wants to end the production of the Reapers, which have been in increasingly high demand across the world, saying it needs to focus on assets and systems that can survive in a high-end fight. Air Force acquisition boss Will Roper told House legislators on March 10 that figuring out what will succeed the MQ-9 Reaper, which is slated to remain in service through about 2030, will be among the most important decisions of the fiscal 2022 budget. 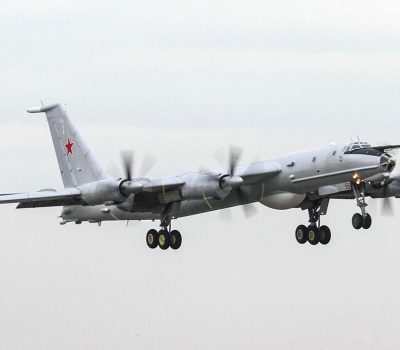 By Amy Hudson
U.S. Air Force F-22s and Canadian CF-18s intercepted two Russian Tu-142 maritime reconnaissance aircraft north of Alaska on March 9, North American Aerospace Defense Command announced. The fighters, which were supported by an E-3 Sentry AWACS and a KC-135 Stratotanker, escorted the Russian aircraft for four hours as they flew in the Alaskan Air Defense Identification Zone. “NORAD continues to operate in the Arctic across multiple domains,” said Gen. Terrence O’Shaughnessy, commander of NORAD and U.S. Northern Command, in a release. “As we continue to conduct exercises and operations in the north, we are driven by a single unyielding priority: defending the homeland.” 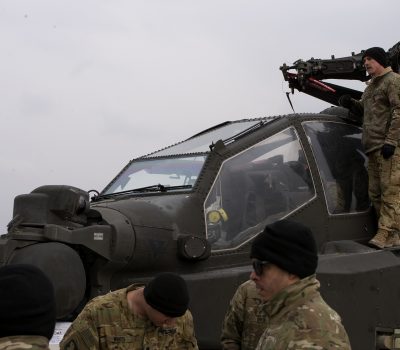 By Brian W. Everstine
The Taliban has continued attacks on Afghan forces in the wake of the negotiated agreement with the U.S., steps that are “not consistent” with a future settlement for peace, the head of American forces in the Middle East said March 10. For the peace deal to work, the Taliban needs to demonstrate its commitment to the process by reducing violence, and the U.S. will continue its initial drawdown while watching the conditions on the ground, U.S. Central Command boss Gen. Kenneth McKenzie told the House Armed Services Committee. “We don’t need to trust them, we don’t need to like them,” McKenzie said of the Taliban. “We need to observe what they do and we have the capability to do that.” 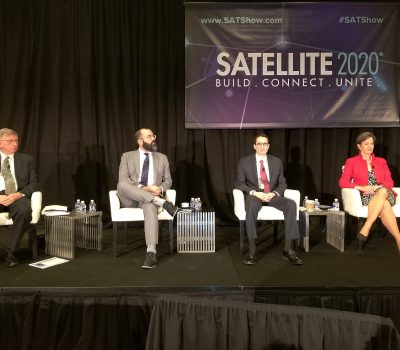 By Shaun Waterman
The Defense Department is seeking innovative ways to connect U.S. military units all over the world, provide high bandwidth services via laser, and communicate with submarines deep underwater. A recently issued contract solicitation launched a four-phase prototyping effort that will lead to a brand new command, control, and communications architecture, said Doug Schroeder, oversight executive of DOD's Joint Capability Technology Demonstration at the Satellite 2020 conference in Washington. 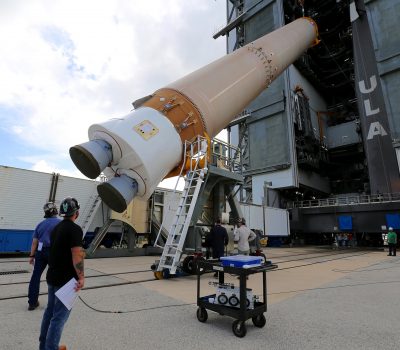 By Rachel S. Cohen
United Launch Alliance announced March 10 its Atlas V rocket launch that will carry the Air Force’s sixth Advanced Extremely High Frequency satellite into space is delayed by at least two days because of an unusual valve reading. “Additional time is needed for the team to replace and retest the valve,” a ULA spokeswoman said. “Launch is now scheduled for no earlier than March 21.” AEHF, built by Lockheed Martin, is replacing the Milstar constellation to provide more secure, signal jamming-resistant satellite communications for “high priority military ground, sea, and air assets,” according to the Space Force.

Under Secretary of the Air Force Matthew Donovan, President Donald Trump’s nominee for the Pentagon’s top personnel job, pledged March 10 that no military families will be left without reliable medical care as part of the consolidation of dozens of Defense Department hospitals in coming years.

A Contractor Who Tested Positive for the Coronavirus Lied About His Health to Access a U.S. Military Base

A contractor who tested positive for the coronavirus lied about his health and continued working construction at Camp Walker, a U.S. military base in South Korea, while sick.

The two service members killed during a mission to eliminate an Islamic State group stronghold in a mountainous region of north-central Iraq have been identified as members of Marine Corps Forces Special Operations Command. Gunnery Sgt. Diego Pongo, 34, of Simi Valley, Calif., and Capt. Moises Navas, 34, of Germantown, Md., died March 8 while on a mission with Iraqi forces in the Makhmur Mountains, south of Erbil.

Edwards AFB Upgrades Point to Unexpected Home for B-21 Raider, Other Secretive Programs

Historic Edwards Air Force Base, Calif., the center of the flight test world, has been going through a series of changes in preparation to receive the B-21 Raider stealth bomber. Now, satellite imagery shows that the area of the base where the B-21 test program was thought to be headed may not actually be its destination. As a result, it would seem that more than just one secretive large aircraft program may kickoff at the base in the not so distant future, or may even be underway there already.

The Army is planning a demonstration at Yuma Proving Ground, Ariz., in September to test sensor-to-shooter technology using artificial intelligence, according to Vice Chief of Staff Gen. Joe Martin. Martin told reporters about the upcoming event after a demonstration March 6 of the service’s new Extended Range Cannon Artillery prototype system.

The U.S. military needs to beef up its unmanned aerial systems arsenal to be able to fight two wars simultaneously against advanced adversaries China and Russia, analysts say. The National Defense Strategy identifies those two nations as great power competitors and the top threats to U.S. national security. Nevertheless, the document established what is essentially a one-war force sizing construct, experts cautioned in a recent Center for Strategic and Budgetary Assessments report.

US Military Scientists Hope to Have Coronavirus Therapeutic by Summer

A new approach would use RNA or DNA to help the body develop antibodies to the rapidly spreading illness.