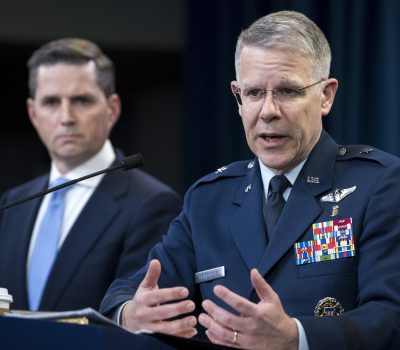 By Brian W. Everstine
The numbers of military personnel and dependents who have tested positive for COVID-19, the disease caused by the new coronavirus, continues to climb as the Defense Department plans its next steps to bolster the national response while protecting its own ranks. As of early March 16, there are 37 reported positive cases of COVID-19, including 18 military members, 13 dependents, three civilian employees, and three contractors. As of March 15, the military had conducted 495 tests for the virus globally. 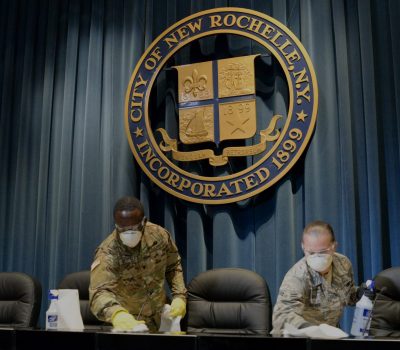 By Jennifer-Leigh Oprihory
A total of 670 National Guard members from 15 states have been activated as of the morning of March 16 in support of their states' responses to the COVID-19 pandemic, according to the National Guard Bureau. Guard readiness is “critical to the success of” the U.S.' efforts to combat the virus, said National Guard Bureau Chief Air Force Gen. Joseph Lengyel. 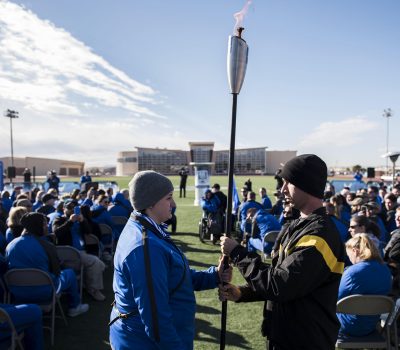 By Jennifer-Leigh Oprihory
The Air Force Wounded Warrior Trials, which were originally slated to be held March 20-28 at various locations in the Las Vegas, Nev., area, have been postponed due to the COVID-19 pandemic, according to a March 13 Air Force release. The trials, held by the Air Force Wounded Warrior Program, were supposed to determine which Airmen would represent the service at both this year’s Defense Department Warrior Games and Invictus Games. It’s still unclear whether the COVID-19 virus will impact either event. 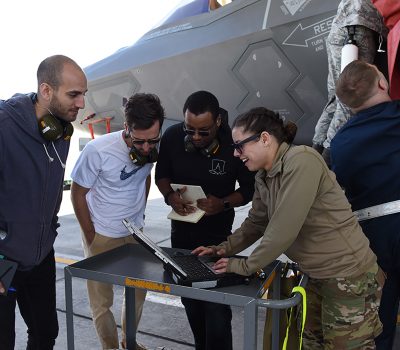 By Rachel S. Cohen
The F-35’s troubled Autonomic Logistics Information System has somewhat improved over the past five years, but still causes significant challenges for the Joint Strike Fighter enterprise every day, according to a new Government Accountability Office report published March 16. The F-35 program office hopes that designing totally new hardware and software will solve the premiere fighter program’s woes. It is slated to send a plan to the Pentagon’s top acquisition official by the end of March for developing the system that will replace the faulty logistics system. A new Operational Data Integrated Network (ODIN) will start to replace ALIS by the end of the year under that plan. Officials hope ditching the problem-ridden software for a totally new set of tools will be smaller, faster, less expensive, and compatible with older data. 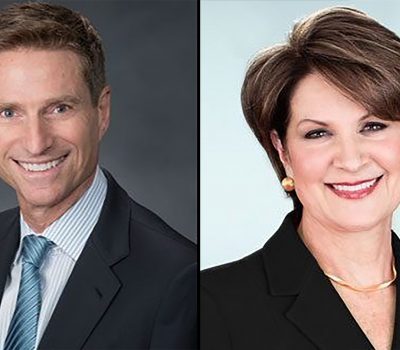 By John A. Tirpak
Marillyn Hewson is stepping aside as head of Lockheed Martin, to be succeeded by board member James Taiclet, while Frank St. John steps up to be Chief Operating Officer. Taiclet is a graduate of the U.S. Air Force Academy with degrees in engineering and international relations, and he served on Active duty as a pilot. He received a master’s from Princeton University in public affairs and was a fellow at the Woodrow Wilson School there. 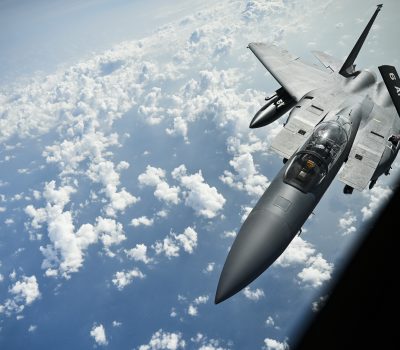 By Brian W. Everstine
U.S. airstrikes in Afghanistan continued at a steady rate in February, despite progress toward a peace deal with the Taliban, as counter-terror operations targeted the Islamic State group’s Khorasan offshoot and al-Qaeda. In February, U.S. manned and unmanned aircraft dropped 360 weapons—the lowest monthly total since the same month of 2019, but the second highest February on record since 2009. 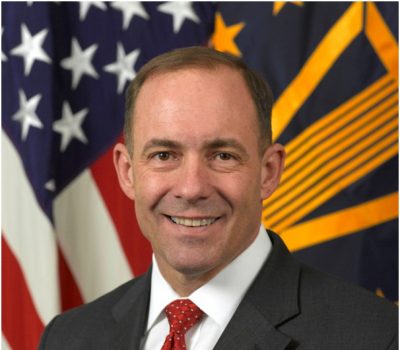 By Jennifer-Leigh Oprihory
William Lietzau will take charge of the the Defense Counterintelligence and Security Agency, the agency now responsible for background investigations for 95 percent of the federal government, the Pentagon announced March 16. The agency is responsible for security clearances and background vetting of 95 percent of the federal workforce, including more than 100 federal agencies and more than 10,000 companies that require government security clearances. Lietzau succeeds Charles Phalen Jr., who had served as acting director since last July. Under his tenure, the agency absorbed the National Background Investigations Bureau from the Office of Personnel Management. The transfer was one result of the massive data breach at OPM in 2015, which exposed the personal data of more than 4.2 million people. 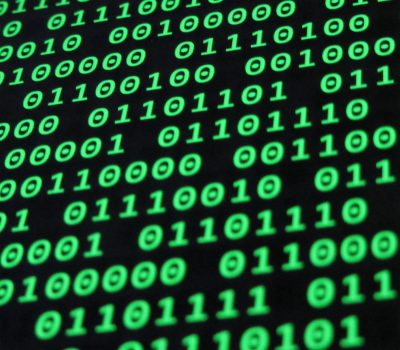 By Shaun Waterman
The Air Force’s current procedure for certifying new IT equipment or software is infamous. To get Authority to Operate (ATO) requires voluminous documentation and can take weeks or months. To get new capabilities to the warfighter faster, Air Force leaders last year authorized a new fast track ATO process. Instead of completing a compliance checklist, new systems are penetration tested to see if they are secure. Now, under a new umbrella contract, program managers can order up hackers-for-hire to do their penetration testing.

"The time is growing short and fewer options are available," writes New York Gov. Andrew Cuomo. "Using federal troops to help create hospital beds is one we should try."

As the War on Terror Winds Down, The Pentagon Cuts Social Science

The fragile peace deal taking shape in Afghanistan could spell the end of an era of for the U.S. military, one marked by efforts at nation-building and winning hearts and minds. It appears that the Pentagon is also intent on ending a research program from that era—to fund social science for the military.

As the Defense Department scrambles to find equipment for those who can work from home, Pentagon leaders tell personnel: ‘No hand-shaking, no high-fives,” and clean your workstations.

US Navy and Special Operations Telegraph Message to Tehran

What do you get when you combine a Special Operations AC-130W Stinger II gunship with the Navy’s P-8A Poseidon recon plane and a patrol coastal ship? A big boom and a spray of debris. A joint exercise launched March 8 and 9 in the Persian Gulf involving the Cyclone-class Monsoon and the two aircraft was designed to see how well a surface patrol ship and a long-range spy plane could select targets in the Persian Gulf for a Special Operations Command Central gunship to blast to bits.

Space Force May Be Too Small: RAND

The Space Force should be expanded to include most Defense Department space operational and acquisition organizations, including those of the Army and Navy, says a study released today by the RAND Corporation’s Project Air Force.

The Military Surveyed Troops on Extremist Activity Decades Ago. Here's What it Found

U.S. troops will soon see a new question on routine workplace surveys: one asking whether respondents have ever "experienced or witnessed extremist activity in the workplace [or] reported such activity."

The clip shows all the work being done by the Raptor's huge control surfaces and thrust vectoring nozzles to make the maneuvers happen.