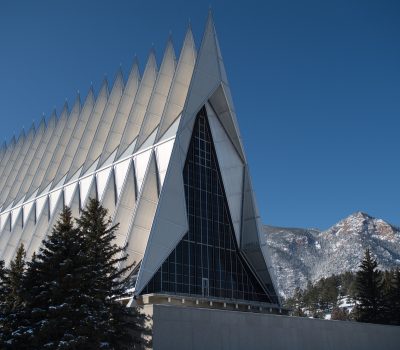 By Amy Hudson
Two cadets have been found dead within three days at the U.S. Air Force Academy. Air Force officials say both were cadets first-class, and their deaths were not related to the ongoing COVID-19 pandemic. The first cadet was found dead on campus on March 26 and the second on March 28. An investigation is underway, but officials say foul play is not suspected. “These tragedies have caused incredible shock and pain throughout our USAFA family,” said Lt. Gen. Jay Silveria, Air Force Academy Superintendent, in a March 30 statement. “Right now, we are all focused on taking care of the cadets’ families and each other—our cadets, our faculty, our staff—as we grieve this loss. We ask for everyone’s patience and respect for the families’ privacy at this time.” 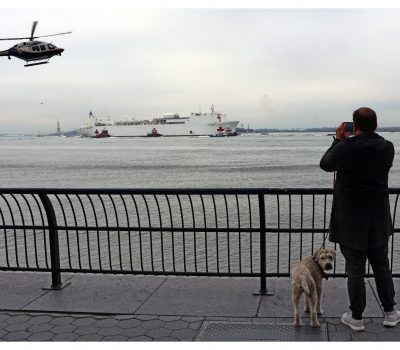 By Brian W. Everstine
An Army National Guardsman died on March 28—seven days after being hospitalized with COVID-19—becoming the first U.S. service member to die from the disease. "This is a stinging loss for our military community, and our condolences go out to his family, friends, civilian co-workers, and the entire National Guard community," Defense Secretary Mark Esper said in March 30 statement. "The news of this loss strengthens our resolve to work ever more closely with our interagency partners to stop the spread of COVID-19." As of March 30, there are 1,087 total COVID-19 cases in the military community, with 569 of them Active-duty service members. Inside the Air Force, 164 Active Airmen have tested positive. 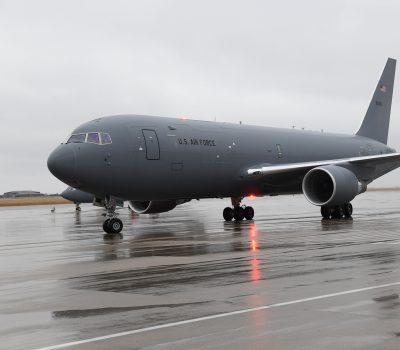 By Brian W. Everstine
The Air Force’s troubled new tanker has another serious deficiency: a fuel leak problem that Boeing must fix at its own cost. The service’s KC-46 program office first discovered a fuel leak during a flight test in July 2019, and the Air Force announced March 30 the problem has been upgraded to a “Category One” deficiency, meaning it could cause severe damage. “The Air Force and Boeing are working together to determine the root cause and implement corrective actions,” the service said in a statement. 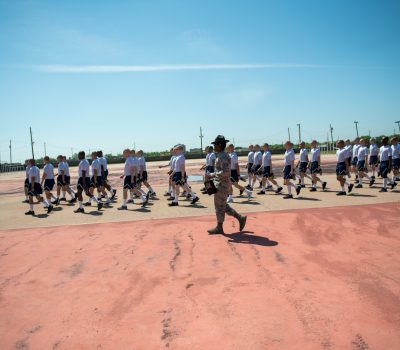 By Jennifer-Leigh Oprihory
The Air Force will send 60 Basic Military Training recruits to Keesler Air Force Base, Miss., “no earlier than” April 7 to try and prove that locations other than Joint Base San Antonio-Lackland, Texas, can also host BMT during contingencies such as the COVID-19 pandemic, 2nd Air Force Commander Maj. Gen. Andrea Tullos told reporters March 30. The contingency option is just that and is not intended to be a long-term construct, Tullos said. It is designed to be implemented on a surge timeline of 180 days, but can be sustained for longer if necessary. 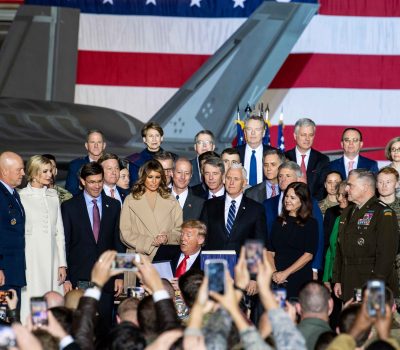 By Rachel S. Cohen
Foreign countries are boosting their investments in “gray zone” weapons that can confuse and disable satellites, are harder to attribute to a specific attacker, and fall below the level of overt war, posing regulatory challenges, according to a new report from the Center for Strategic and International Studies. The Washington think tank’s third-annual assessment of space threats argues that space is growing more diverse and more disruptive as governments pursue new capabilities and commercial companies increasingly enter the fray. Space is becoming more dangerous as well, amid a lack of widely accepted norms for behavior on orbit and gaps in current laws and treaties. The CSIS report warns against centering too much on the bureaucratic aspects of reorganizing military space forces and ultimately getting distracted from the burgeoning capabilities of other nations. 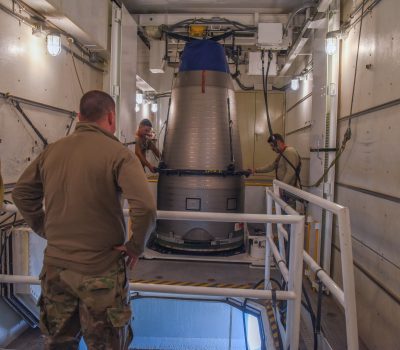 By Rachel S. Cohen
The Air Force expects to lose confidence in the full viability of its 400 intercontinental ballistic missiles starting in 2026, three years before replacement nuclear missiles start entering the ground, according to a new Government Accountability Office report.“ According to Air Force officials, as a result of the expected attrition of current field assets, the Minuteman III weapon system will be unable to meet full mission requirements after 2026, should full deployment be required,” the March 26 report said. “Continued asset attrition is also affecting the Minuteman III retirement schedule.” 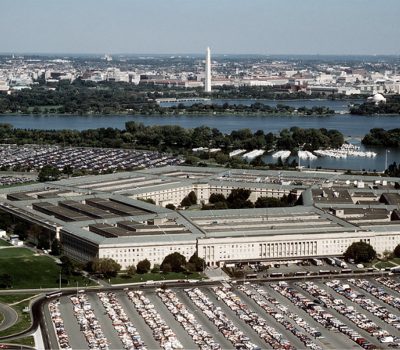 By Brian W. Everstine
New documents released March 30 show the Defense Department asking Congress for authority to stop producing an unclassified version of its Future Years Defense Program—its five-year plan for future spending that is released alongside its budget. Required since 1989, the FYDP shows the Pentagon’s near-future priorities and spending plans in the “out-years,” which drive its decision making. According to a March 6 proposal, first published by the Federation of American Scientists, the Pentagon argues the document should remain classified starting with the fiscal 2021 defense authorization bill. 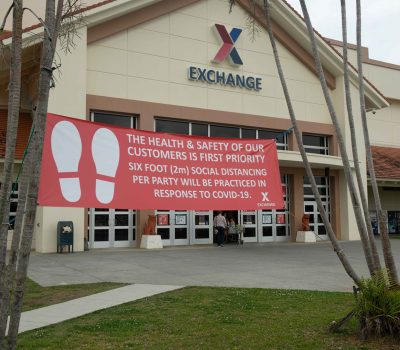 By Jennifer Hlad
Kadena Air Base’s 18th Wing is in the midst of a two-day COVID-19 tactical pause, after two Airmen with separate units became the first and second Active-duty U.S. troops on Okinawa, Japan, to test positive for the new coronavirus. Brig. Gen. Joel Carey, commander of the 18th Wing, in a video posted to the base Facebook page March 28, said both Airmen had recently traveled to Europe and were in restriction of movement status when they developed symptoms. The Airmen’s close contacts also are now in restriction of movement, he said. Carey announced the tactical pause on March 29.

PRESIDENT'S PERSPECTIVE: We Are a Nation at War

"We are a nation at war, and our U.S. Air Force and U.S. Space Force remain in the fight every day, at every hour, to fight through the attack," writes retired Air Force Lt. Gen. Bruce “Orville” Wright, president of the Air Force Association. "The enemy is stealthy, fast, mobile, ubiquitous, and smart. All viruses are."

US-Led Forces Pull Out of Third Iraqi Base This Month

The U.S.-led coalition in Iraq withdrew March 29 from a military base in the country’s north that nearly launched Washington into an open war with neighboring Iran. The K1 Air Base is the third site coalition forces have left this month, in line with U.S. plans to consolidate its troops in two locations in Iraq.

The Veterans Affairs Department is beginning to divide its inpatient units into two zones to separate non-infectious patients from those with novel coronavirus, officials said. And when the need arises, as the new phased plan predicts it will, officials plan to discharge non-critical patients and even build new facilities.

The Air Force Life Cycle Management Center delivered the latest C-37B special air mission aircraft to the 89th Airlift Wing at Joint Base Andrews, Md., March 25. The program, managed by the Presidential and Executive Airlift Division, delivered the aircraft one week ahead of schedule.

To prevent the spread of the virus, the 333rd Training Squadron has implemented new online classes to safely teach the students of cyber warfare operations.

The $1.5 billion Space Fence—located on Kwajalein Island in the Republic of the Marshall Islands—is a ground-based radar system that tracks satellites and space debris primarily in low Earth orbit. Lockheed Martin was selected as the prime contractor in 2014.

An upgraded ground control system for the Global Positioning System constellation developed by Lockheed Martin has passed tests and is now being used to operate the satellites, the U.S. Space Force’s Space and Missile Systems Center announced March 27.

Of a world in coronavirus turmoil, they may know little or nothing. Submariners stealthily cruising the ocean deeps, purposefully shielded from worldly worries to encourage undivided focus on their top-secret missions of nuclear deterrence, may be among the last pockets of people anywhere who are still blissfully unaware of how the pandemic is turning life upside down.