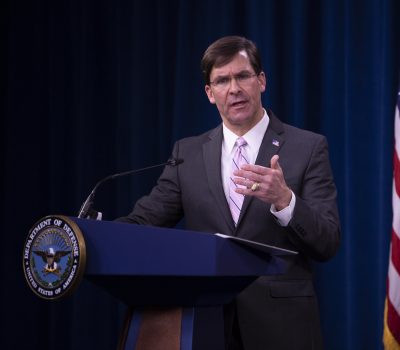 By Brian W. Everstine
The Pentagon will extend its stop movement order, currently set to expire May 11, and limit the exemption process to further address the spread of the new coronavirus, Defense Secretary Mark Esper said. Esper, who first ordered military personnel across to globe to limit movement in mid-March, confirmed April 14 that an extension is coming though the details are still being finalized. The order will likely last into the summer, with a review process every 15 days to allow for a curtailment or further extension. “The key thing is to protect our people and make sure we’re ready to act,” Esper said. 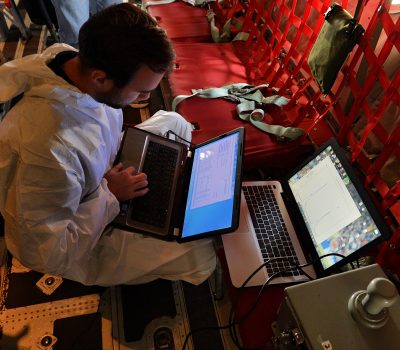 By Brian W. Everstine
Air Force researchers and mobility crews recently evaluated six airframes over the course of two weeks in an effort to better understand the airflow of mobility aircraft in case there is a need to airlift a large number of COVID-19 positive passengers. Researchers placed systems around participating aircraft—a KC-135, KC-10, C-17, C-130J, and C-15—that released an aerosol simulant that is roughly the size of the new coronavirus. The miscroscopic particles in each release carried an identification tag, such a phosphorescent dye, to give it a signature. Experts would collect samples from different parts of the plane following ground tests or short flights to understand how air circulation might move a virus throughout the cabin. 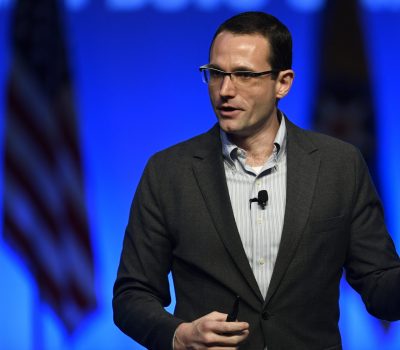 USAF to Launch Search for Flying Cars This Month

By Rachel S. Cohen
The Air Force will kick off its effort to encourage the development of flying cars with a virtual launch event featuring product presentations and government briefings from April 27 to May 1. Known as “Agility Prime,” the initiative aims to support private companies that are pursuing the next great creation in air transportation. The Air Force is offering funds and testing resources to vendors with designs for “advanced air mobility vehicles” that can be used for missions from medical evacuation to installation security to disaster relief. The service hopes to mature that market to the point that flying cars become cheap and accessible enough for the broader public, not just for military use. “Now is the perfect time to make ‘Jetsons’ cars real,” Air Force acquisition boss Will Roper said in an April 13 release. 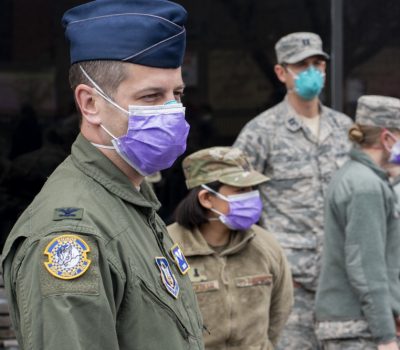 By Brian W. Everstine
USAF medical personnel are working long days in New York City hospitals, augmenting civilian staff who are overwhelmed by the new coronavirus outbreak in the American epicenter of COVID-19. As the scale of the outbreak grew, medical personnel from the Air Force and other services volunteered to fly to New York City to serve. Reservists activated within hours to leave civilian lives and come to hospitals in need of assistance. Col. Jennifer Ratcliff, the commander of the 927th Aerospace Medical Squadron at MacDill Air Force Base, Fla., is one of those volunteers and is now working as a doctor in hospitals in the city. “Within 36 hours, we were in New York City,” Ratcliff said. “That says a lot for the Air Force personnel that are willing to come here and take care of fellow American citizens.” 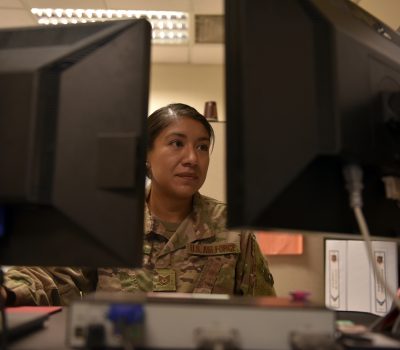 By Rachel S. Cohen
The Pentagon has taken some positive steps to keep out cyberattacks, but it’s unclear how consistently those measures are enforced across the vast department, according to a new Government Accountability Office report. “As DOD has become increasingly reliant on IT systems and networks to conduct military operations and perform critical functions, risks to these systems and networks have also increased, because IT systems are often riddled with cybersecurity vulnerabilities—both known and unknown,” the April 13 report said. Pentagon officials argue some of the recommendations are outdated based on more recent priorities.

The Pentagon on April 13 announced a $415 million contract for 60 machines that will stretch the use of dwindling N95 masks, allowing the scarce personal protective equipment to be disinfected and reused up to 20 times.

While the novel coronavirus outbreak is "not helping" the U.S. Air Force's troubling, years-long pilot shortage, the head of the service's training command is hopeful some may have a change of heart and return during this difficult time.

North Korea Fires Barrage of Missiles from Ground and Air

A barrage of North Korean missiles fired from both the ground and fighter jets splashed down on the waters off the country’s east coast on April 14, South Korea’s military said, a show of force on the eve of a key state anniversary in the North and parliamentary elections in the rival South.

The State Department has approved a potential $675 million Foreign Military Sale of follow-on support and services for the Republic of Korea Air Force’s growing fleet of conventional take-off and landing F-35A Lightning II Joint Strike Fighter aircraft, as well as related engines, weapons, and other equipment.

The Defense Department is creating a new advisory group to provide impartial advice and insights on space technology, innovation, and strategy, according to an April 4 memo from Deputy Defense Secretary David Norquist. According to the memo, a Space Advisory Committee will be created under the Defense Innovation Board, a panel of business leaders, scholars, entrepreneurs, and technologists led by Eric Schmidt, former executive chairman of Alphabet.

The Navy plans to test its developmental hypersonic missile from a submarine by the mid-2020s, and is pushing the burgeoning program through a series of static tests this year to demonstrate technologies as it gears up to equipping its Virginia-class submarines with the weapon.

The Defense Department Office of Inspector General on April 13 announced it would begin auditing the Navy's airborne support for the "survivable nuclear command and control system" as well as the service's maritime patrol aircraft fleet.

In the IRR? The Military May Want You Back If You Served in One of These Jobs

At least one of the military services says it's looking for members of the Individual Ready Reserve to come back into the fold—and the call goes beyond just those who served in medical specialties.

U.S. Air Force Conducts an “Elephant Walk” Show of Force in Guam as China Increases Presence in the Pacific

While the most spectacular “Elephant Walks” often feature dozens upon dozens of aircraft, the giant bombers stationed at Guam’s Andersen Air Force Base was a lesson in how less can sometimes be more.