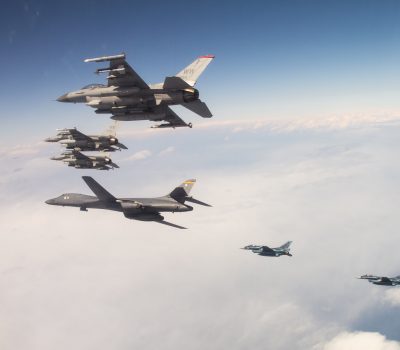 AFGSC’s New Plan to Deploy Bombers Across the Globe

By Brian W. Everstine
Air Force Global Strike Command will regularly rotate a small number of bombers to the Pacific and Middle East theaters to maintain a regular deterrence presence and to conduct combat operations as needed, but it will no longer operate out of bases such as al-Udeid Air Base, Qatar, or Andersen Air Force Base, Guam, for extended periods. The move keeps USAF strategically relevant and operationally unpredictable, AFGSC boss Gen. Timothy Ray said during an AFA Mitchell Institute for Aerospace Studies virtual event April 29. “We can come and go anytime they need us, we don’t need to be there physically,” Ray said. 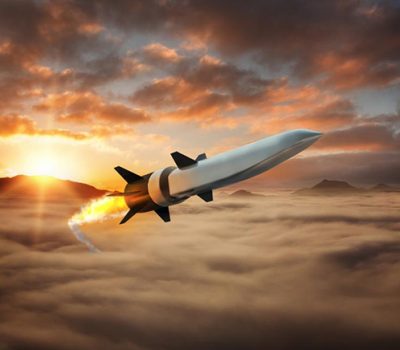 By Rachel S. Cohen
The Air Force is spearheading development of the Defense Department’s first hypersonic cruise missile. The service on April 27 reached out to industry to seek input on a “solid rocket-boosted, air-breathing, hypersonic, conventional cruise missile” that can be launched from existing fighters and bombers. Air Force acquisition boss Will Roper said April 29 the program will leverage work already done by the Defense Advanced Research Projects Agency and Air Force Research Laboratory, and partner with industry to speed the design into production. “We would absolutely pursue this the exact same way we did with [the Hypersonic Conventional Strike Weapon and Air-Launched Rapid-Response Weapon] as a rapid prototyping … program which is not encumbered by unobtainable requirements,” Roper said. 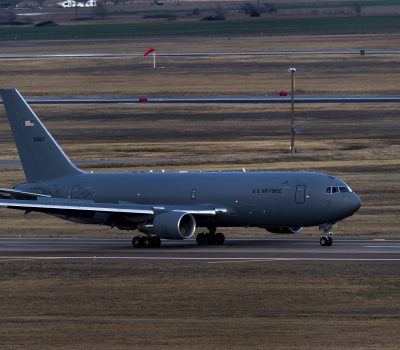 By Brian W. Everstine
Boeing expects to spend $551 million of its own money on the design and implementation of fixes to the KC-46 Remote Vision System, as part of a new $827 million charge on the aircraft, the company announced April 29. The Air Force and Boeing early this month announced “Remote Vision System 2.0,” an agreement to replace the cameras and other significant components of the new tanker, which have been the biggest problem plaguing development of the program. The remainder of the new $827 million charge, outside of the RVS costs, centers around “productivity inefficiencies” and impacts of the company’s decision to shut down its Washington state facilities because of the new coronavirus outbreak. 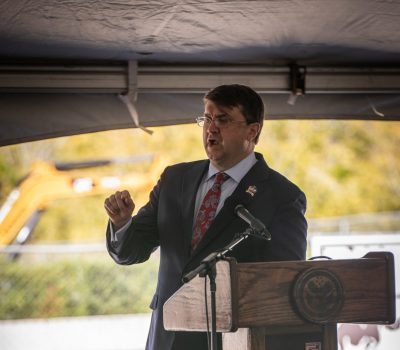 By Jennifer-Leigh Oprihory
The Veterans Affairs Department has treated COVID-19-positive veterans with the controversial drug hydroxychloroquine, but its use was in line with Food and Drug Administration regulations and wasn't experimental, VA Secretary Robert Wilkie said in an April 29 letter to Veterans Service Organizations. “Recently, a records review was posted on a public website at the request of the New England Journal of Medicine, out of one of our medical centers,” the letter states. “The review documented some initial findings on the use of hydroxychloroquine for treating COVID-19 that gained a lot of media attention. This led to misinformation about what did and did not happen at VA, and what the findings indicated.”

Aerospace Nation: A Conversation with the Honorable Matt Donovan

The Mitchell Institute for Aerospace Studies

Matthew Donovan, under secretary of defense for personnel and readiness, took part in a virtual discussion with retired USAF Lt. Gen. David Deptula, dean of AFA's Mitchell Institute for Aerospace Studies, for the April 28 installment of the think tank's "Aerospace Nation" series.

Of 325 Active-duty suicides in 2018, Soldiers and Marines took their own lives at 150 percent the rate of Sailors and Airmen, according to a report released April 27 by the Defense Department.

Air Force Procurement Chief: Three Space Launch Providers ‘Would Be Great If We Had Funding’

U.S. Air Force top procurement official Will Roper said he is gratified that an independent market study made public April 28 lends support to the decision to select two launch providers for the national security space launch program. “In a perfect world, we absolutely would continue with more providers” but that is not financially possible, Roper told reporters April 29 during a video conference.

With thermal vacuum testing having begun April 16, the next space-based missile warning satellite has reached a major milestone, the Space and Missile Systems Center announced.

The other OC-135 jet is in testing after receiving badly needed new digital cameras, but is years away from getting re-certified as treaty compliant.

Subcontractor Dies While Working at Vance Air Force Base

A safety investigation is underway after a man working on an elevator team died April 27 from injuries sustained at Vance Air Force Base, Okla. Taylor Lewis, 26, was working as a second-year apprentice as part of an elevator team with a company named thyssenkrupp when he was found unresponsive, according to a news release shared on social media by many local chapters of the International Union of Elevator Constructors, a labor union.

Boeing's chief executive said April 29 the company has begun cutting employees, seeking to reduce its headcount by about 10 percent. In a letter to employees, David Calhoun said the company is facing a decline in its production rates and the effects of the coronavirus outbreak.

For the first time in 12 years, Boeing executives expect the company’s defense and space unit to outperform its commercial airplane business, which is reeling from coronavirus and 737 Max losses. Boeing’s defense business has not outperformed its commercial side since 2008, when the commercial market was still recovering from post-9/11 declines and U.S. defense spending spiked during the wars in Iraq and Afghanistan.

Severe staffing shortages, infighting, and lack of comprehensive planning for infrastructure improvements would have handicapped the multibillion-dollar project, the inspector general said.

Retired U.S. Air Force Gen. Lori Robinson will be one of the presenters for the first-ever Air Force Virtual Women’s Fly-In, which will be held live on the Columbus AFB Facebook page from 8 a.m. to 4 p.m. central time May 11, 2020. With a nod to female aviation pioneers as the backdrop, the event, which is open to all Airmen regardless of gender or career field, helps Airmen create networks to learn more about experiences, leadership, and life.