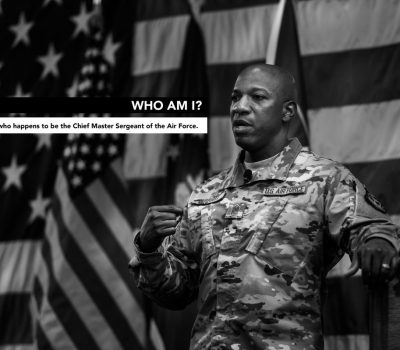 By Brian W. Everstine
The Air Force will conduct a “full and independent review” of its military justice system, looking at racial disparities in discipline and ways to improve the diversity of the service’s highest ranks as civil unrest continues to spread across the country. Chief Master Sergeant of the Air Force Kaleth Wright, in a lengthy, personal letter posted to his Facebook page, said he, and “so many others in our ranks” reacted with outrage watching George Floyd, a black man, die at the hands of a Minneapolis police officer on Memorial Day. “What happens all too often in this country to Black men who are subjected to police brutality that ends in death … could happen to me,” Wright wrote. “As shocking as that may sound to some of you … I hope you realize that racism/discrimination/exclusion does not care much about position, titles, or stature … So yes, it could happen to you, or one of your friends, or your Airmen, or your NCOIC, your Flight Chief, your Squadron Commander, or even your Wing Commander. This, my friends, is my greatest fear, not that I will be killed by a white police officer, … but that I will wake up to a report that one of our Black Airmen has died at the hands of a white police officer.” 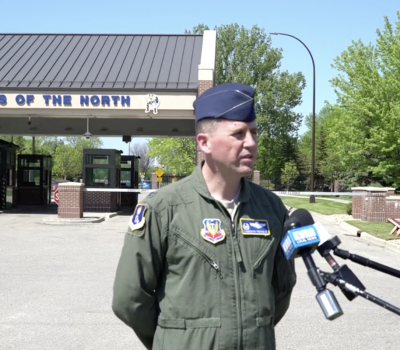 By Amy Hudson
Two Active-duty Airmen assigned to the 319th Reconnaissance Wing at Grand Forks Air Force Base, N.D., are dead following an early morning shooting at the base, according to an Air Force statement. 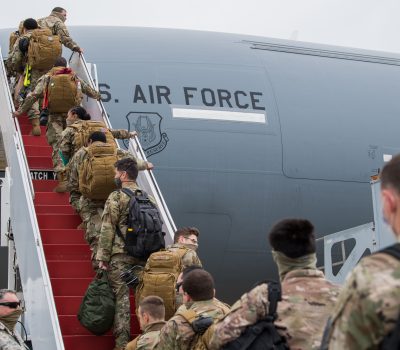 By John A. Tirpak
Top Air Force leaders will discuss an overhaul of the Air and Space Expeditionary Force model at this week's Corona meeting, the first to be held all virtually. The new AEF model, which may still get some revision before it is rolled out, will seek to standardize the way forces are grouped and presented to combatant commanders. It will have to dovetail with an emerging plan of flexible deployment, where small forces will detach to austere operating locations to operate for a time and then shift to new spot. The new AEF will probably roll out during the tenure of USAF's new Chief of Staff. 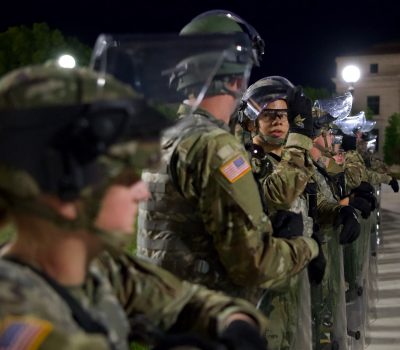 By Jennifer-Leigh Oprihory
President Donald Trump announced June 1 that he would mobilize “all available federal resources, civilian and military” to end the civil unrest sweeping the country since the death of George Floyd, a black man who died after being arrested by a white police officer in Minneapolis a week earlier. Trump said he “strongly recommended” that governors deploy sufficient National Guard forces to occupy the streets and stop violent protests. Earlier in the day, the number of Guard troops called up to quell violence had swelled beyond 17,000 in 23 states and the District of Columbia. Among them are at least 375 Air Guard members. 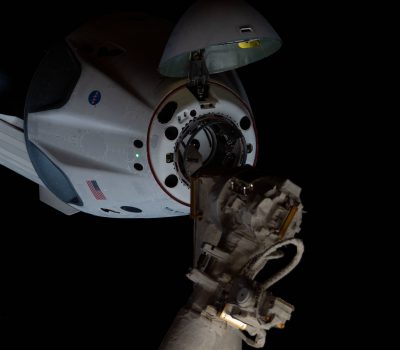 By Rachel S. Cohen
A top space operations official outlined how America’s foray into commercial space travel could shape the military’s work, on the heels of SpaceX’s successful Crew Dragon launch to the International Space Station on May 30. NASA and SpaceX launched two astronauts into orbit from U.S. soil for the first time since 2011, but Maj. Gen. John Shaw, the Space Force’s space operations commander, noted three significant differences from the space shuttle era: the bureaucracy, spacecraft, and technology. 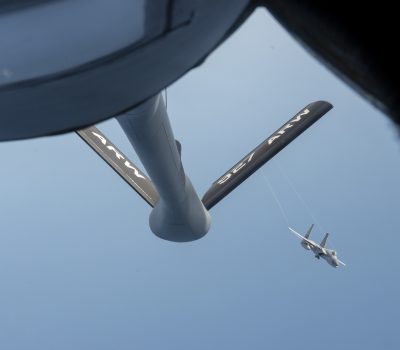 By Brian W. Everstine
As the SpaceX Crew Dragon rocketed into orbit carrying American astronauts on May 30, a team of USAF aircraft circled the airspace to ensure it was safe and rescue crews stood alert in case the mission did not go safely. “We all recognized the historical significance of the mission,” said Capt. Nathan Foltz, an instructor pilot with the 50th Aerial Refueling Squadron who flew a KC-135 in support of the launch. “We were all pretty excited about the opportunity to participate.” The Stratotanker refueled F-15s from the Florida Air National Guard that protected the air space around NASA's Kennedy Space Center. At the same time, Airmen with the 45th Operations Group-Detachment 3 stood alert in an operations center at Patrick Air Force Base, Fla.; along with Airmen and aircraft standing by at Joint Base Charleston, S.C.; and Joint Base Pearl Harbor-Hickam, Hawaii. The detachment’s pararescuemen, combat rescue officers, aircrew flight equipment specialists, and HH-60 Pave Hawks, HC-130Js, and C-17s were ready if the astronauts needed to be rescued. 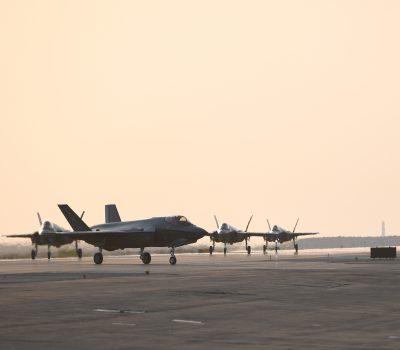 By Brian W. Everstine
F-35s and Airmen from Hill Air Force Base, Utah, deployed to the Middle East recently for the third time in 12 months. The aircraft and Airmen from the 421st Fighter Squadron touched down at Al Dhafra Air Base, United Arab Emirates, on May 30, according to the 380th Air Expeditionary Wing. The deployed squadron includes pilots and maintainers from both the Active-duty 421st and Reserve 466th Fighter Squadrons and Aircraft Maintenance Units. “The 421st Fighter Squadron completed their stand up in December and now they’re our latest squadron heading into the fight,” 388th Fighter Wing Commander Col. Steven Behmer said in a release.

Sixteen West Point cadets have tested positive for COVID-19 after returning to the campus for a commencement address by President Donald Trump scheduled for June 13, according to sources on Capitol Hill. The affected cadets, a fraction of the 850 who have returned to the campus since spring break in March, are receiving treatment, but are not showing symptoms of the disease, Army Lt. Gen. Darryl Williams, the West Point superintendent, said in an interview.

Defense Secretary Mark Esper compared protests in cities across the country over the weekend to “battlespace” in a White House call with governors on June 1, urging leaders to overwhelm protestors to restore the peace.

National Guard Involved in at Least Two Shootings, One Fatal, in Response to Protests throughout U.S.

A soldier with the Minnesota National Guard fired his weapon at a moving vehicle on the night of May 31 in Minneapolis as street protests turned violent over the death of a man in police custody, Army Maj. Gen. Jon Jensen, the state’s adjutant general, said during a news briefing. The shooting in Minneapolis is at least the second reported incident of a Guard member activated to help control protests using a weapon. In Louisville, Ky., a National Guard member and a city police officer were involved in a fatal shooting on June 1, Kentucky Gov. Andy Beshear said in a statement.

The Pentagon’s costliest program, Lockheed Martin Corp.’s F-35, is starting to look a little less expensive, with the latest estimate for development and procurement down 7.1 percent to $397.8 billion.

OPINION: Space Force Should Bring in Expertise from Other Military Services

The Air Force's HH-60W Combat Rescue Helicopter flew its first combined test mission with the Army's AH-64 Apache aircraft on May 19, according to a notice published June 1. The joint flight took place at Eglin Air Force Base, Fla., where the 413th Flight Test Squadron oversees developmental testing of the Sikorsky-built CRH that's replacing the Air Force's legacy HH-60G Pave Hawk fleet. The Army sent in the Apache combat helicopter for the event from Redstone Army Test Center, Ala.

The Russian military on June 1 accused the U.S. and its NATO allies of conducting “provocative” military drills near the nation's borders, a statement that reflected simmering Russia-NATO tensions. Col.-Gen. Sergei Rudskoi of the Russian General Staff said Russia has sent a formal letter to NATO proposing to scale down each other's military activities for the period of the coronavirus outbreak, but the alliance has stonewalled the offer.

The Taliban has maintained ties with al-Qaida despite signing an agreement with the United States the Trump administration has touted as a commitment from the insurgents to break from the terror group, according to a United Nations report released June 1. The report, prepared by the U.N.’s Analytical Support and Sanctions Monitoring Team, says the Taliban assured al-Qaida of continuing ties even as it negotiated with the United States.

The building that will house the National American Huey History Museum will include space for a living history museum and maintenance and repair hangar for the aircrafts, which first served during the Vietnam War. But construction on the facility is happening much sooner than expected after its founding nonprofit learned the home of their temporary museum facility will eventually be demolished.